(Haters here is the original pic)

Epix is feeling pressure from Britney fans for dubbing the audio on Britney’s Femme Fatale Tour special. They claim the audio on their clips is the recordings from the Toronto show.
Check out this comparison of live vs. Epix. It features Gimme More, Beautiful and 3.

Britney tweeted fans a new clip of the Gimme More performance from the FemmeFatale Tour DVD.

‘
‘9 more days until The Femme Fatale Tour airs on @EpixHD! Gonna give you a sneak peek of ‘Gimme More’ right now’’ Britney Spears may be the leading lady on the Femme Fatale Tour, but that doesn’t mean she doesn’t want to bring some guys along for the ride. Next up, Backstreet Boy Howie D is slated to hit the road with Spears, following in the footsteps of DJ Pauly D and Joe Jonas. The South American tour dates — which kick off November 20, days after Howie releases his solo album Back to Me — were an enticing offer to the pop singer.
“I embraced it with open arms,” he told MTV News of the trek, which ends November 28. “She’s such a great, talented person. We’ve known each other for many, many years.”
He isn’t lying: Howie and Britney grew up together in the industry, with the Backstreet Boys and Spears two of the figureheads of the late-’90s pop revival. Howie said they’re rooted in the same place, which will lend itself nicely to touring together.
“We kind of came out of the same camp, out of the Orlando pop scene with us and ‘NSYNC and Britney,” he recalled. “I feel like we’ve all grown together and have very similar, parallel lives with us and our music, [with] certain moments being very, very hot, certain moments not, and just riding the wave up and down as it’s going. Even [with our] personal lives, having families, having kids. I have a huge respect for her, not only as an artist, but as a person. It’s good to be around people you’ve known and people you’ve grown up with.”
So what keeps people coming back for more from the likes of Howie and Britney? He has a theory: “It’s a test of good music being out there,” he said. “We really take pride in making good records, timeless records, and being true to our craft and trying to give our fans what they want … trying to constantly take each record to the next level, push the envelope.” Britney is going to trade out her jean shorts and bedazzled pink bra on the Femme Fatale Tour for overalls, a baggy T, fedora, sunglasses, socks and shoes. OK, not really, but she IS planning to take it down a notch when she performs as the opening act at the Formula 1 after-race concert in Abu Dhabi later this month.

Britney wants to respect UAE’s Muslim culture by wearing more clothes and toning down the provocative dance moves. A source close to Britney told Arabian Business that she would amend her performance to avoid offending local customs during her Yas Island show. 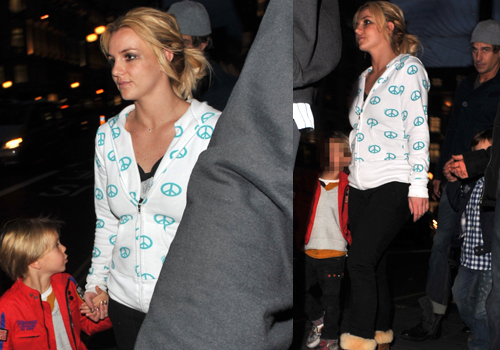 Britney and her family – her sons, Jayden and Sean, and boyfriend Jason –
were seen shopping at Hamley’s toy store in London, UK. 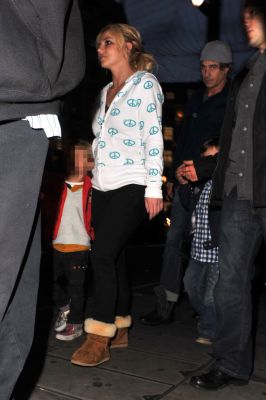 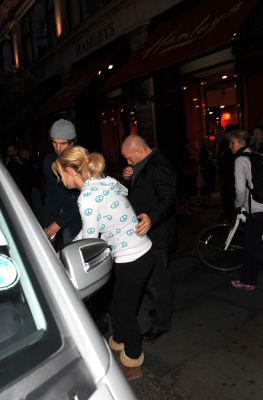 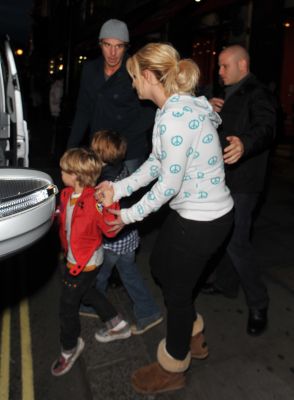 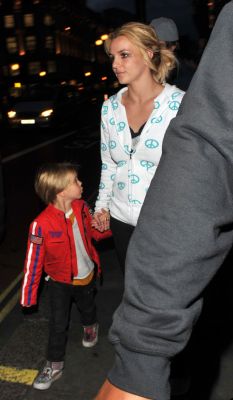 The DVD was filmed during her shows in Toronto, Canada back in August and will be shown on EPIX on November 12. The show was shot both in 2D and 3D. The release date for other countries has yet to be announced.
‘‘Mark your calendars people – the Femme Fatale Tour Live DVD will be out Nov 21 in the US & Canada. Can’t wait for you all to see it’’
‘‘WOW thank you all for voting me into @mtvema’s Worldwide Act category… so honored to be North America’s nominee. http://tv.mtvema.com/vote’’