HENRY CAVILL as Clark Kent on the 'Man of Steel' set

A Closer Look At Metropolis And Henry Cavill As Clark Kent 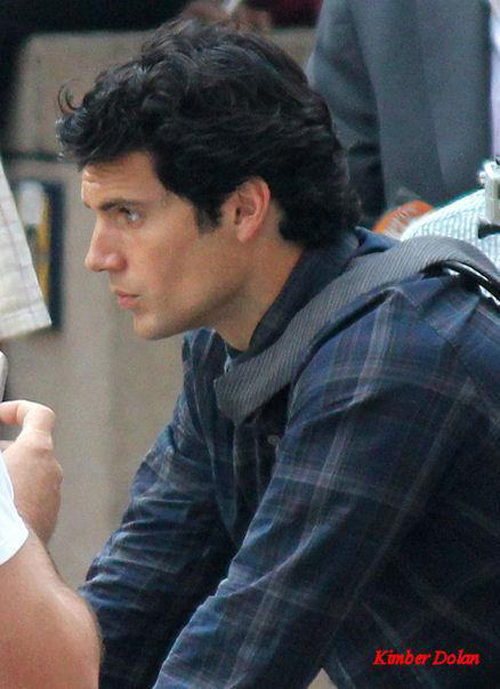 We’ve seen Henry Cavill in the new reds and blues in his full Superman costume. Today we get a good look at Superman’s alter ego in some images of Cavill as Clark Kent. We also get better looks at some of the Chicago sets that are standing in for Metropolis. When we got images from the ‘Man of Steel’ set yesterday, I said that Chicago was doing a beautiful job standing in for the City of Tomorrow and, after seeing the images below, I stand by that remark wholeheartedly. It’s exactly how I picture Metropolis in my mind. 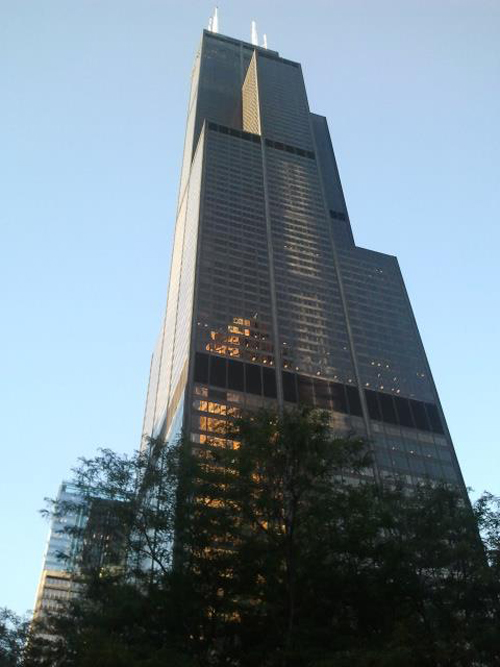 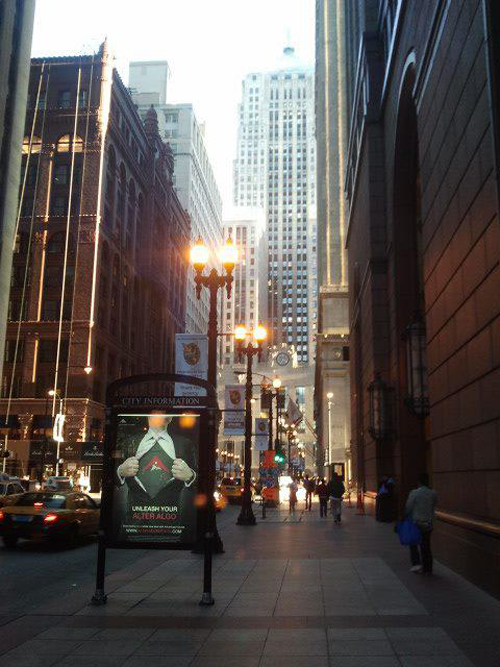 I love the “Unleash Your Alter Algo” poster. How very appropriate. 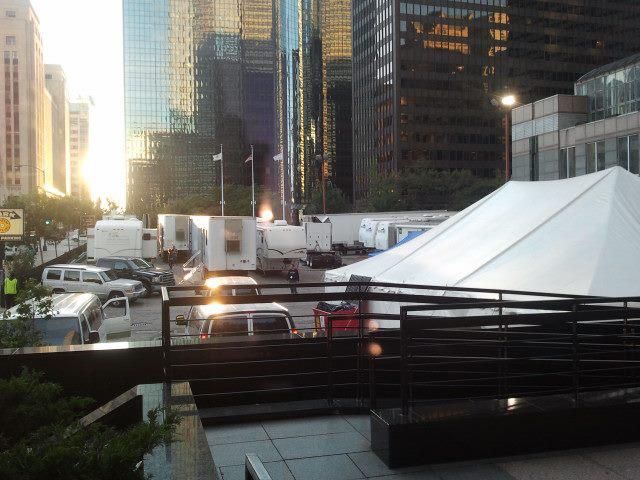 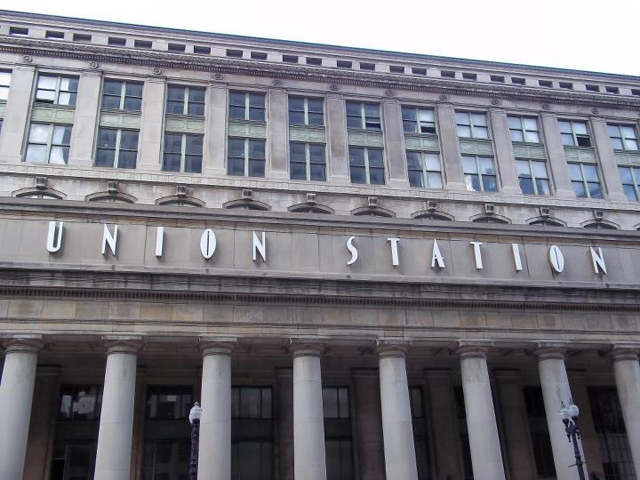 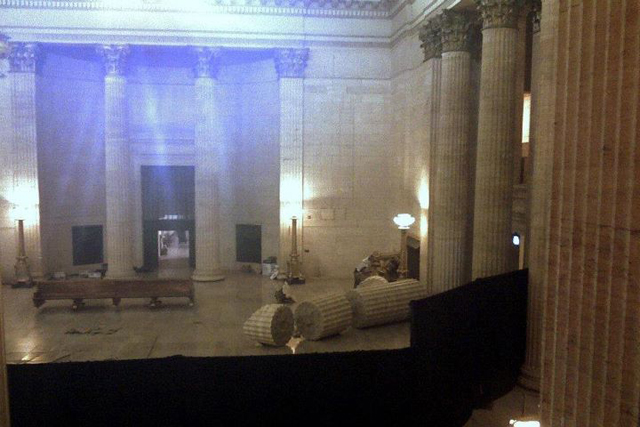 Destruction inside Union Station. It looks like things heat up the moment Clark arrives in the City. 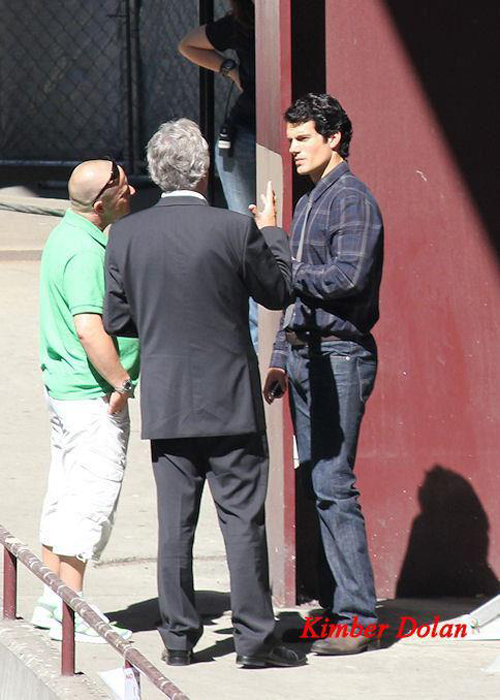 A better look… where are Clark’s trademark glasses? (lol who cares) 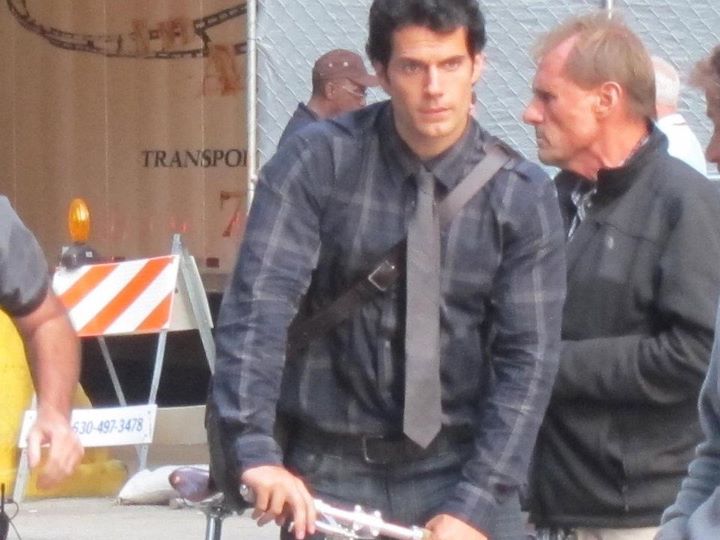 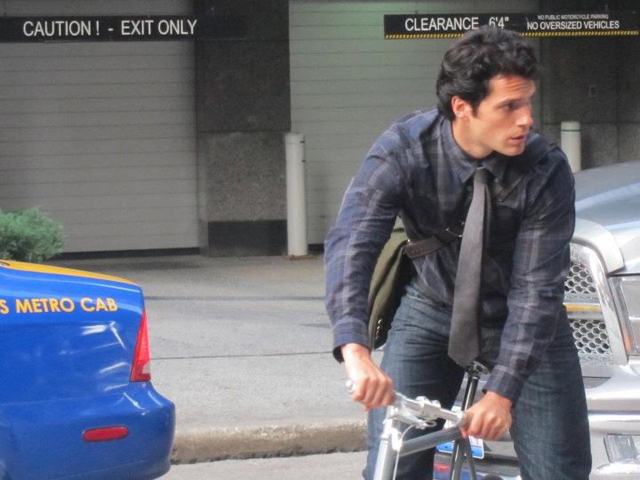 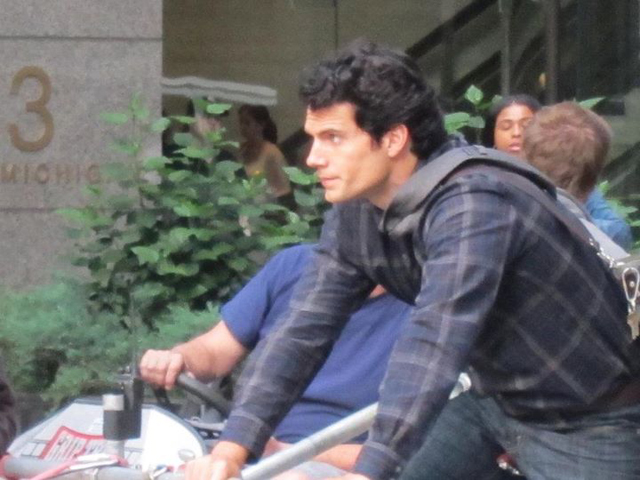 Why doesn’t Clark have his glasses? I expect that, if these images reveal Clark’s few few moments in Metropolis (he IS at Union Station), he may have not come up with the disguise yet? I hope so because, Clark’s glasses get picked on as one of the worst disguises in comic-dom, but at least it’s something! Like this, everyone’s just going to yell “Look! Superman in a tie! …on a bike?”

For the full set of images, check out the ‘Superman: Man of Steel’ (2013) Facebook page.