One to watch: Lana Del Rey 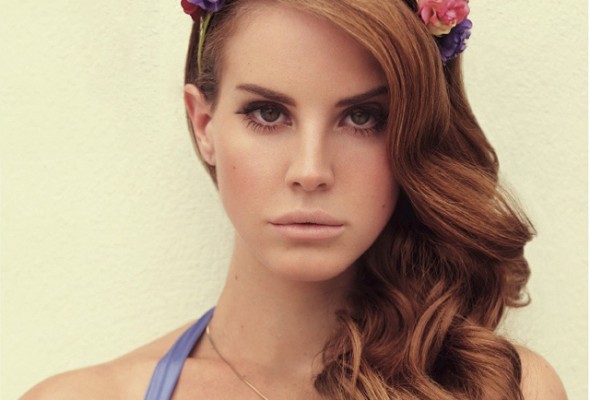 "I just put that song online a few months ago because it was my favourite," the 24-year-old American explains. "To be honest, it wasn't going to be the single but people have really responded to it."

"Video Games" – languorous, sinister and cathartic – nails that awful feeling of being ignored by the person you love. "I get very sad when I play that song," says Del Rey, explaining that the inspiration came from more than one past relationship. "I still cry sometimes when I sing it."

"Video Games" also crystallises Del Rey's overall appeal: a doll-like creature, all dark lashes, huge pout and bouffant hair, staring into the camera and singing about undressing for a man who treats her like crap. But somewhere under the vulnerability there is a look in Del Rey's eye that suggests whatever happens to her from now on isn't half as bad as what's happened to her before. Both the song and the hit YouTube video are chilling.

Lana Del Rey – also known as Lizzy Grant –was raised in Lake Placid, a town in New York state close to the Canadian border, which she describes enigmatically as "the coldest place on earth" and which sounds like somewhere David Lynch, who she cites as an influence, would set a TV series.

She is politely reticent about her childhood, mentioning two younger siblings and parents who are "fine" with her being a professional musician. A self-taught guitarist, Del Rey says that hip-hop was her first musical love, specifically Biggie Smalls and Eminem. Later, when she moved to New York to study metaphysics at college – she specialised in "working out whether we could mathematically prove God's existence" – she discovered Bob Dylan and Leonard Cohen. After striking up a friendship with the Spanish Harlem-based rapper Princess Superstar and moving to a trailer in New Jersey, Del Rey developed a love of Nirvana, an enthusiasm she still has today.

But her loner status seems to have been shaped at 15, when she went to boarding school. "As a teenager, to be in a place you can't leave is dangerous because if people don't like you, you can't get away from them. Then you might start to think that's the way the world is [always] going to be."

Del Rey reveals herself to be articulate, smart and insightful. But "likes" pepper her sentences; she describes melodies as "super pretty" and her eyes flit girlishly downwards when she talks. She seems to be playing up her youth and describes herself as "Lolita got lost in the hood". Her music does have an innate childlike melancholy to it. But in person the popstar she is most reminiscent of is Lily Allen.

She has been in the music business for a while and previously made an entire album with mega-producer David Kahne, shelved for reasons unclear. Del Rey found success when she started writing her own pop songs, though when asked if she writes alone her voice goes hard and she says: "If there's a man in the room when you write he gets 50%." It's a nearly true indictment of the frosty world of music royalties, but also an indication of her steeliness.

Lana Del Rey isn't exactly garrulous, but always says just enough; though our interview is long and uninterrupted, she raises far more questions than she actually answers. She leaves the impression of someone both shrewd and vulnerable, which combined with the quality of her songs, is not only an intriguing concoction, but feels like the embodiment of genuine star quality.

"Video Games"/ "Blue Jeans" are released on download on 9 October and as a limited 7in vinyl picture disc on 10 October on Stranger Records.
Source: Guardian