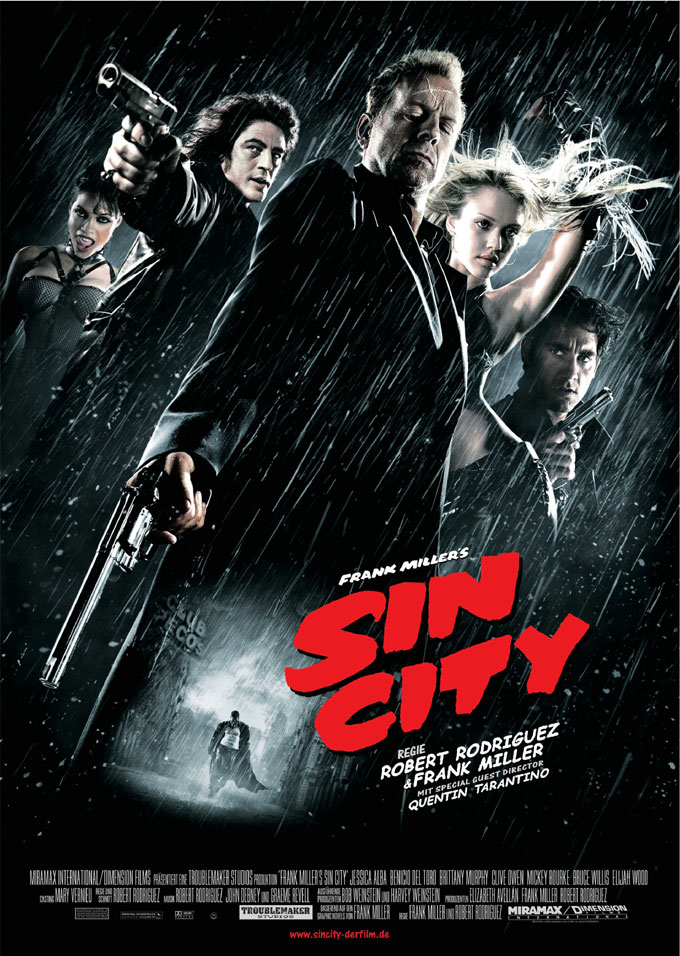 Robert Rodriguez and Frank Miller are bringing in some Oscar-winning firepower to help shape the script for Sin City 2, the sequel to their 2005 hit graphic novel adaptation.

William Monahan, who won the Oscar for best adapted screenplay for 2006’s The Departed, has been hired to work on the script, according to sources, supplementing a draft completed recently by Miller.

Momentum has been building lately behind the long-in-development sequel to Sin City, which grossed a healthy $100 million worldwide in 2005. Rodriguez, who co-directed the original with Miller (who scripted and authored the source material), said at Comic-Con in July that financing for the sequel had been arranged and shooting would begin as soon as a script could be locked, possibly by the end of this year.

It’s not clear which actors would return from the original, though rumors on fan websites have suggested a storyline featuring the characters played by Mickey Rourke and Jessica Alba. Rodriguez indicated to THR during an interview at Comic-Con that actors playing characters that survived the first film are expected to return, and that because much of it is shot in pieces against green screen that scheduling shouldn’t be too difficult.

Monahan has been in high demand since taking home the Oscar. His active dossier includes the scripts for the hot Tom Cruise sci-fi project Oblivion, which is currently casting at Universal, as well as a slew of other projects. As THR first reported on Friday, Monahan also is reuniting with his Departed director Martin Scorsese for a remake of the 1974 drama The Gambler.