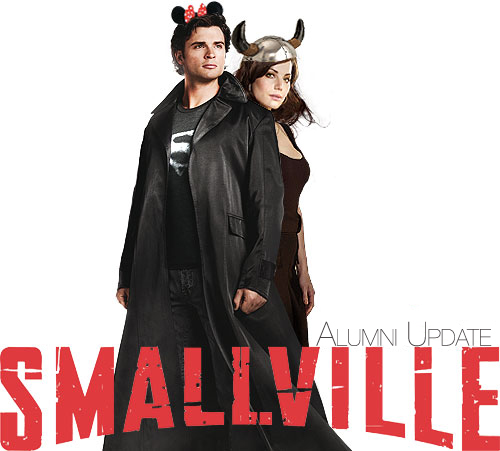 Exclusive: Smallville's Erica 'HBIC' Durance Strikes a Spark With One of Charlie's Angels
Charlie’s Angels executive producer Al Gough wasn’t kidding when he said the other day, “We’d obviously love to have any [Smallville alumni] come on the show.” In fact, it now seems he may have been holding out when he said that.
A studio source confirms for TVLine that Erica Durance — whom Gough cast as Lois Lane during his and Miles Millar’s lordship over Smallville — will guest-star on ABC’s new Angels as Samantha Masters, a tough-as-nails, Glock-toting CIA operative who has a bit of a romantic history with Bosley (aka “the fourth angel” in this new take, played by Ramon Rodriguez).


In fact, their unexpected (and at times intense) crossing of paths while each on assignment in Cuba lets slip a bit of Boz’s checkered past, including a few of his aliases and a hint at what bad-boy behavior ultimately led him to Charlie Townsend’s redemption-by-private-investigation program.

As Smallville entered its final stretch, Durance told me of her future acting plans — after I specifically suggested she be one of the new Charlie’s Angels! — “I just want to kick ass and take numbers! We’ll see if I get the chance.” Well, that chance is now on the horizon. Charlie’s Angels premieres Thursday, Sept. 22, at 8/7c, with Durance’s episode tentatively set to air in mid- to late October.

Durance recently shot a pilot for Canada’s CTV, Saving Hope, where she stars as the Chief Surgical Resident of a hospital. 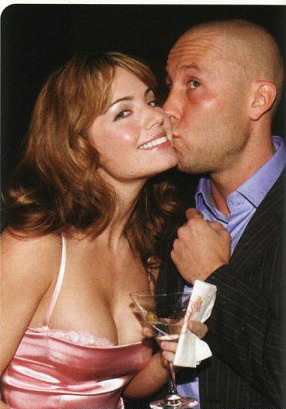 Al Gough Sizes Up Smallville Finale, Michael Rosenbaum's Bid to Be Angels' Charlie
If Michael Rosenbaum has anything to say about it, Smallville fans will hear a very familiar voice bossing around ABC’s new Charlie’s Angels – though he is unlikely to land the gig, in the wake of Robert Wagner vacating the role. “Rosenbaum keeps sending me voice tapes to be the voice of Charlie — seriously,” Charlie’s Angels executive producer Al Gough — aka one of Smallville‘s original shepherds — revealed with a chuckle after the ABC show’s Television Critics Association summer press tour panel.
Gough’s reaction to the overture? “I think [Michael] might be a little young,” he shared, “but we’d love to have any [Smallville alumni] on the show.” (Props to TheTVAddict for raising that topic with Gough.)
Speaking of Smallville: Gough copped to not keeping up on the show, especially during the past year as he groomed ABC’s Angels, so he “thought a lot of [the series finale] was confusing.” But, he allows, “It’s hard to wrap up any show that’s gone 10 years, and I think they did the best they could.”
Gough confirmed for me that back when he and Miles Millar (also an EP on Angels) first launched Smallville, “The final image was always [Clark Kent] suiting up [as Superman] and flying away — but back in the day there was going to be more of thing with him and Lex (played by Rosenbaum)…. It all came down to the Lex-Clark dynamic.” Gough said that even though “it was always a dance” with Warner Bros.’ feature film division as to how much Superman imagery the TV series could evoke, he and Millar always had the green light to, when the time eventually came, bust out the Supersuit and send Clark to the sky.


Just as Smallville wrapped its 10-season run, Freeman landed a role on the A&E pilot Longmire, which is based on the Walt Longmire Mystery novels by Craig Johnson and revolves around a dry-witted Wyoming sheriff (played by Matrix actor Robert Taylor). Freeman plays Longmire’s daughter Cady, while Battlestar alum Katee Sackhoff is Vic, one of his deputies.

Chuck Scoop: Lost's Jeff Fahey, Smallville's Justin Hartley to Guest Star
Chuck has hit the TV fanboy jackpot: Lost‘s Jeff Fahey and Smallville‘s Justin Hartley have been tapped to guest star in this season’s second episode, TVLine has confirmed. Fahey will play Karl Sneijder, the president and CEO of diamond giant Natal Jewelers. Although he’s been under CIA scrutiny in the past for alleged criminal activity, nothing has ever stuck. He comes to Chuck and Sarah’s spy shingle Carmichael Industries for help when his innocent little brother, Wesley, is kidnapped.
The lil’ bro role will be played by, you guessed it, Hartley.
Chuck‘s fifth and final season kicks off Friday, Oct. 21.