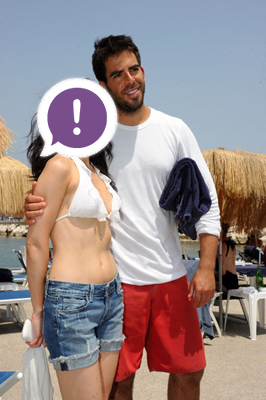 Moviemaker Eli Roth has warned horror fans not to take their kids into his maze of terror during Universal Studios theme park’s Halloween celebrations this year – because the attraction is strictly R-rated.

The Hostel director has been working on the idea with Universal bosses for the past eight months and he’s convinced it will shock and terrify the hardiest film fan when it opens in the run-up to 31 October at the California theme park.

Roth has been a regular at the park’s annual month of horror nights and the Eyegore Awards, which launch the freaky festivities, for over a decade and he admits the maze attraction is “a nightmare” come true for him.


He tells WENN, “I proposed the idea last year at the Eyegore Awards, and we’ve been designing the maze together for nearly eight months. I was blown away by the production value. Every sick, wild idea I had they rendered perfectly, and they came up with many ingenious, twisted scares as well.
“They are real horror fans at Universal; they love it as much as I do, and it was a true collaboration. But be warned: this is not for kids, nor for the weak of stomach. It’s a full-on Hostel maze, no punches pulled, only intestines. It’s my nightmare come true.”