All the negative spirit I bring (

16-Year-Old Bride Did NOT Have Boob Job, Says Plastic Surgeon 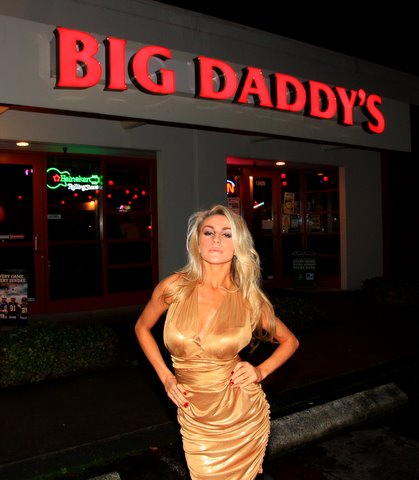 Courtney has blonde bombshell good looks that many people are calling fake, so RadarOnline.com spoke exclusively with a plastic surgeon who examined her to get the the bottom of the case.

Dr. Gabriel Chiu, a board certified plastic surgeon from Beverly Hills Plastic Surgery Inc. who has performed more than 10,000 breast surgeries, examined Courtney on July 6 and told RadarOnline.com: "In my professional opinion Courtney Stodden does not have implants. Her breast are 100 per cent natural and organic."

Accompanied by her husband, Courtney allowed Dr. Chiu to perform a complete exam on her and gave the doctor permission to reveal his findings to RadarOnline.com.

"I did four tests to determine that she has not had breast implants," Dr. Chiu said. "I looked and carefully examined the four areas where someone would normally have a scar from surgery - the armpit, aureole border, the belly button and the fold under the breasts, and Courtney did not have any scars. If you know how to look for the scars you can find one and I did not find a scar.

"I did a breast examination and Courtney's felt like normal breasts. If someone has implants either below or on top of the muscle you can squeeze and felt the implant moving around but I did not feel implants in Courtney.

"There is a test where a patient holds their palms in front of their face and pushes their palms together. If there are implants they will rise, but when Courtney did the test, her breast did not rise.  No implant was identified.

"When a person with implants lies down the implants will stay perky, they won't fall and if they're put in through the armpit they will ride up but when Courtney laid down neither happened.  Her breasts fell like natural breasts do."

As RadarOnline.com previously reported, her mother Krista Stodden said her daughter has "real breasts, real lips, she is not plastic."

With all of the tests complete Dr. Chiu confirmed what her mother said and determined that Courtney's breasts are real. "I proclaim her to be organic."
who gon check the queen now?