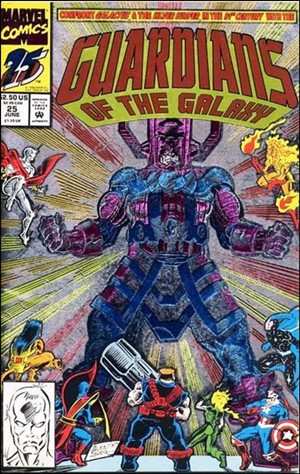 When writing about the forward movement on Marvel's big screen adaptation of Doctor Strange we commented that things were going to get weird with the Marvel slate of feature films soon. With the slate of available big marquee titles dwindling the film division is having to dig deeper into the catalog for some of their lesser known titles and the Cosmic side of the Marvel Universe will soon be present on the big screen in a big way.

Marvel's Kevin Feige is a big fan of this aspect of the company's library and was a big proponent of moving forward with Doctor Strange. So what comes next on that front? How about a big screen version of Guardians Of The Galaxy?

Originally created in 1969 and resurrected in 2008, Guardians of the Galaxy that begins as a far-future story revolving around a group of alien beings - each the last of their kind - who eventually travel back in time to protect the earth from alien invasion. Feige first raised the possibility of a Guardians Of The Galaxy feature in an interview with MTV in June of 2010 but it appears they have now decided to move ahead with the project as sources tell Twitch the film version is now in active development. Expect the on-screen Marvel universe to get a bit bigger soon. 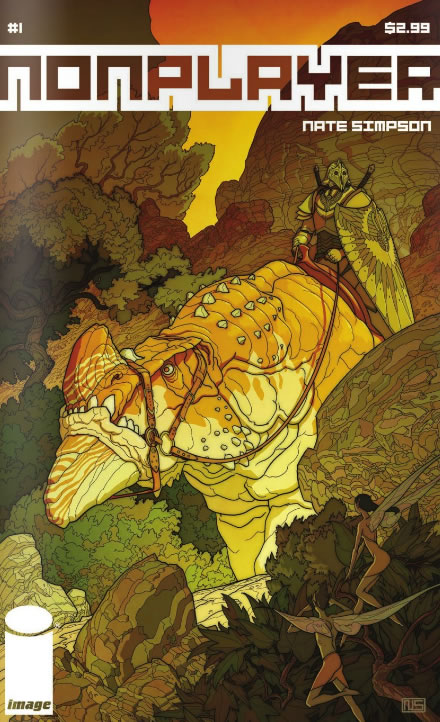 "Nonplayer" is a sci-fi/fantasy story about Dana Stevens, a brilliant young woman who retreats from the dismal workaday world of the future into the digital fantasy realm of Jarvath, where she's a fearless warrior.

First of six issues went on sale in April.

Prior to "Nonplayer," Simpson worked as a videogame concept artist.