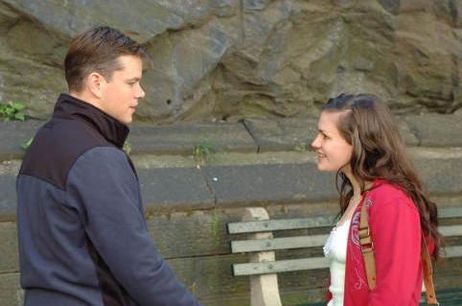 Ten years after the tragic events of 9/11, that also serves as the backdrop to the film, Kenneth Lonergan‘s long-awaited, and forever delayed “Margaret” will finally hit theaters on September 30th, according to Exhibitor Relations.

The journey for the film has been a long and difficult one, but here’s what you need to know. Filming had actually wrapped way back in 2005 but for a variety of reasons, completing the film became a nightmare. Foremost, a legal battle erupted, with suits and countersuits filed, as Lonergan simply could not find the picture in the editing bay. Lonergan apparently requested further time in the editing room, while multiple editors apparently also took control of the film at various points both with and without Lonergan’s ok. Even late producer Sydney Pollack became infuriated with Lonergan’s “unprofessional and irrational behavior.” At one point, it was rumored that 300 pages of script were shot—so no wonder he had trouble wrangling this thing into a manageable size—but the sticking point became the length of the film: Lonergan’s cut ran about three hours, but his contract with Fox Searchlight stated he needed to bring it in at two hours.

We figured the film to be lost to the sands of time, but a ray of light appeared this spring when producer Gary Gilbert said he hoped to get the film into theaters by the end of the year. The project took another interesting direction when it was revealed in May that Martin Scorsese was working with Lonergan to “arbitrate” a cut of the film. We still remained skeptical that this would be completed, but alas, it seems it has.

Starring Anna Paquin, Mark Ruffalo, Matt Damon, Matthew Broderick, Jean Reno and Olivia Thirlby, the film has echoes of 9/11 survivor’s guilt, and follows the ramifications of a tragic bus accident as seen through the eyes of a high school student desperate to parse the tragedy for a deeper spiritual meaning. On paper it sounds great, but that release date is worrisome. It’s essentially just over a month away with nothing in the way of marketing. We have an uneasy feeling that Fox Searchlight is simply making good on their contractual obligations, and will dump the film in a (very) limited release before it quietly disappears from theaters. No word yet on the running time, but we doubt we’re getting the three hour cut that Ruffalo described as a “masterpiece” calling it “a very, very finely interwoven piece of material and it’s so beautiful….It was beautifully shot, beautifully acted, and the writing is incredible. It’s a love story to a post-9/11 America and New York City.”

It’s a rather anti-climatic end to such a long journey and we hope that Lonergan’s version at least gets a DVD/BluRay release. But one “lost film” has now been found and is coming to theater—let’s just hope it’s one near you.