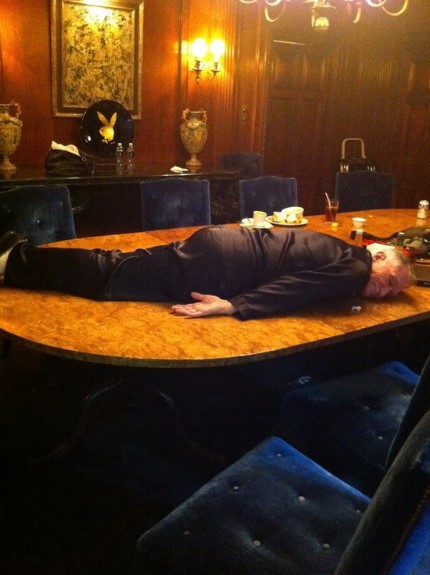 aww he looks so peaceful!
Hugh Marston Hefner, founder and Chief Creative Officer of Playboy, passed away this evening while having intercourse with a dinner table. No splinters were reported.

The old nut buster was convinced by his new personal playmate Anna Sophia Berglud to plank on a dinner table. 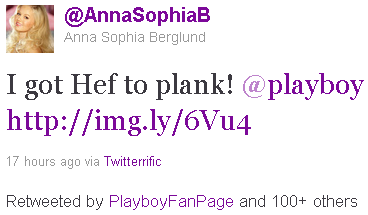 God this idiotic trend needs to be over.
Source
And you thought planking was dumb? Wait till you hear about Cone-ing!

Cone-ing is a video fad where participants order an ice cream cone at a fast food drive-through. When they are handed the ice cream by the server, they grab it by the ice cream end instead of the cone, often leaving the drive-though attendant shocked and bewildered.