"Of you, and me..." Paramount has unveiled the first trailer for Drake Doremus' indie Like Crazy, one of my favorite films of the Sundance Film Festival. Like Crazy stars Anton Yelchin as a college student who meets a young British girl, Felicity Jones, also studying in LA, they fall in love, but she overstays her visa, gets in trouble and has to remain in the UK. And since you guys need to know about the casting, Jennifer Lawrence is in the mix, too. I'd call this the 500 Days of Summer-meets-Blue Valentine of 2011, because it's an emotionally heavy film, but of the same extraordinary quality as both. I can't recommend it enough!

Watch the first official trailer for Drake Doremus' Like Crazy:

You can also download the trailer in High Defintion on Apple 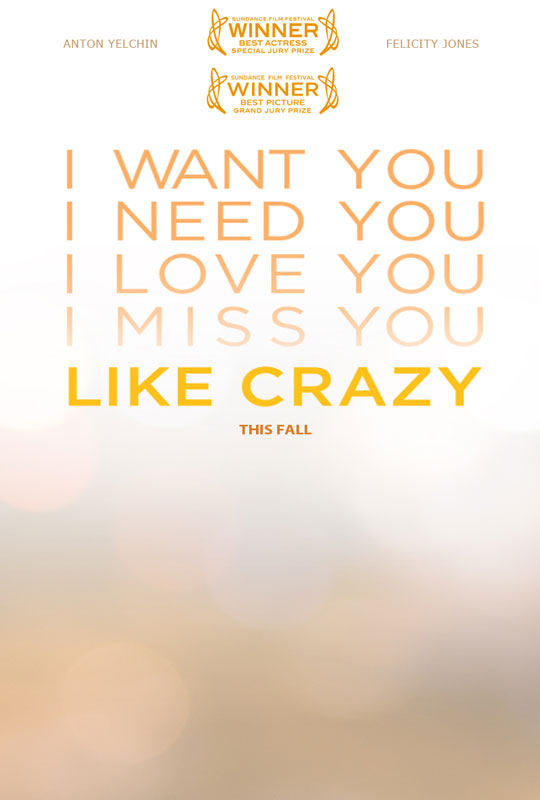 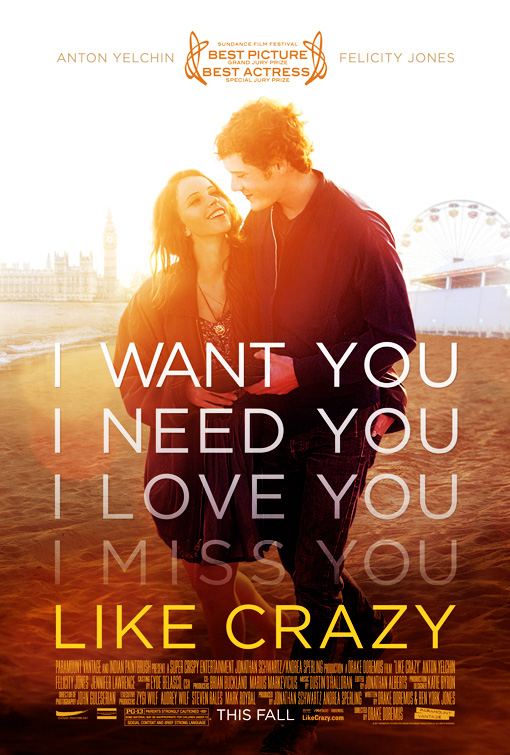 Like Crazy is written and directed by up-and-coming American filmmaker Drake Doremus, of the indie comedies Douchebag, Spooner and Moonpie previously. The screenplay was co-written by Doremus and actor Ben York Jones. This premiered at the Sundance Film Festival earlier this year, where it won Grand Jury Prize and a Special Jury Prize for Acting to Felicity Jones. Paramount Vantage is bringing Like Crazy to theaters starting on October 28th this fall.
Sources: 1, 2, 3, 4.