it was acceptable in the 80s ( 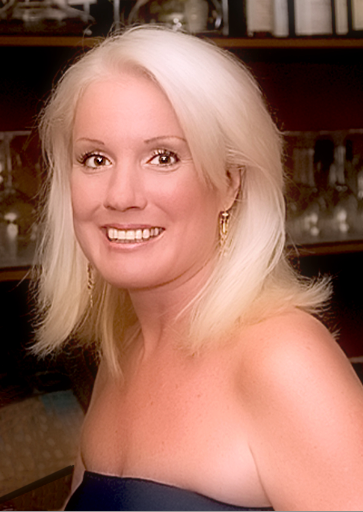 Aaron Carter made headlines this week for an OK! Magazine report that quoted him as saying Michael Jackson provided him with cocaine at the age of 15. However, as of yesterday, a rep for Carter told TMZ that the tale was a complete fabrication, and referred to a YouTube video of the interview between Carter and Daphne Barak as proof.

While TMZ has yet to hear from Barak (whom they "reached out to" for comment), Barak's team posted another portion of her interview with Carter online last night. And while this latest audio snippet does not relate to any of the alleged quotes currently published in OK Magazine, it is still quite, uh, interesting, to say the least.

Barak obviously means to stir up some more controversy, and controversy she shall have.

The 1:33 long audio clip starts with Aaron Carter in the middle of telling a story. He claims that he once spent the night at Michael Jackson's house, sleeping in the same room as the late singer, whose toddler children slumbered close by in the room next-door.

While the context of this story is not exactly clear, Daphne Barak can be hear on tape interrupting Carter's tale, commenting that he must've been "scared, 'cause, y'know, yeah, what are you going to do." Carter simply replies, "Yeah."

He then described how he often used to play with Jackson's children, Prince and Paris: "Usually, [Michael] didn't want anyone hanging out with his kids. But me? I spent hours with his children."

The last few seconds of the clip are hard to discern, although Carter can clearly be heard stating he and Jackson used to talk "all the time."

Carter previously told PEOPLE Magazine, back in 2004, quote, “I went to Neverland for [Michael's] birthday bash. […] Until 5 A.M., me, him, and Chris Tucker were out on four-wheelers, riding around in the mountains.

"Nothing happened between me and Michael. We didn’t sleep in the same room, we didn’t share a bed. We have a normal friendship.”

Again, during a 2006 interview with Howard Stern, the now-23-year-old was asked, "Did you have sleep overs with Michael Jackson?"

Stern remained persistent: "Did [Michael] ever suggest you have a sleep over?"

"No, never, never heard anything like that!" the former teen idol said.

When Stern then asked Nick Carter if his brother was "viewing the situation wrong," Aaron snapped back: "It really pisses me off that people would think about Michael like that because --" 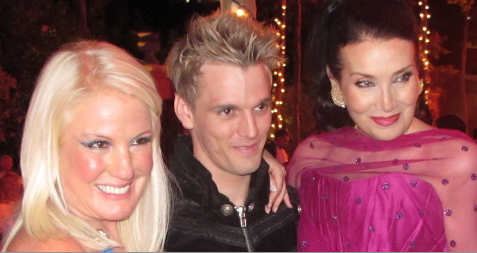 (Daphne Barak and Aaron Carter, photographed at a recent charity event in Marbella, where the singer is said to have "kick[ed] off his upcoming record")


So what to believe? Did the Aaron Carter of 2004 and 2006 lie (all while the criminal investigation into Jackson was underway, might I add)? Or is the Aaron Carter of 2011 lying? And was the suspect scene Carter described to Barak (above) meant to stand alone, or is the larger picture of this tale still missing? Only time will tell.

Meanwhile, Daphne Barak has yet to produce video or audio evidence of Carter stating that Jackson gave him cocaine and alcohol when he was 15-years-old. In the longest video of the interview currently released, Carter merely states that Jackson drank an alcoholic beverage "around" him, during his 45th birthday bash, and that, to his knowledge, Jackson was not a drug addict.

One must admit, that is quite a different yarn than the one currently spun in OK Magazine. So which is the truth?

I emailed Daphne Barak (nydesk@daphnebarak.com) last night to find out, and surprisingly, I received a speedy response. A woman named Linda Green (who works for "Daphne Barak's office") told me the following:

"We NEVER post any of Daphne's interviews on our website. She is syndicated worldwide through leading TV and print outlets, which carry the interviews exclusively in their markets. On the website - we only post short Mpegs of some of her lengthy interviews. In  this case -  couple of minutes out of hours!

"Another short Mpeg will be posted after all our outlets finish with it, as usual. The published version is still much softer than what Aaron said in length."

Wait, what? So we'll never see proof of Aaron Carter's alleged claims that Michael Jackson supplied him with alcohol and cocaine? We'll never get to hear Carter's supposed declaration that his mother called the police on Jackson in either 2002 or 2003?

Because if I'm reading this correctly, Linda Green appears to have stated that, even after Barak's "outlets" are finished with the valuable video/audio proof of her interview with Carter . . . we, the public, will only ever have access to a short, "much softer" version. For some reason.

Stay tuned for further updates of this weary, bizarre saga. . . .