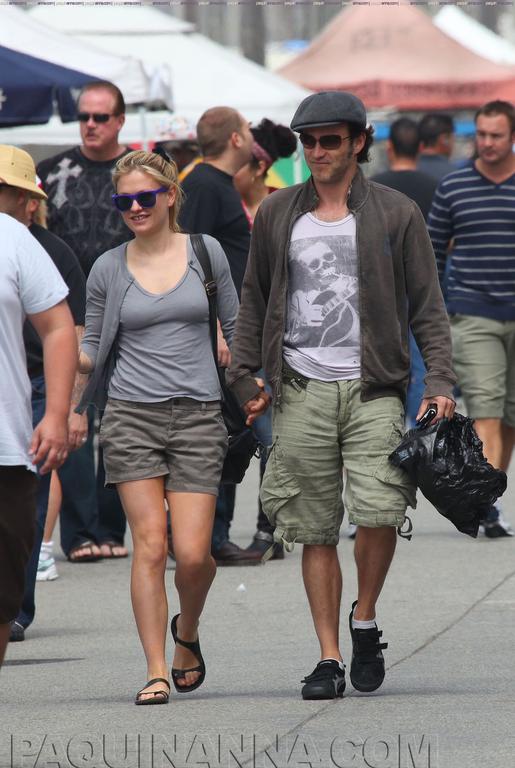 The film and TV star talks to us about working with his co-star and real-life wife Anna Paquin, raising a family, and maintaining those killer abs.
As sexy vampire Bill Compton in the hit HBO series True Blood, actor Stephen Moyer has earned heaps of praise and thousands of fans. Though he started his acting career on stage in his native England, he's truly come into his own as a film and television actor, appearing in more than a dozen movies and more than 20 television series since 1996. The award-winning actor sat down with WebMD the Magazine and dished about his feelings about love, children, middle-age, fitness, and how he's learned to love blood.

Your hit HBO series True Blood returns for its fourth season in June. WebMD wants to know: Do you know your own blood type?

Noooo! That's awful -- I should! That's crazy! I don't remember! My doctor knows, because we've talked about it. Even Bill Compton [the 175-year-old vampire Moyer plays on TV], whom I'm really, really close to, I don't even know what his favorite type of blood is.

Are you squeamish at the sight of real blood? Or even at the fake stuff used on set?

Not at all. But I used to be. This show has erased any fears. Once upon a time I would have run a marathon rather than, you know, look after my kid's skinned knee. I probably would have fainted. Now I kind of relish the sight of blood after four years on the show. You learn to enjoy it after awhile. Especially when it's the sort of syrupy, strawberry, sugary stuff we have to eat!

Fangs are gory but still fun. What scares you in real life?

Something happening to my kids. My family being hurt. My daughter is terrified of tsunamis. I've said to her all these years [living in Venice, Calif., before the recent tsunami in Japan]: "Come on, the chances of there being a tsunami ...!" You know, all the things one says to one's children to make them feel better. I worry about the things that will take away the people I love. Or that could take me away from them.

You've been quoted as saying you once considered yourself an atheist, but that you've had some experiences that changed your views. What happened? Something supernatural?

It was before True Blood -- it wasn't True Blood-related. I did a show in England five years ago about a character with a real inner life. The strange irony is that the character was kind of like Sookie, the telepathic waitress is True Blood. This character, when he touches you, feels the emotion you are going through at that moment. I loved the part, it was beautifully written, but I had no belief in that stuff. But during my research, I met with a number of people who changed the way I looked at life. It made me re-evaluate. I just stopped not believing.

You just married co-star Anna Paquin last November. Is it difficult to negotiate matrimony while working together?

We've only ever known each other in this scenario, where we work together and see each other, every day. When we're not on set together, that's been the thing that we've had to get used to. You know, "Hey, what are you doing at work today?" "Well, I'm [expletive]-ing a vampire, what are you doing?" Or when there's stuff going on with her and another character, or me and another character. We're a team, we're husband and wife, and we support each other in the stuff we're doing, but sometimes it's like, "So, let's get this straight: You're doing a scene with one of my best friends in bed today!" And you just have to deal with it -- I was going to say like everybody else does. But the situation doesn't come up with most people, does it? [Laughs.]

You're also a father, with two children from a previous relationship. Is it tough to integrate the families?

I'll be honest: My kids are incredibly outstanding. The key with this stuff is that you don't force the kids do anything. You let the kids come through it at the pace they'll come through it. When I started this job I was single, and had been for a year and half. So they met Anna as my girlfriend. There was no reason not to be warm to her. My daughter lives here, and my son lives in London. We get together every holiday we have.

Do you have a parenting philosophy?

It might be: Deal with stuff as it comes up. I don't want them to think they can't be honest about stuff. As kids, the default setting seems to be to hide the truth. My job is: "Tell the truth." Because someday, something really big is going to happen and you're going to hope they tell you the truth and don't try to cover it up.

Do you encourage your children to go into acting or are you actively campaigning against it?

[Laughs.] I'm from a very normal, blue-collar background. Nobody from my family ever was an actor. It wasn't something that you could do without falling on your face somehow. But my parents completely backed me, 100%. I want my kids to do what makes them happy. I'm not campaigning for them to go into acting, but if that's where their hearts lie, I won't stop them from doing what their passion is.

You and your fellow vampires are forever taking off your shirts. How does a bloodsucker stay in such fine form? You've got some pretty impressive abs.

[Laughs harder.] I actually don't, but it's awfully sweet of you to say! I don't think many of the men on the show naturally have washboard stomachs. But we've got Ryan Kwanten [the actor who plays Jason Stackhouse] on the show and he has the most insane body on the planet. He eats burgers and everything that I would love to eat and is still able to keep it, but he just says: "I'll run for an extra 30 minutes in the morning!" But see, I don't want to do an extra half an hour in the morning! I go to the gym. I've got a trainer. I train three times a week. I do a little running. I had a knee operation a few months ago, so I also have a recumbent bike in the garage, which I try to go on most days.

Have you had to give up those amazing English ales in the name of good nutrition and a flat stomach?

Yep. Sadly. The truth is, fitness is about what you put in. It's equally about exercise, but it's about what you put in, too. I'm sitting here as we speak eating a salad with seared tuna. When I've got a big scene coming up, the bread and potatoes go out the window. I'm an English boy and I like a bacon sandwich every morning. But when the kit's comin' off [English slang for stripping], the bacon sandwiches go out the window, too.

You'll soon be seen on the big screen opposite Paul Bettany and Maggie Q in the thriller Priest, playing a mere mortal trying to fend off -- you guessed it -- killer vampires. Is it nice to bite into a new character, one that doesn't bite back?

I see what you did there, that was very clever -- awesome! Let's see if I can do some puns back. It was one of those things where the character was a really nice one. I was in the middle of shooting something else, and I was able to run in and do a few days on it. It's a small part but a lot of fun. I'm not a vampire but someone who's affected by vampires. It seems I can't attach myself to anything that doesn't have sharp teeth at the moment. It's going to be really good.

Of the five senses -- sight, hearing, taste, touch, smell -- which do you value most, and why?

You know in the morning and you wake up and you smell your kids' hair? And that sweet, sticky, warm, baby aroma? It's just extraordinary. My boy is starting to develop that pre-teen post-soccer smell that we all know so well, and yet, you know what? If you told me I was never going to smell it again -- that's a horrible thought.  Even morning breath that children have! I just love it. So I'm going to go with smell.

When and where were you happiest?

Last summer, the week before we got married, Anna and I went to a dude ranch and I remember we went on a ride where you go out over these mountains to an amazing cooked breakfast in an adobe, where cowboys are singing around a campfire. On the way back we stopped at the top of this amazingly beautiful lake. I'd be hard-pressed to imagine being happier than I was in that moment.

You're 41 now. How do you feel about aging in Hollywood?

I'm very happy with where I'm at now. I spent my 30s getting over the massive destruction of my 20s. By the time I got to 40 I felt like I had finally got rid of a ton of stuff I'd been carrying for a long time, on a personal level. It has cost me a fortune to get to the point where I am now, and I'm very happy to be here.

Where do you see yourself in 10 years?

I'm standing on the third floor of my house looking out at the ocean watching the waves roll in. I hope I'm still in the same position in 10 years, in a similar situation, and as happy as I am now.

If you were stuck in a hospital bed and you could have anyone, from any era, recovering next to you, who would it be?

[Musician] Tom Waits. Because it would be odd, guaranteed odd! And funny, poetic, interesting, and illuminating.