monday, tuesday is my weekend (

Taylor Swift Looking Back & Forward When It Comes to Touring 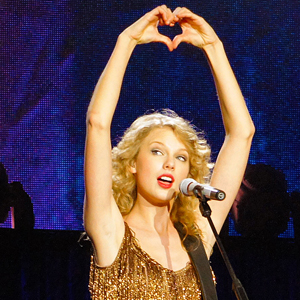 Last week, Taylor Swift wrapped up the overseas leg of her Speak Now tour, which took her across Asia and Europe -- and the experience was unforgettable.

What she's looking forward to, of course, is launching the North American leg of the tour with a two-night stand in Omaha, Nebraska starting May 27th.

In other Taylor news, a video of her covering the song "White Blank Page," by Grammy-nominated British folk group Mumford & Sons, has now hit the Web. She performed the cover for BBC Radio One's "Live Lounge," where artists are invited to perform contemporary songs by other musicians they admire.

SOURCE
AMAZING. So inspiring and it's so generous of her to cover a song by a lesser known band so they gain more exposure. ♥ She also sounds INCREDIBLE so haters shut up.