In His Own Words: Who Is Frank Ocean? 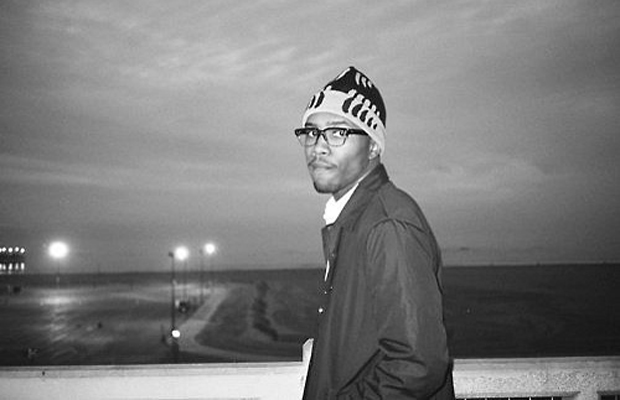 What do you when you move thousands of miles away from home to pursue a career, get signed to a major record label, and nothing happens? If you're Frank Ocean you stop waiting for the powers that be to make a move and take matters into your own hands.

The New Orleans-born, Los Angeles-based singer/songwriter has become one of music's hottest commodities in a matter of weeks—but overnight success never occurs as quickly as it appears. Before his stellar self-released debut, nostalgia,ULTRA., was clocking downloads at an unprecedented pace, the 23-year-old’s career was held up by obstacles ranging from Hurricane Katrina to industry politics, but those days are over.

This week, Complex caught up with Christopher Francis Ocean and got the scoop on how he got down with Odd Future, his writing process, and what he thinks of the Drake comparisons.
He’s Related To Billy Ocean?

Frank Ocean: "Billy Ocean is my uncle. I'm just fucking with you. The name Frank Ocean was born [Ed.—His government name is Christopher "Lonny" Breaux]. Allow me to tell that story another time, but I will say this: I changed my name on my birthday last year. It was the most empowering shit I did in 2010, for sure. I went on LegalZoom and changed my fucking name.

It just felt cool. None of us are our names. If you don’t like your name then change your name. I’m only a few steps into the process, so I probably shouldn’t even be talking about this, but by the beginning of summer I’ll be straight. I’ll be boarding planes as Christopher Francis Ocean."

Frank Ocean: "That’s family. I’ve known them from before all the attention. I met them at the end of ‘09. I don’t keep a journal or anything like that, so I don’t remember dates and times that I met folks, but it’s all through creativity. That’s how we clicked. It’s like how you meet anyone else. I guess social networking is a part of how people meet these days, but that’s not how this happened. It was more like a person-to-person, mutual friends, sort of thing."

Frank Ocean: "It’s nostalgic. It’s a longing for the past. That’s what this record felt like. I named it five minutes before we finished mastering. Right before we had to write the labels on the CDs and get out of there. Ultra, because it’s also modern because of the sonics of it. It felt right. That’s how I am. I just go with it. The only big debate was whether I was going to use the slash or the comma, but the comma felt right, too.

When I did the artwork after we mastered it, I was feeling the same thing. That’s my dream car. It’s been my dream car for a minute. That E30 M3. That’s been my shit. I was the kid who had a bunch of car posters and girls in bikinis, all over my wall in middle school."

Writing for Himself, Others, and Production

Frank Ocean: "I’ve written for some people, but I don’t like to talk about it [Ed.—Ocean has written songs for Justin Bieber, John Legend, and Brandy]. I like my listeners and, I hate to use this term so early but, my fans, if I’ve got any, to discover shit on their own, and for the shit to be in layers. I’m not going to brag about it. I was just getting started. Everything I did as a songwriter was little humble things I was doing. I didn’t have any numbers ones or anything like that. I was just getting in the groove.

"No, I don’t do any beats. I produce, in the traditional sense of producing, but I don’t do that much beat-making. I got beats from my friends. The album credits are in the new download. Writing and shit, coming up in that side of the business, you meet a lot of producers, and you develop those relationships. So when I started doing this project, and said I wanted to do something on my own and get it done, I hit up those people that were close to me, that I felt got it, and they sent the beats to my email. I picked what I liked and put it together."

Frank Ocean: "Drake reached out to me when the record came out and paid me a compliment about the sound of it. I respect Drake not only as a creative person, but as a business mind as well. I think Drake’s important. The moral of the story is Drake’s ill, and I’m ill.

"When I talk about the girl listening to Drake and Trey Songz on 'Songs For Women,' that was more in sarcasm, and in jest, than it was in seriousness. I don’t think any person in a serious relationship is threatened by the person on the radio. It’s just a cool detail. It’s not like you’re going to go off on your girl because she’s listening to whoever. That doesn’t make any sense. That’s some other shit. Like, you’ll fuck with your girl. You might poke fun at her like, 'You know I be recording and shit, but you don’t listen to my shit like that.' It’s funny. The shit doesn’t make it to a serious point, ever."

Being Signed to Def Jam

Frank Ocean: "I signed my paperwork at the end of ‘09. It was official by January 2010. Outside of the contract and the paperwork, there was no relationship. I never walked through the building. I never had an opportunity to build with them, because of some other shit within the company. All I knew was that I was an artist, and I didn’t have a relationship with my label.

"I met Tricky Stewart through writing for others. He heard some of my pieces, with my voice on it or whatever, and he was like, 'I think you should really give the artist shit a run.' So I was like, 'Alright, cool.' He was like, 'I’ve got a position up in the building at Island, and I want to bring you in.' I don’t know what the exact title was, but he had a desk job as an A&R at IDJ. It was a desk that he never went to. A proverbial desk job. He was the A&R that signed me, then I was kind of neglected, but it’s cool. It was a gift."

Frank Ocean: "There’s no story here. Me and Beyonce are cool. After I posted the picture of us in the studio, I questioned the taste of it all. I’m big on what’s in good taste. I thought, 'She’s a private person.' So I wanted to respect that, but she actually told me to put it back up. When I took it down, she was like, 'Nah, you can put it back up.' And I was like, 'Nah, it’s cool. I just wanted to respect the vibe with you.' It was an honor to work with her. We’re not going to talk anymore about that."

Frank Ocean: "I grew up in New Orleans. I had just moved into my dorm at the University of New Orleans, and I was doing laundry, and my mom called me like, 'We’ve got to evacuate. There's a hurricane’s coming.” I was already recording, and that just fucked everything up. Then after the storm, the studio was looted and shit, and I couldn’t record. So I was like, 'Fuck school. I’m out of here. I’ve got to go record.' I got in my car with my girlfriend at the time, and drove out here to L.A., and I never went back. I’ve visited but I’m never going back to stay.

"When I first came to L.A., I wasn’t planning on staying. I was like, 'I’m going to go out there to record some songs that I had written in New Orleans.' Everything was on schedule to be recorded before the storm, so I was like, 'I can get a good deal.' My homie had a studio, and he was a friend. He was giving me a love-rate on studio time. I think it was like $50 for four hours or something.

Influence of Relationships on Music

Frank Ocean: "My music definitely comes from a place of experience. Everything connects to a truth. Heartbreak, I imagine, has been the same emotion since the beginning of it all. I think the reason it might sound different coming from me is because, as a storyteller I might be telling the story differently than how it's been told. But I don’t think I’m telling a new story. Maybe I’m wrong.

"A lot of this record is influenced by one relationship, but I don’t owe that whole project to one situation. It doesn’t matter what the details of it are."

Frank Ocean: "I’m an artist, first and foremost. I don’t like boxes. Whether you’re singing or rapping or spoken word, any combination you love, the lyrics sheet should always read well. So that’s how I approach everything, no matter what I’m doing.

"Yeah, I tagged the album as Bluegrass. I move a lot off instinct. I enjoy little details like that. I don’t want to seem like I have a cause against genres, or maybe I do, but I didn’t think about it that much. Bluegrass is swag. Bluegrass is all the way swag.
"I’m happy that people are listening to it. It takes energy to even try to classify something, so the fact that people want to put energy towards trying to classify my shit is amazing. There’s so much other shit that they could be listening to."

Frank Ocean: "He hit me on Twitter after the album came out, and just paid me compliments about it. I didn’t know Lupe prior. I still don’t know Lupe personally. I’ve always been a fan of him as an artist. He's just one of those people that you respect that hit you up like, 'Wow, I like what you’re doing.' That’s all it’s been up until this point."

Looking Forward to the Future

Frank Ocean: "One of the best pieces of advice I’ve ever heard was, 'Continue doing what you’re doing.' I’m going to continue to be guided, and continue to progress. I’ll be getting on the road and working on new music. I'm nine or ten pieces into this next body of work. I'll be writing with people that want to write with me, and that I want to write with. And that’s all. Just keeping it moving. Continuing to do what I want to do."