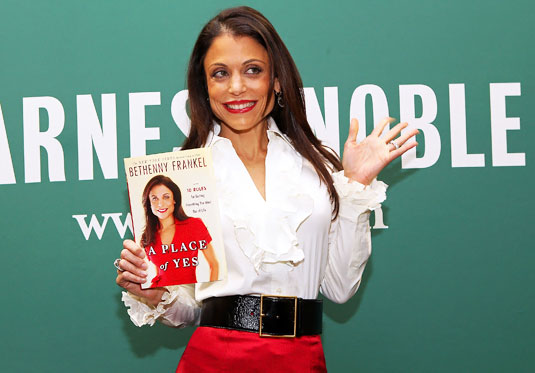 Star of "Bethenny Ever After" Bethenny Frankel can now add another accolade to her name - Three-Time New York Times bestselling author!

Bethenny's 'A Place Of Yes' has debuted at number five on the Times How-To/Misc, and held the position for its first two weeks in stores.