THE RETURN OF GAGA at the 2011 MuchMusic Video Awards! 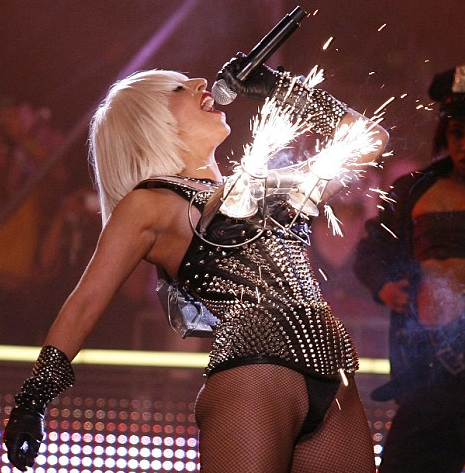 - Fuse to simulcast show across U.S., live from MuchMusic HQ in Toronto -

TORONTO, April 7 /PRNewswire/ - As if flaming bras weren't enough, Lady Gaga returns to give fans much more than they bargained for at the biggest awards show on the planet - the 2011 MUCHMUSIC VIDEO AWARDS! Two years after her exploding, show-stopping performance, the hottest entertainer in the world craves a return to the MMVAs stage to show her fans why she was Born This Way. She's covered herself in raw meat, Kermit the Frog toys, and arrived on a red carpet in an egg - what will she do at the MMVAs?

Fans can now mark their calendars, as MuchMusic confirmed today the show airs live from the MuchMusic HQ in Toronto on Sunday, June 19 at 9 p.m. ET. Gaga, whose third studio album, Born This Way, hits stores on May 23, is the first performer confirmed for the party that has fans taking to the streets and lining up overnight for the chance to get arms-length away from the hottest A-Listers in the world. For the second year in a row, the MMVAs are simulcast live in the U.S. on Fuse, Madison Square Garden's national music television network.

"Canada's MMVAs have always been known for being the loudest live street party of the year," said Sheila Sullivan, Executive Producer, 2011 MUCHMUSIC VIDEO AWARDS. "What better way to kick off this year's show than by announcing that THE world's hottest entertainer is returning to our stage. Who can forget Lady Gaga's flaming bra from 2009? She is proof that at the MMVAs, anything and everything can happen!" Past MMVAS performers and presenters include: Adam Lambert, Drake, Ke$ha, Justin Bieber, Katy Perry, Down With Webster, The Black Eyed Peas, Nickelback, Rihanna, Jonas Brothers, Hedley, Kellan Lutz, Kelly Clarkson, Miley Cyrus, Nina Dobrev, Paris Hilton, Pauly D, Snooki, Britney Spears, Avril Lavigne, Kanye West, Taylor Lautner, Brody Jenner, Ashley Greene and many more.