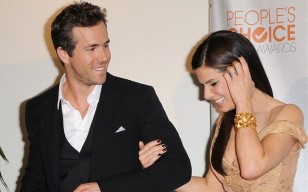 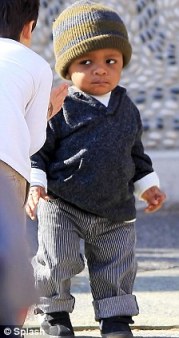 Ryan Reynolds
and Sandra Bullock are such good (cute) friends they’re not only trying to make another film together happen, but Ryan says he’s also met Sandra’s son, Louis.

“I would love to do another movie with her,” Ryan told Access Hollywood on Thursday of his Proposal co-star. “I would be a fool to say no to that! If we can work it out, I will definitely — I will be there and I’ll be on my best behavior.”

But he would also love for their co-star Betty White to also join them again! “Betty White will be there, but she will not be on her best behavior,” he said. “I mean, my God — there’s a risqué, risqué little lady!”

And Ryan and Sandra are obviously very close as The Green Lantern star says he has met her 1-year-old son Louis, but hasn’t “squeezed” him yet.

“He’s not an action figure… that’s a delicate child right there,” Ryan joked. “You know you’ve got to be careful with those.”

And he’s also not called “Uncle Ryan” yet.

It's always cool to hear about long-term friendships on Hollywood. Ryan and Sandra have been friends for over 10 years.