Oliver Platt reveals some brand new details about the mysterious Man in Black's role in the movie, while Rose Byrne spills the beans on the lack of Moira MacTaggert's Scottish accent and whether we'll see Muir Island...


Who exactly is the Man in Black?


The Man In Black runs a super secret division of the CIA devoted to investigating the application of mental telepathy and paranormal power in military defense. He has long been a laughing stock of the Agency because of this. His department is known as 'Division X'.

How does your character fit into the mutant universe?

When Charles and Mystique become ensnared with the Agency, the Man in Black diverts them to his division with a deft bureaucratic sleight of hand. Erik soon joins them and The X-Men flourish under MIB's protection.

What was your favorite part of making this movie?

The best part of the movie was working with the cast; McAvoy, Fassbender, Jenn, Rose. Working with John Dykstra, one of the seminal figures of modern special effects. Hanging with my old buddy K Bacon in London even though we didn't get to work together.

In the comics Moira MacTaggert has been the love interest of both Charles Xavier and Sean Cassidy (Banshee) Are these relationships explored in the script?

We explore the relationship of Moira and Charles but not with Banshee - at least not yet!

Moira didn't have the accent in Last Stand, so I can only assume she won't be having it in First Class?

No, Matthew Vaughn was adamant she be American - despite James McAvoy's slight disappointment as he is Scottish.

Will we get a chance to see Muir Island?

Sadly no, not in this installment.

Were you a little jealous that your character is the only one of the main characters without superpowers?

I was not when we were shooting as I didn't have to get picked up at 2:30am like Jennifer Lawrence. But I am sure I will suffer post-traumatic mutant envy when I see Angel being able to fly.

What type of preparation and research did you do to prepare for your role as Dr. MacTaggert?

I researched the Cold War, the Cuban Missile Crisis and the CIA in 1962 as this is when the film is set. Production organized a brilliant X-Men expert to come and talk to us when we wanted. He came with a folder 20 pounds heavy with every comic and known fact on Moira McTaggert collated so I devoured that as well.

Are we going to see Moira really involved at Xavier's school? Perhaps as a teacher or creator of Cerebro?

We will see - I hope so. She truly devoted her entire life to the cause so it would only make sense.

X-Men: First Class is set to be released on June 3, later this year! 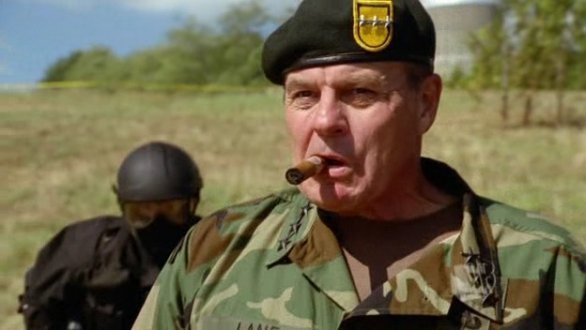 More from this month's Empire magazine. They reveal that the upcoming mutant movie will contain a cameo(though they don't reveal it) and that the legendary Michael Ironside is part of the cast too...

While Empire were enjoying their visit to the set of Mathew Vaughn's X prequel, they were privy to quite a lot of goings on regarding specific scenes but also got to have a look at the editing suite were the film was in the early stages of being cut together.


One such visit resulted in them being witness to a surprise cameo..

..When we enter, editor Eddie Hamilton is working on a scene featuring a surprise and fun cameo which qualifies as a massive spoiler, and another featuring the great Michael Ironside.

So who could it be? There was talk of Hugh Jackman making an appearance as Wolverine while the movie was being shot on Jekyll Island but that seemed to have been shot down by the movie's producers. Were they just trying to throw us off the scent? I doubt it is Wolverine myself, but it sounds like it IS a character we have seen before in the previous X movies anyway.

Plus, Michael frakking Ironside is in it! That was kept quiet. Now anyone not familiar with some great(and some not so great) action and sci-fi flicks of the 80s may have no idea who Ironside is. He also starred in the original V and more recently Total Recall and Starship Troopers. He generally plays the bad guy so I wouldn't be surprised if he does likewise in First Class.