Nikolaj Coster-Waldau wears a costume well. Whether it's the pantaloons he wore as Laertes in a stage production of Hamlet or the suit of armor he sports in the new HBO series Game of Thrones, it's damn near impossible to make the Danish actor look bad. We talked to Coster-Waldau — who also stars in our April fashion feature — about his style preferences, his daring new role, and playing Dungeons & Dragons under the influence.

ESQUIRE: Shooting a fantasy series like Game of Thrones, does it help you get into character when you're wearing these elaborate costumes?

NIKOLAJ COSTER-WALDAU: You walk on the set, and from the set designer to the costume designer, the whole thing transports you into this other world. So yes, it definitely helps you get into character. We were shooting in Belfast, it was raining and we were outside on horses, and I'm sitting there wearing my big armor. And someone brings you a coffee and you're sitting and having a cigarette. It struck me how ridiculous my job is, at times. You know? All these grown-ups dressed up for Halloween.

ESQ: I did notice Peter Dinklage's wig. It's out of control.

NCW: I know! But that's the good thing about Peter. He doesn't care. He's so cool about these things so you can laugh at it. Most actors, if you laugh they'd just have a nervous breakdown. But he's just, "Yeah, I know. I know."

ESQ: The show is very good, though.

NCW: Oh, fantastic. I was nervous when I saw it. I was with my best friend from England and he hadn't read the script. He was like, "This is so wrong. This is just wrong. You can't show your wife this last scene, its just wrong. Your character is screwing your sister. That's weird man." I said, "I know, I know." He said, "Why'd you do that?" I said, "It seemed like a good idea at the time."

ESQ: I think the incest really brings something to the table.

NCW: That's for sure!

ESQ: Do you have any other experience with fantasy or role-playing outside of your professional career?

NCW: I had one ... interesting incident with Dungeons & Dragons. I was with a bunch of friends. So, unbeknownst to me, they'd been baking some cakes, and that was my first introduction as to what hash is. I was just running around this forest thinking I was in a role-playing game. Actually, I didn't think I was role-playing — I thought I really was a warrior elf or whatever it was. But I never played D&D again. Maybe if we go to season two, I should get some cakes. 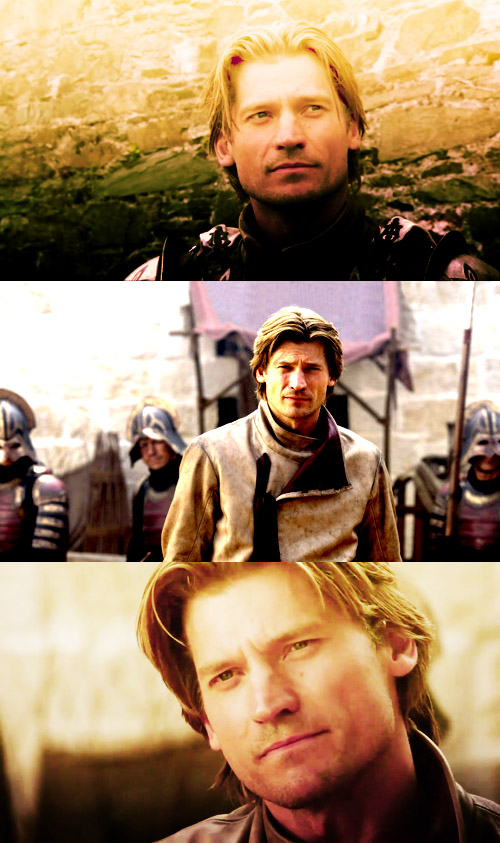 ESQ: And play Dungeons & Dragons with the cast during your cigarette breaks.

NCW: I know! That would be great.

ESQ: Are you a big fashion guy?

NCW: I'm very good when people dress me. But I find it difficult to spend a lot of money on clothes. I love to go into John Varvatos and look at the beautiful leather jackets. They're beautiful and soft. I try them on, and then I look at the price tag and go and pick up a t-shirt. It's just the way I am.

ESQ: Where else do you get your t-shirts?

NCW: I like the Co-Op shirts at Barneys. Every time I get to New York I come pick up some t-shirts and jeans there. I like to be comfortable. If I go out, if it's a premiere, I'll put on a suit and look nice. I like Hugo Boss for that.

ESQ: How did your family react to the fashion spread in Esquire?

NCW: The best thing was I showed my mom and she laughed for five minutes and said, "You look ridiculous! You look like you're scared of something." I was like, "I look very cool and manly! Come on."

ESQ: They don't know what they're talking about.

NCW: Thank you. Thank you! My old mother, she has no idea what's going on in this world. 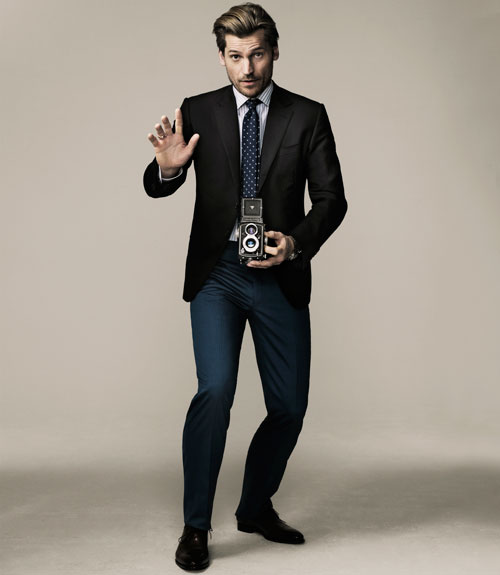 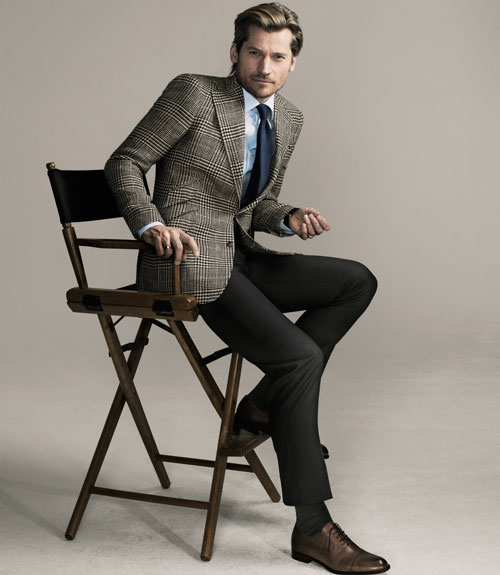 so excited for this show!!!
i really liked him on New Amsterdam...