I'm only good at being young ( 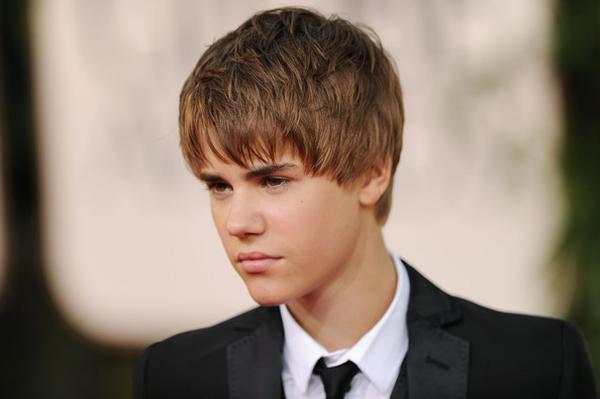 The weekend that Justin Bieber cut his hair, he also shot the music video for his "That Should Be Me" remix, featuring country band Rascal Flatts. This weekend, the full clip for that music video premiered, and it shows off that very famous cut.
The video is a meta-statement on making videos. The guys of Rascal Flatts pull up to the studio while Bieber sits in a room practicing the track. Bieber and the band sit and rehearse the song before they are brought to the room to shoot the lo-fi performance video.

We see the camera and lights filming the guys, who stand in front of a white backdrop performing the song. Bieber is occasionally seen in the sparse room alone singing the track, dressed in black. Shots of the finished performance are edited with those of Bieber and the band rehearsing the track, off his Never Say Never - The Remixes album, which was released last month. The video ends with Bieber walking off the set.

"They flipped out," lead singer Gary LeVox said of bringing his daughters to the set the day of the shoot with the teen star. "Brittany ended up singing one of his songs to him. He was hugging them and was so sweet to them. I've even got a low-grade Bieber fever. I think I'm in the running for dad of the year."

Bieber also tweeted about the video's runaway success on Sunday, writing, "And just saw... #ThatShouldBeMe vid with @rascalflatts is now #1 on ITUNES!! Thank u all so much. We are very proud of that song. #MuchLove."
Source: 1, 2
Tags: justin bieber, music / musician, music video
Subscribe
Previous
← Ctrl ← Alt
Next
Ctrl → Alt →
Previous
← Ctrl ← Alt
Next
Ctrl → Alt →