10 TV Shows That Were Ahead of the Times

Television is a constantly evolving medium which generally makes its moves in sync with pop culture. Most often, television series are reflections of the world we live in but, as a contemporary reflection of society, television is sometimes a step behind. However, sometimes television doesn’t wait for the world to change. Television changes the world. Some shows are ahead of their time. These are often the critical darlings, short-lived commercial hits, and Emmy-winners which break new ground in storytelling and inspire change, instead of simply mirroring it. These shows either made an impact themselves or paved the road for other series’ to become part of television history.

Premiering in 2004, Life As We Know It only survived 13 episodes before it’s cancellation. Following the lives of three teenage boys, most of the show’s storylines revolved around sex. Offering a new perspective in teen drama, its stories were a lot less soapy than the average series but it still tackled familiar storylines, including divorce and student-teacher relationships, and some not so familiar topics at the time, like erectile dysfunction. At the time, the series, based on a British novel called Doin’ It, was probably a little too risqué for American network television. Just this fall, MTV launched a remake of the controversial British teen series, Skins. It will be interesting to see if audiences are ready to face what teens have been facing for decades (hopefully, sans erectile dysfunction – teens should NEVER have this problem!).

ExoSquad was a Saturday morning cartoon that was a step apart from most other animated series. Premiering in 1993, this series lasted a mere two seasons. ExoSquad featured an ongoing storyline that was complex, sociopolitical, and intelligent. With a storyline familiar to Battlestar Galactica and Babylon 5 fans, the two-season arc followed a war between humans and the genetically-engineered Neo-Sapians who escape enslavement and return to war against their creators. Unlike most cartoons, ExoSquad killed characters, destroyed planets and dealt with the ramifications of war, while simultaneously portraying sympathetic characters on both sides of the war. Poor ratings and a failing line of toys saw to the end of this series far too soon.

Long before factions broke out over Team Edward and Team Jacob, fans were obsessed with Team Angel and Team Spike. Premiering in 1997, Buffy beat the vampire craze by more than ten years and still holds up as one of the better efforts in the vampire genre. It should also be a prerequisite, on college campuses, for literary and media studies, as a study in the emotionally fragile, yet powerful, female hero. Subsequent show’s that took their lead from Buffy were Dark Angel, Birds of Prey, Alias and Veronica Mars. 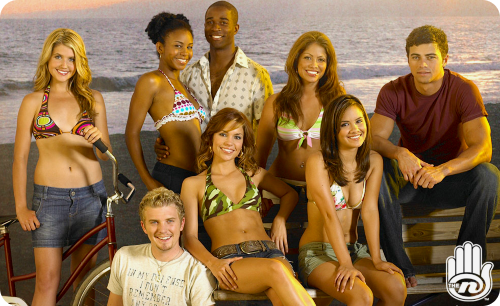 (women in bikinis, men in shirts)
In 2005, South of Nowhere was created to take an honest look at teen issues. It dealt with racism, teen pregnancy, and pay-for-play school athletics. It’s biggest and most visible issue, however, was the main character’s struggle with her sexuality and subsequent struggle to come out. The first season of the show saw the character grow closer to her already-out best friend, until the two began to date. To the disgruntlement of fans, there was little physical affection between the homosexual characters. The producers and network heard the complaints from fans, and the third season opened with a clear message of change. All of the characters would be granted the same level of affection. Unfortunately, it was to be the last season of the progressive show. 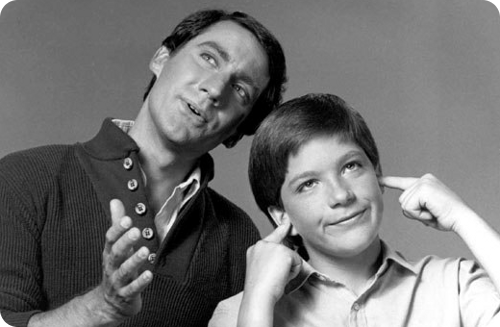 In 1984, during the time when the wholesome Huxtables (The Cosby Show) ruled the airwaves (three years prior to the less than traditional Married With Children), there was a short-lived series called It’s Your Move. Jason Bateman starred as Matthew Burton, a clever teenage schemer raised by a naive single mother. Matthew’s life is turned upside when his mother meets a new man, one who is cut from the same cloth as Matthew, who is just as clever, and so begins a cat and mouse game between the main character and his nemesis. At the time, the producers and network worried about the social impact of a smart-alec con artist who was rarely caught or suffered retribution for his schemes. So they turned the show into one of the more conventional sitcoms of the eighties, complete with life lessons. Soon after, the show was cancelled. Six years later, America embraced another unscrupulous schemer without the need for the moral lessons – Bart Simpson (The Simpsons). 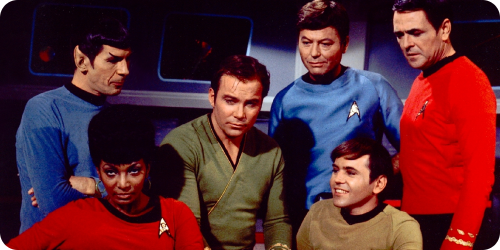 Star Trek, the original series, premiered in 1966 and holds the record for having the largest number of spin-offs in television history. It’s credited by some as being the inspiration for much of the technology we use today, including cell phones and advanced medical technology. Socially, the show also had an impact with its diverse casting of high-ranking officials including a black female operations and communications officer and a Japanese helmsman. Despite network concerns back in 1968, Star Trek became the first scripted show to feature an interracial kiss. 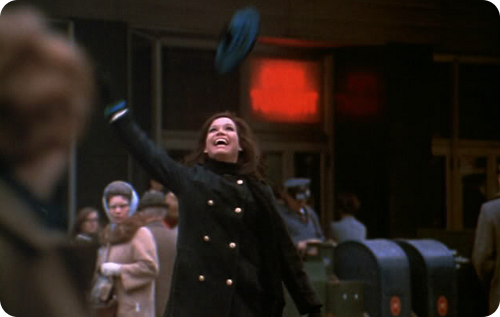 Before Carrie and her band of single friends (Sex and the City), there was Mary and Rhoda, two single, independent career women. Premiering in 1970, following the success of That Girl (the very first show to focus on the life of a woman even remotely independent), The Mary Tyler Moore Show decided to take a step further. Mary had never been married, wasn’t seeking to be married and had just gotten out of a live-in situation with her ex. This was the first time pre-marital sex was suggested within television.

I Love Lucy premiered in 1951 and changed the business of television. When Lucille Ball was offered a deal to bring her radio show to television, she had one condition – she wanted her real-life husband, Desi Arnaz, to play her on-screen husband. The network was against the idea because they didn’t think that the American public would accept her character’s marriage to a man of Cuban descent. In response, Ball and her husband created a Vaudeville act and took to the road. The show was a success, and the network agreed to cast Desi Arnaz in the role. Lucy was also the first woman to wear Capri-style pants on television when women were only allowed to wear skirts. 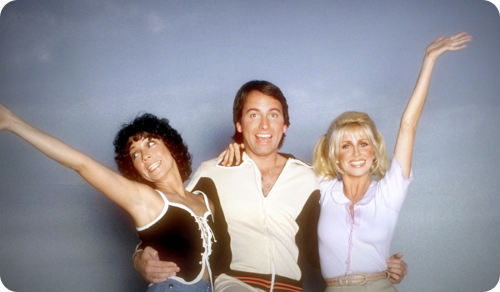 Before it was commonplace to see scantily clad women and men on television, shows like Three’s Company were testing our appetite for skin. The series was a part of what is commonly referred to as the era of “Jiggle TV,” which featured attractive women wearing bikinis, at times when anyone else in the same situation might be wearing more appropriate work clothes. Not only did Three’s Company advance sexually themed content, it was progressive in many other ways. Premiering in 1977, the idea of unrelated roommates, from both sexes, was unheard of and downright scandalous. The solution? Make the male gay, or at least pretend he is. It was an unconventional approach for sure. Not only was it subversive in the series’ causal acceptance of homosexuality, it was the only way the three characters would be allowed to live together. 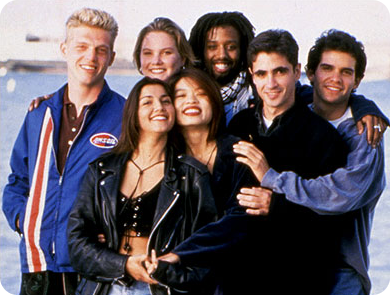 In 1992, a diverse group of seven non-celebrities moved into a house with cameras, and America took notice. Each season, the popular reality show cast a mix of personalities and ethnicities in an effort to ensure the greatest degree of drama in the house. Racism, homophobia, and religious disputes were common problems seen throughout the seasons. It started a trend of voyeurism that led to shows like Survivor, Big Brother, and The Real Housewives. Almost two decades later, the show is still on the air, and the trend hasn’t let up. Hate it or love it, reality TV is here to stay and you can probably blame The Real World for that.