Last night, Craig Ferguson announced he won't be making jokes about Charlie Sheen. This morning, Rosie found this blog entry, and read it on her radio show to express her thoughts on the situation, building on what Craig said. 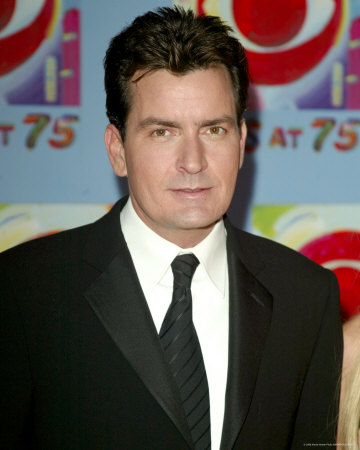 On last night's Late Late Show With Craig Ferguson, the host explained that he wasn't going to be doing any more Charlie Sheen jokes. He's done them, he acknowledged, but he's not doing them anymore. And he explained why.

As Ferguson put it, he's begun to feel like staring at Charlie Sheen is the equivalent of visiting one of those 19th-century mental hospitals at which, as the BBC notes, visitors who paid a penny to see the patients "were permitted to bring sticks to poke and enrage" them.

There could hardly be a starker contrast than the one between Ferguson's treatment of Sheen and the treatment Sheen got from Piers Morgan last night on CNN, where Morgan poked him and enraged him, coddled him and encouraged him. It's exactly like paying your penny at Bedlam, only Morgan gets the penny.

The people who watch his show are, in effect, paying Piers Morgan to provoke Charlie Sheen for them. To push his buttons, ask him about the women he prefers, coyly compliment him on his benders, all because it's so easy to get him to brag about all of that. Sheen wants to say "epic" and "winning" and "the scoreboard doesn't lie." He's got a pocket full of speed-related metaphors — he returns over and over to rocket fuel, jets, bombs, the let's go of it all — and he wants to share all of them.

Of course, to make this happen — to get what you really want — you don't do anything that might slow the rocket man down. You soft-pedal his domestic-violence problems by referring to them as press reports "hinting" at violence, rather than police reports and court cases that stretch back over many years. You let him say a domestic-violence case was "thrown out," when in fact he pleaded guilty.

You chuckle indulgently when he says things that don't make any sense. You tell him you're on his side. You tell him he has a "rock star life," which might as well be a literal dog whistle. You choose not to notice that he's flitting from one topic to another, that part of his explanation for how ready he was to go back to work was "a new tattoo."

Interviews look for information, or enlightenment, or something. This is just taking the cap off the fire hydrant. It's very mechanical, and in a sense it's very predictable. You push the button; you get what you ordered.

I kept listening all morning — the way you do when something is eating at you — to the Bob Dylan song "Who Killed Davey Moore?", which is about the death of a real boxer in a real fight in 1963. (You can read the lyrics and hear part of it here.) The song asks over and over who's responsible for the death of a human being in the middle of a money-making bloodsport, and it seems like nobody is.

"Not us," said the angry crowd whose screams filled the arena loud. "It's too bad he died that night, but we just like to see a fight."

"Not I," said the boxing writer, pounding print on his old typewriter."

This isn't really Charlie Sheen's story anymore. It's really the Bedlam story, and new Sheen soundbites are piled onto it by the hour without a pause to figure out how to put it in any kind of context — the entire thing is just as go go go as Sheen and his rocket fuel.

That's why we wound up with a thoroughly embarrassing moment on Saturday, when a bunch of outlets (includingEntertainment Weekly, The Hollywood Reporter, and ABC News) reported online that Sheen's co-star Jon Cryer had spoken out about him on Twitter — only to learn that the supposed Cryer account was a fake, as even a cursory review of it suggested.

"Not me," says his manager, puffing on a big cigar. "It's hard to say, it's hard to tell, I always thought that he was well. It's too bad for his wife an' kids he's dead, but if he was sick, he should've said."

There's no pause button; it all just goes. Sit him down, turn on the camera, see what happens. Maybe it's still funny if you don't think too hard about his kids. (He has five.) But if anything bad happens to Charlie Sheen and there is even a whiff of earnest regret on the part of Piers Morgan, I don't think I'll hear anything except Bob Dylan.

"Not I," said the boxing writer, pounding print on his old typewriter, sayin' "Boxing ain't to blame, there's just as much danger in a football game." Sayin' "Fistfighting is here to stay, it's just the old American way."


I thought this was an interesting perspective on the situation and how it is unfolding in the media.