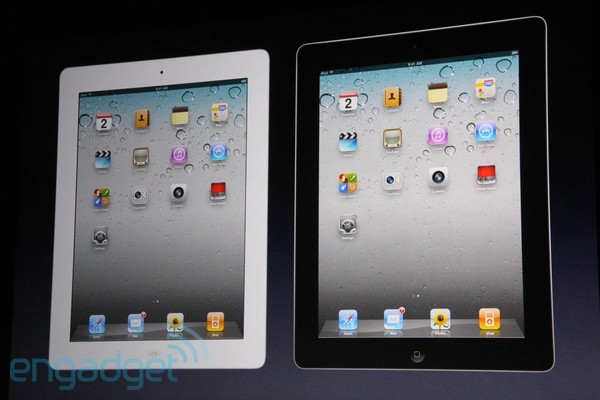 Apple has just made its second-generation iPad official! It features a dual-core A5 chip and, finally, cameras, both front and rear! The new CPU is said to be up to twice as fast, with graphics performance up to nine times better than on the original iPad, while power requirements have been kept the same. Battery life is, consequently, unaltered, with Apple promising 10 hours. Pricing, too, has been left unchanged, starting at $499. The new tablet will come with an HDMI output, which will set you back $39 for the requisite dongle, but we've yet to hear any rumblings of Thunderbolt connectivity.

There's a new cover for the device, which is best defined by Steve Jobs himself: "We designed the case right along side the product. It's not a case -- it's a cover." Basically, it's a magnetic flap that protects the front and automatically wakes and puts the device to sleep according to whether it's open or closed. Guess we know what that proximity sensor was about now. These Smart Covers will cost $39 in plastic or $69 if you opt for leather.

The iPad 2 is 33 percent thinner than its predecessor, at a mind-melting 8.8mm, and will ship in two variants: white and black. It'll be available on both AT&T and Verizon, and all variants start shipping on March 11. 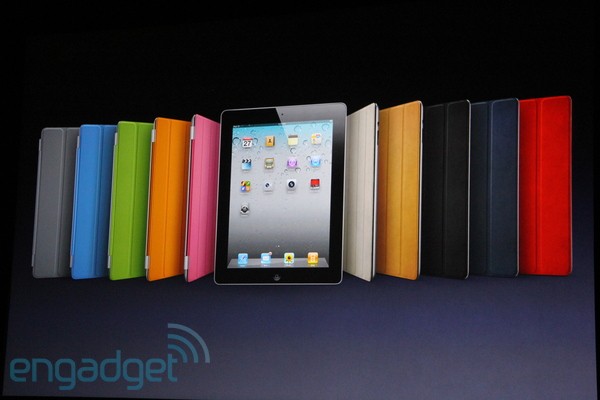 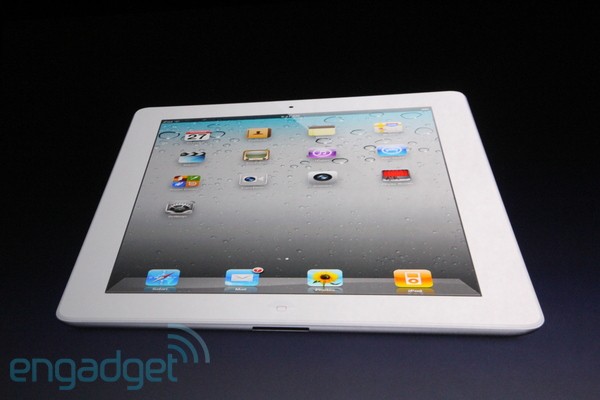 still a pointless device, imo. steve was there to announce it though, so those rumors obviously aren't true. thank god.