Amy Adams and Jason Segel film a scene together for The Muppets on Monday (January 17) in Los Angeles. 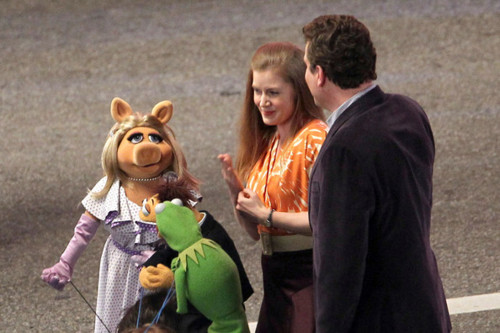 The 36-year-old actress and her 30-year-old co-star filmed a dance scene for their latest project, which will hit theaters on November 23!

Here’s the synopsis of the film, via the LA Times: “[B]est friends Gary (Jason Segel) and Walter, a die-hard fan of Kermit and the gang, venture from Smalltown, USA, to Los Angeles to tour the old Muppet Theater, which has fallen into disrepair after years of disuse. After they overhear the sinister Tex Richman (Chris Cooper) divulge his secret plan to tear down the historic venue to drill for oil, Walter and Gary (and Gary’s girlfriend, Mary, played by Amy Adams) decide that they must help reunite the Muppets to save the building.” 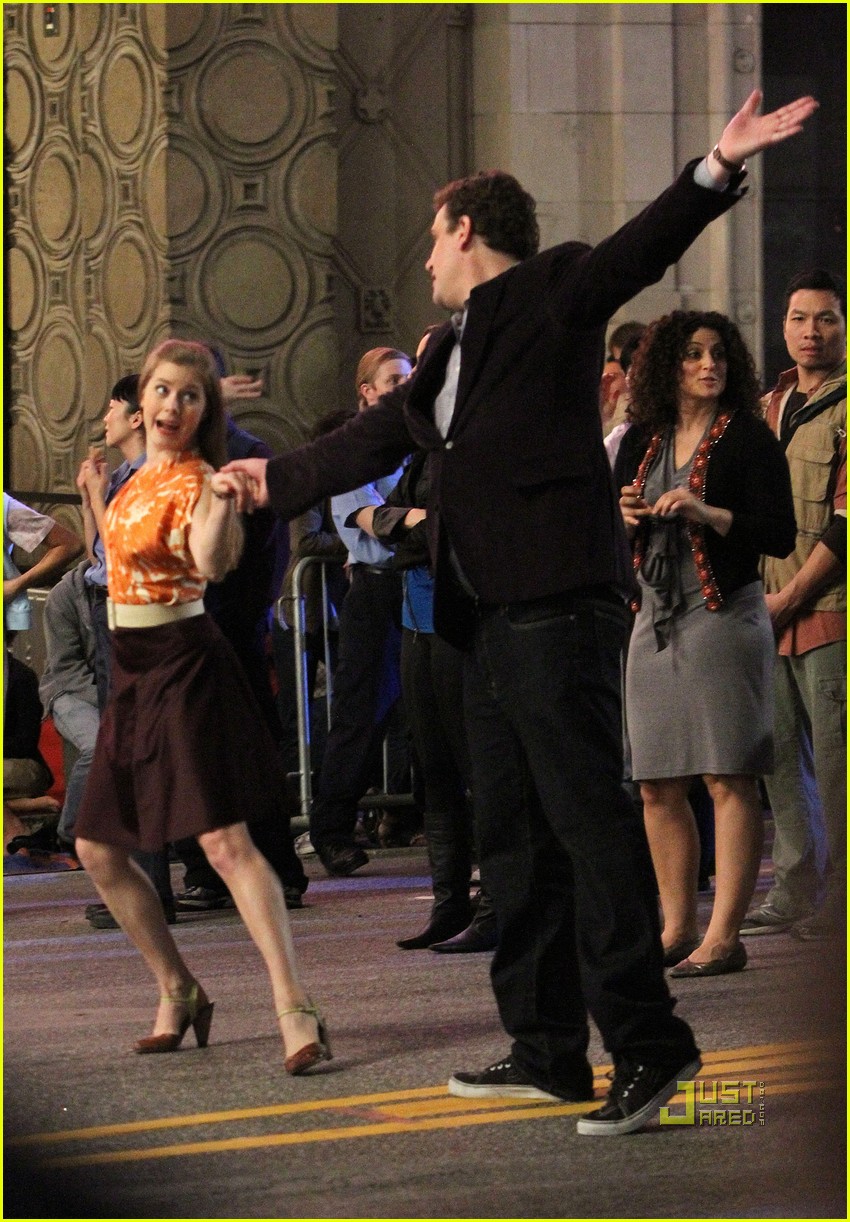 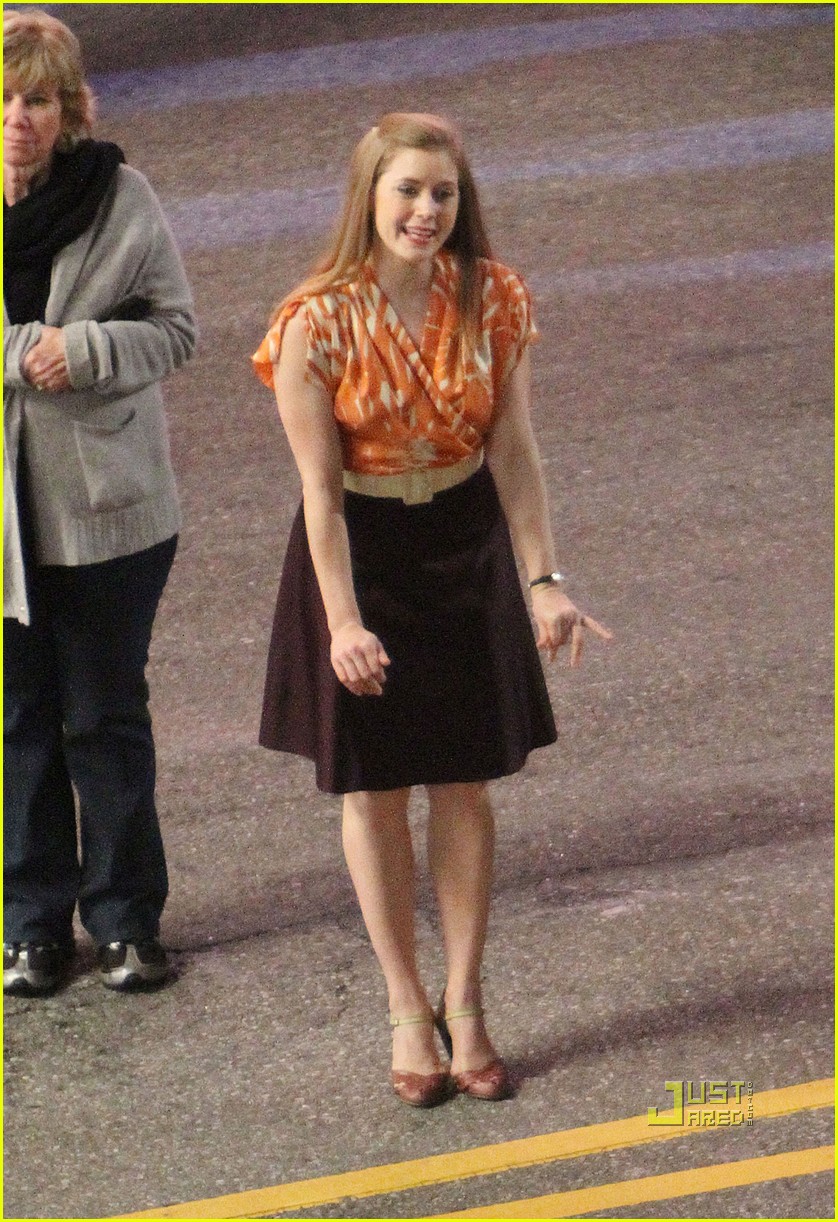 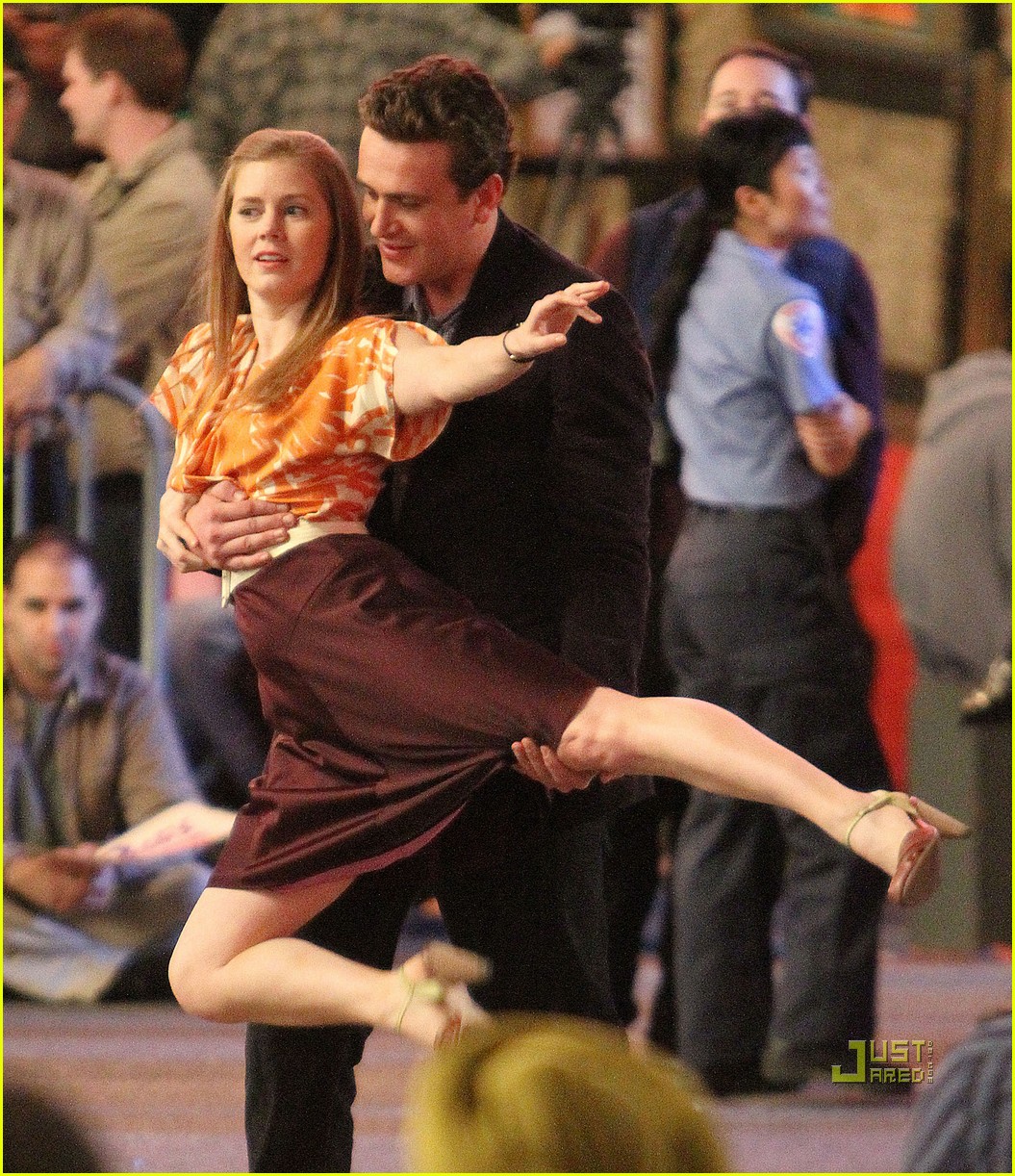 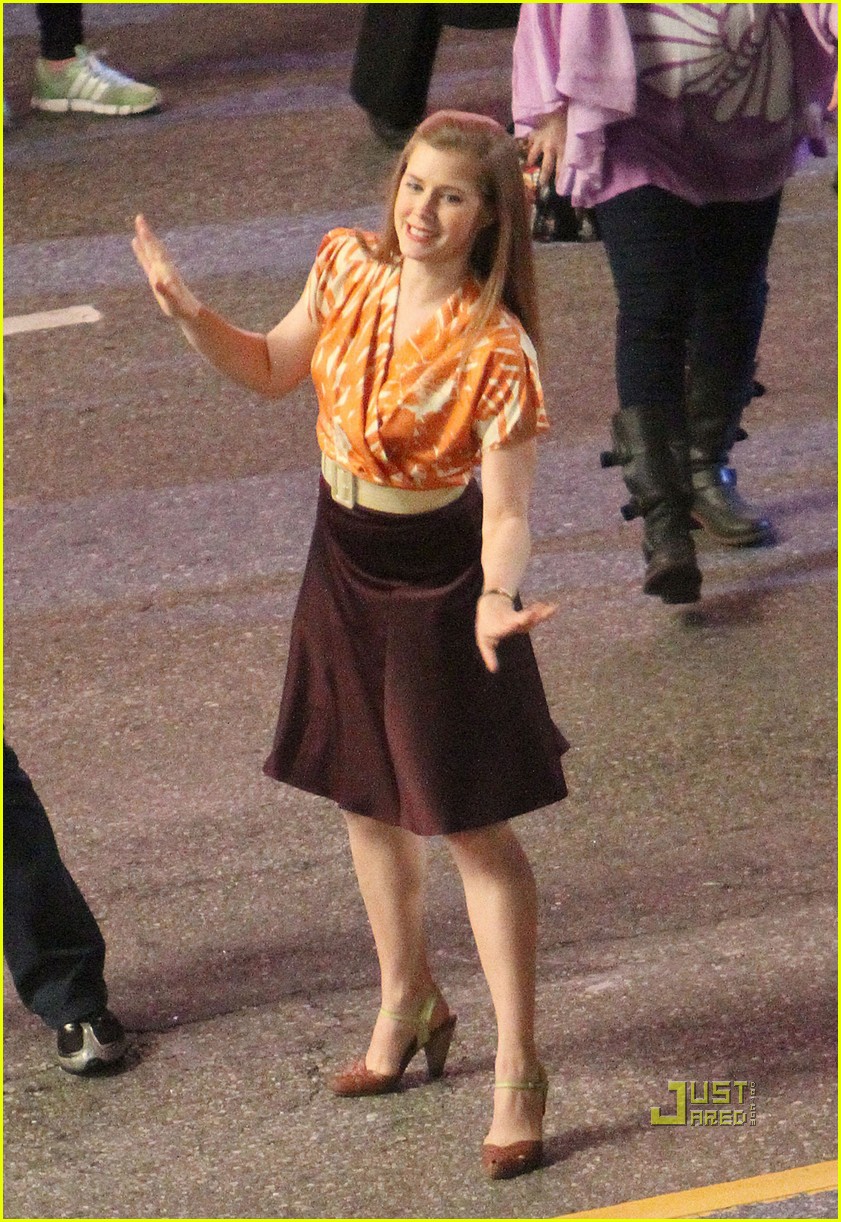 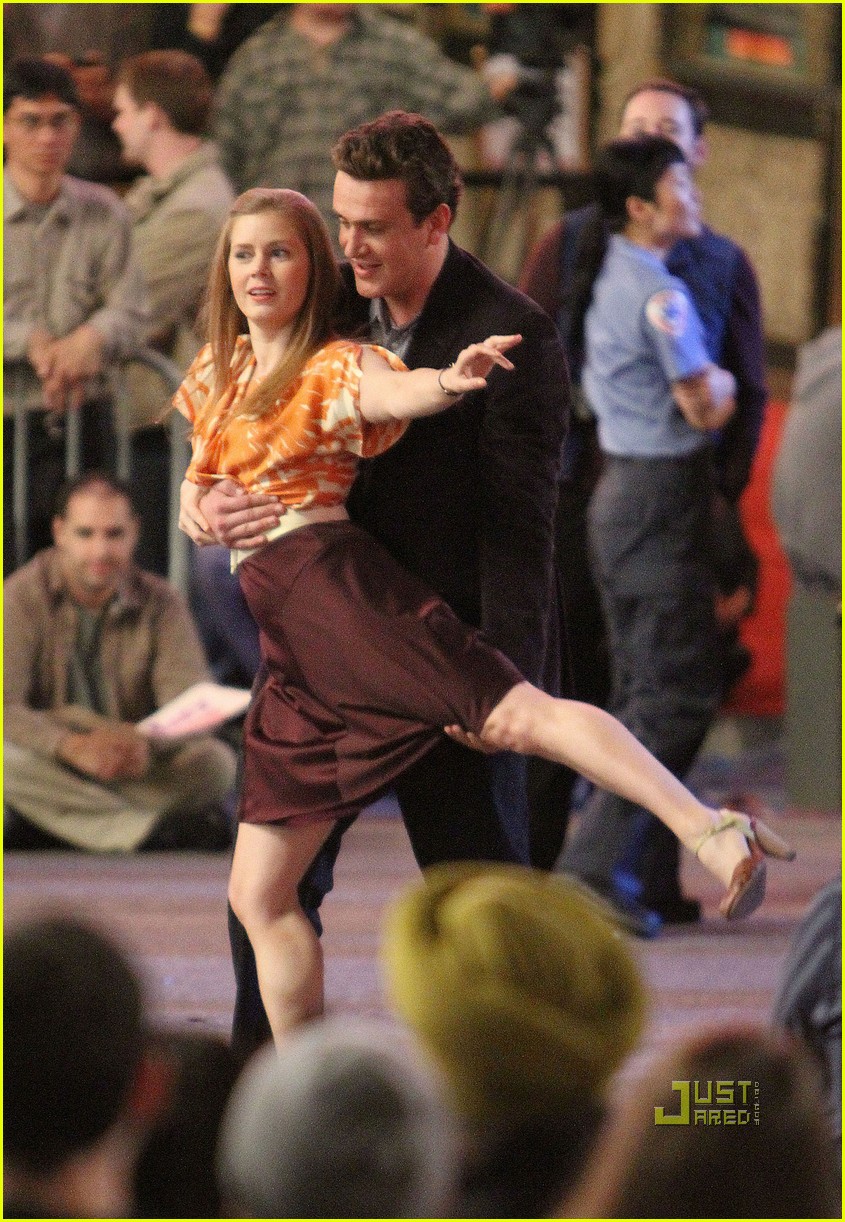 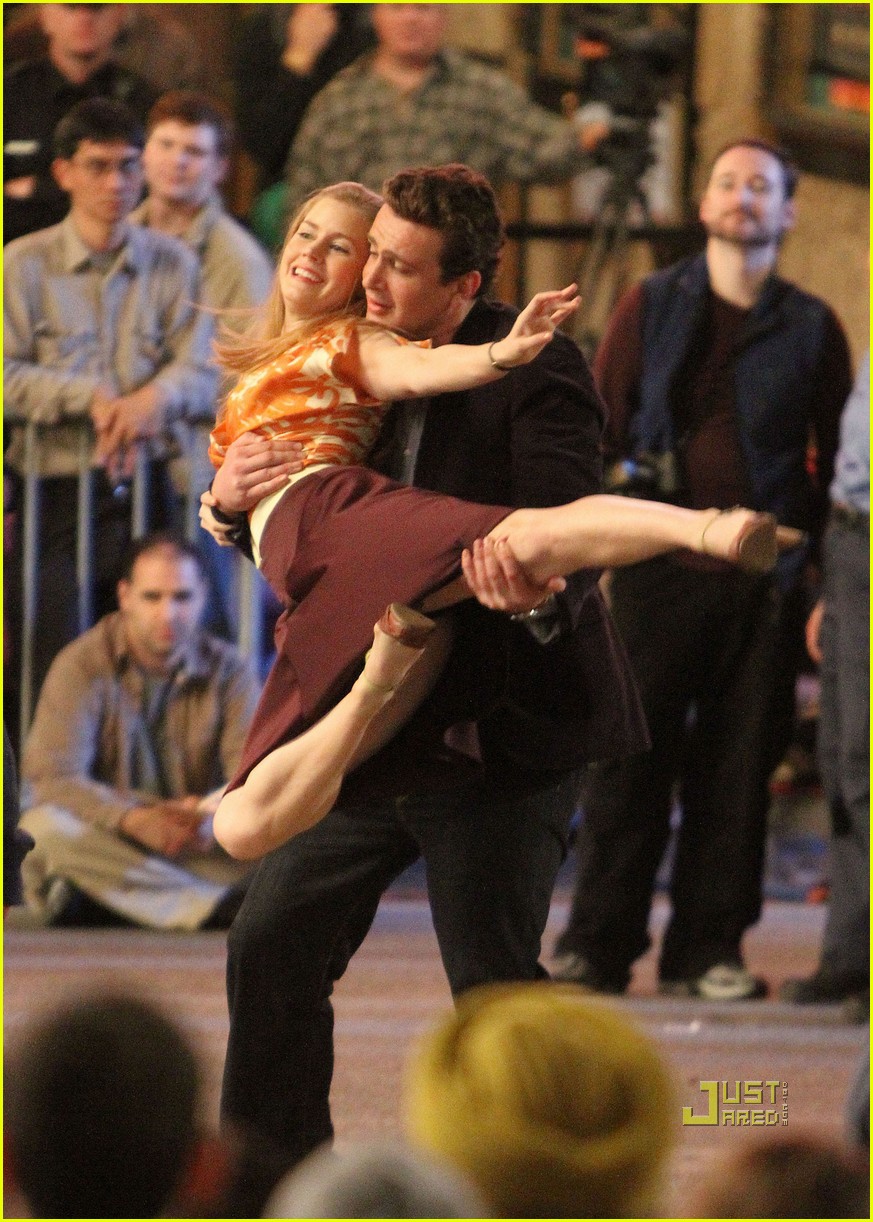 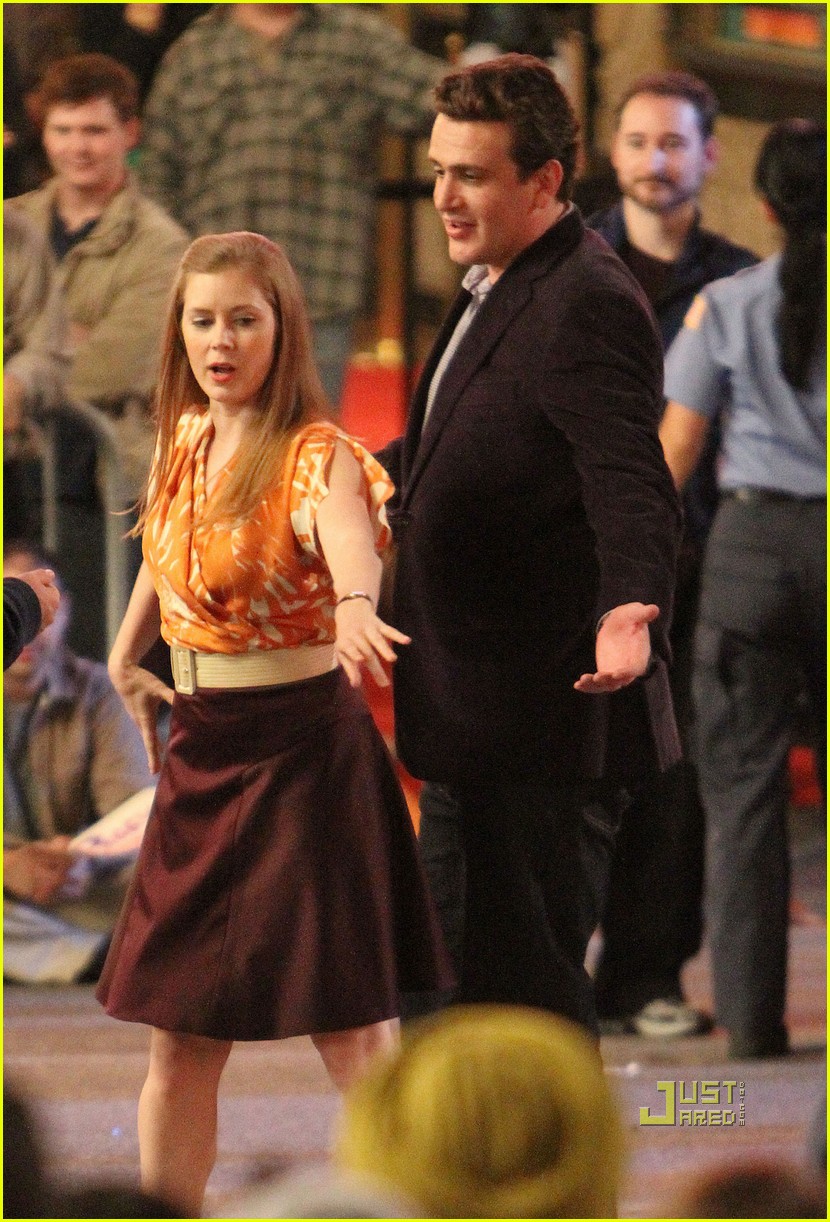