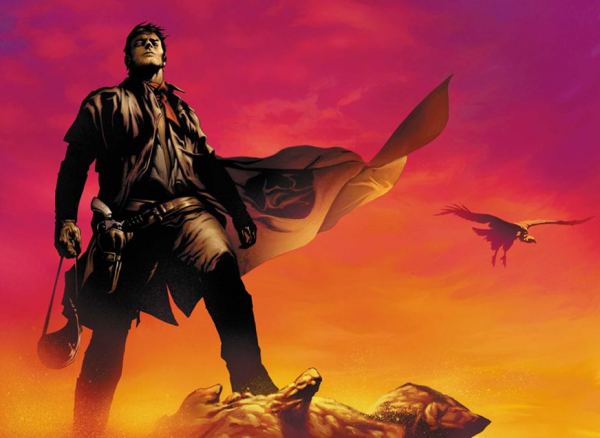 The bookshelf creations of Stephen King have been keeping people up at night for decades but Ron Howard has been losing sleep lately for a different reason — the Oscar-winning filmmaker is becoming a bit obsessive about his plan to bring King’s most epic creation, ”The Dark Tower,” to the movie screen.

“I really can’t stop thinking about it,” Howard said while shaking his head. “We’ve been meeting and talking and I’ve been reading and researching and just kind of living with it. I’ve been constantly going through stuff and I’ve just been re-listening to it [on audio books] on my iPod and we’ve been sending e-mails back and forth, ‘What about this approach? What do you think of this idea?’ We’re finding the shape of it. We’re moving quickly now, as quickly as we can, and I feel challenged in the most exciting ways.”
As challenges go, bringing the seven-novel ”Dark Tower” series to the screen is a colossal one but Howard’s ambitions match it. The director of “Apollo 13” and “The Da Vinci Code” is teaming up with producer Brian Grazer and screenwriter Akiva Goldsman to present King’s magnum opus as a film trilogy as well as a tie-in television series. The same trio each took home Oscars for their collaboration on “A Beautiful Mind”  and it was while working on that film that Goldsman brought Howard the idea of adapting the genre-mashing ”Dark Tower” and bringing to life its central character, a  nomadic gunslinger named Roland Deschain, who tangles with magic, monsters and mutants. 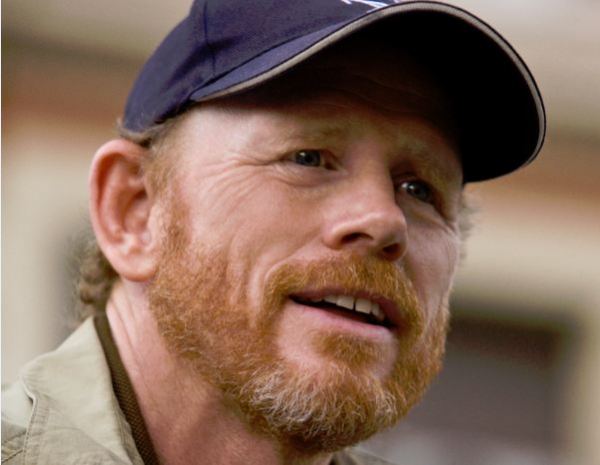 Howard is one of the most respected, successful and well-liked filmmakers in Hollywood but he was far from casual in approaching King.  ”We worked on it for a year before we even met with him,” Howard said. “It was all about putting something together that was good enough and getting such an understanding of the material that Stephen King would say, ‘Yes, that’s the way into this story.”
The project has not been green-lit yet but Universal Pictures and NBC Universal Television Entertainment announced in September the bold plan to chronicle the story as a multimedia event. If all goes as planned, Howard will direct the first film and then the first season of a tie-in television series, both of which Goldsman will write. Two more films would follow. In a statement, King gushed about the endeavor: “I’ve been waiting for the right team to bring the characters and stories in these books to film and TV viewers around the world. Ron, Akiva, Brian along with Universal and NBC have a deep interest and passion for the ‘The Dark Tower’ series and I  know that will translate into an intriguing series of films and TV shows that respect the origins and the characters in ‘The Dark Tower’ that fans have come to love.” 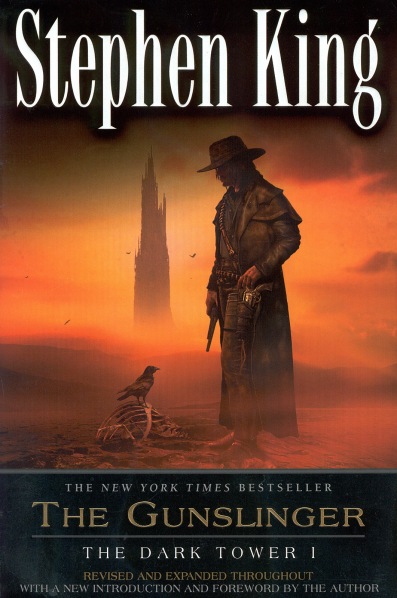 The King fantasy epic began in 1982 and has spanned seven novels – the original hardcover editions add up to a staggering  3,795 pages and 30 million copies sold — with an eighth installment, tentatively titled ”The Wind Through the Keyhole,” announced by the author last year. King released an additional novella in 1998, and for three years King has been adding new chapters to the saga within the pages of Marvel Comics. Howard said the 36 issues that have been published so far absolutely inform his own view  of the mythology.

“It’s the ongoing evolution of the characters and the discovery,” Howard said of the comics that are plotted by Robin Furth and scripted by Peter David with King overseeing everything as creative director. “There are new interpretations of the rules of the world and the story. It’s a really useful and compelling part of this already fascinating creative journey that we’re on.”
Howard has brought arcane-spirited but crowd-pleasing bestsellers to the screen before with the Dan Brown adaptations, “The Da Vinci Code” in 2006 and “Angels & Demons“  in 2009, films that combined for $1.24 billion in worldwide box office (and featured the same Grazer-Goldsman-Howard team, as did 2005′s ”Cinderella Man“).  This would be a far different challenge, Howard says, due to the epic scale and ambiguities of “Dark Tower” — the Brown books were intricate puzzles with a thriller’s pace while the King epic is a shadowy fantasy with dream logic and the underpinnings of a classic quest story.
“It’s different than anything I’ve ever done and in really interesting ways,” the 56-year-old said. “With ‘Da Vinci’ the mandate was different. That was about getting the story and the action and focusing on acting. With this, there’s this entire world and all of these references and there are the books and the graphic novels and just talking to Stephen and it’s all this ongoing conversation with the material and it’s really exciting. In all of it, he leaves a lot open to interpretation and so it gives a great deal of latitude.” 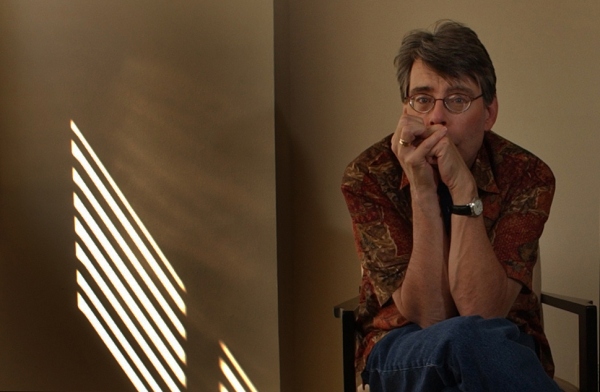 “The Dark Tower” has plenty of latitude and longitude – the vast body of work covers a lot of ground at this point. That presents a sort of narrative intimidation — it’s easy to imagine a filmmaker becoming overwhelmed if he or she took a footnote-faithful approach to the canon. But Howard said that he and Goldsman know that the true power of the source material lies in the archetypal characters and the texture  of the world. Their approach, he said, is to remember that less can be more:  ”We say, ‘At their root they’re simple stories, don’t be afraid to keep it simple.’”
Staying simple might not be that easy. J.J. Abrams and Damon Lindelof, who know plenty about intricate mythology as the co-creators of “Lost,” had plans to adapt “The Dark Tower” but walked away from the project and Lindleof candidly told USA Today that he was put off by the complexity of the project and his own idol worship when it comes to King. “I’m terrified of screwing it up,” Lindelof said. “I’d do anything to see those movies written by someone else. My guess is they will get made because they’re so incredible. But not by me.” 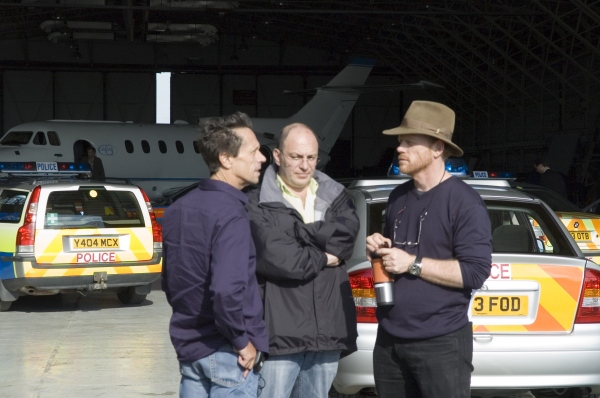 Brian Grazer, Akiva Goldsman and Ron Howard on the set of "The DaVinci Code"

The King books clearly draw on the legend of King Arthur, the complex tapestries of ”The Lord of the Rings” and – for the steely main character Deschain – the spaghetti westerns of Sergio Leone and taciturn screen menace of Clint Eastwood. The stories go far and wide but at their center is the gunslinger on a quest for the mysterious castle of the title, which may or may not be the nexus of the universe, and despite his own Old West mien, Deschain roams a world of eerie magic and an end-of-time atmosphere where the sun doesn’t always rise in east and set in the west.
“It’s one of the things that really fascinated me about the challenge,” Howard said. “We love Roland the Gunslinger but we also like coming back to these worlds and these places. On one hand it is grounded and relatable but on the other hand it’s scary and strange and mind-blowing. There’s this dream quality to it and the mystery in that is what it’s all about – being compelled forward without all the answers.” 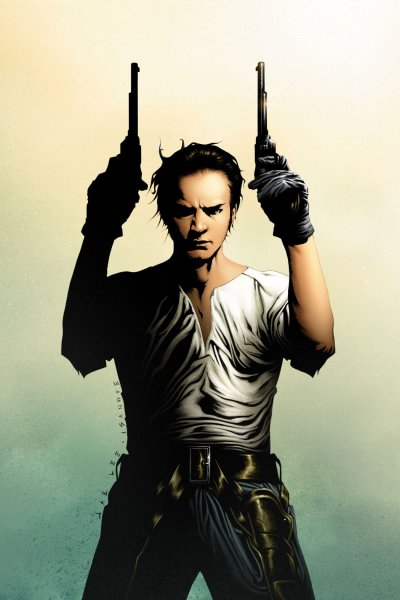 The character is a fan-favorite and Howard knows that the casting will be closely scrutinized. As this point in the process, most filmmakers would never engage in casual banter about the possible actors but Howard didn’t dodge the topic and nodded when names such as Daniel Craig, Hugh Jackman and Jon Hamm were mentioned.
“Sure, those are some names and on ‘The Dark Tower’ fansites they’re all about Viggo,” Howard said, referring to Viggo Mortensen, who has plenty of appropriate experience — he’s roamed a desolate, otherworldly landscape in “The Road,” wore iron on his hip in “Appaloosa” and forever won over fantasy fans as Aragorn in ”The Lord of the Rings” films.
Howard has an eclectic filmography as a director — “Cocoon” and “The Paper,” “Willow” and “Frost/Nixon,” “Backdraft” and “How the Grinch Stole Christmas” — but he said “The Dark Tower” would take him to new places.
“Filmically, there are tones in this that I have never used before, tones of fantasy menace and elements of horror and real fear,” Howard said. “And there’s the burden, on the characters, of this journey that is really palpable. That’s what we need to get on the screen. I think there’s something about [the Frank Darabont films] ‘Green Mile’ or a ‘Shawshank Redemption,’ the complexity and the ballast of them, those are two [of the Stephen King adaptations] where you do get the horror and suspense that’s there on the page. We’re charging ourselves with the responsibility of getting a real understanding of the material and utilizing many of the best aspects of the books and graphic novels.” 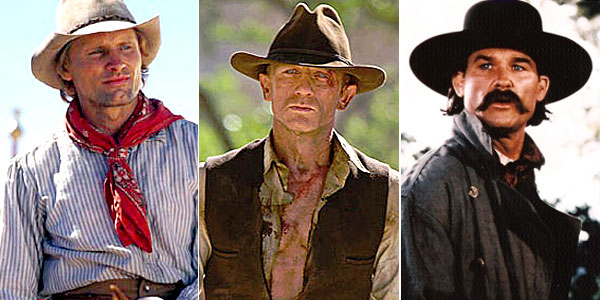 The target release for the first movie is 2013. The television series would then follow and bridge to the second film. After the second movie the television series would pick up again and carry forward to the final film in the trilogy. A television series that functions as the mortar between cinematic brick? It’s an audacious plan but in a September statement Goldsman said grand-scale storytelling is needed for the grand-scale source material.
“The worlds of Stephen King’s ‘The Dark Tower’ series are richly detailed, inter-locking and deeply connected,” Goldsman said. “By telling this story across media platforms and over multiple hours—and with a view to telling it completely—we have our best chance of translating Roland’s quest to reach the Dark Tower onto screen. We are proceeding with tremendous excitement, fidelity to the source material and, quite frankly, no small amount of awe at this opportunity.”

It remains to be seen if an audience will follow a medium-jumping story on this scale and Howard calls the whole project “the challenge of a lifetime.” He said he’s happy to lose sleep for the great quest he’s undertaking and he’s happy to report that King is enthusiastic as well.


“We’re really early on, but he and I do know that he loves what he’s hearing and he’s excited about it,” Howard said. “He has just been so welcoming. ‘Welcome aboard’ is how I would describe the reception we got…. I think he has a genuine curiosity, even at this point in his amazing career, about the way his work can be taken to another medium and therefore a kind of openness and freedom about what those stories will look like.  I hope it goes great. I hope it goes the way we think it will. It never does, really. But sometimes it goes better.”