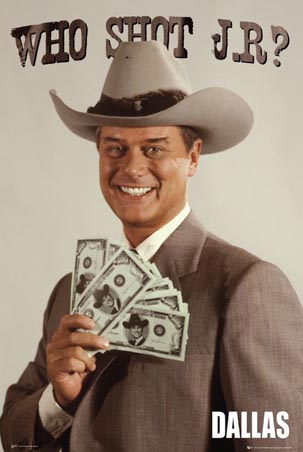 Larry Hagman returns to the land of primetime soaps with a guest role on ABC's Desperate Housewives, The Hollywood Reporter has learned.
The Dallas star will arrive on Wisteria Lane early next year as a love interest for Stella Wingfield, Lynette Scavo's (Felicity Huffman) mother, played by Polly Bergen.

"I just decided and am going to shoot next week," says Hagman, who's never seen the show, but is thrilled to be playing opposite a "big star" such as Bergen.

Indeed, Bergen received an Emmy nomination in 2008 for her portrayal of Lynette's tough-talking, hard partying mom, who famously arrived in Fairview with this line: "Where the hell do you get off having cancer and not telling me about it?" Stella later scored marijuana for her daughter as she underwent chemotherapy for that cancer. Curiously -- and coincidentally, it appears -- Hagman himself is an advocate of medical marijuana.

To prepare for the role, Hagman has taken to Hulu. "I can watch a hundred episodes on my iPad," he marvels. "I never watch television, so I better get started so I can see what the show's all about."

Hagman also confirmed that talks are still in progress for a modern-day Dallas reboot on TNT, which would include participation by Patrick Duffy and Linda Gray. Based on a script he's read, the new incarnation will "concentrate on the kids and grandkids," says Hagman. "We're negotiating right now."