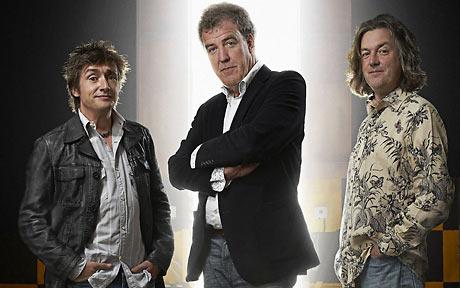 The stars' contracts ran out earlier this week but they have verbally confirmed they will re-sign as co-hosts on the BBC2 hit show, it is said.

It is thought the pair have been offered another two-year deal, but it is not yet known how much they will receive.

Sources said Hammond has received his new contract but had not yet signed it.

One insider close to the negotiations added: "May is due to sign his when he returns from some filming at the end of August."

It had been claimed that there had been "a meltdown'' in negotiations and that the pair "turned down flat'' a first offer from the BBC.

They were said to be arguing that they deserve a pay package similar to that enjoyed by Jeremy Clarkson, their co-presenter.

Clarkson is thought to have struck a multi-million pound deal last month with BBC Worldwide, the commercial arm of the corporation, which on top of his wages would give him a stake in the profits made from exploiting the Top Gear brand in the UK and abroad.

His new salary is said to put him among the highest-paid presenters at the BBC, alongside Jonathan Ross, who reputedly earns £18 million over three years, and Graham Norton, who is thought to take home £5 million over two years.

The show is a success abroad, with broadcasters in the US - where the NBC network signed a deal in March to take the format - and Australia making their own versions.
THANK GOD

Also, I need to know where Captain Slow gets his shirts.