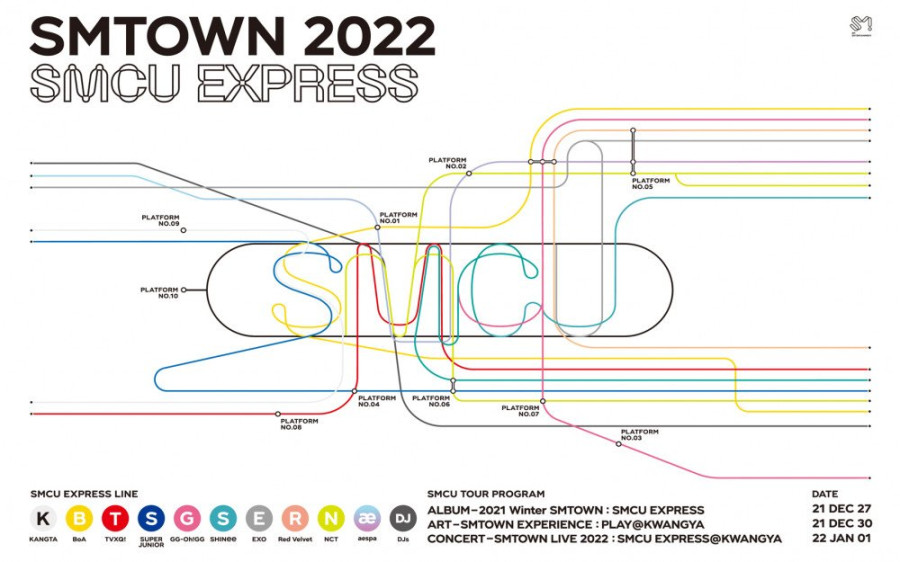 Happy New Year to all my fellow ONTD K-Popheads! 🥂

Gary Oldman imitating the late Alan Rickman and then laughing like a kid is too cute. pic.twitter.com/Ttg736Ullt

- Harry Potter: Return to Hogwarts premiered today.
- Among the many things revealed. Daniel Radcliffe revealed to Gary Oldman that the only person who knew the complete story, even before published was Alan Rickman.
- Knowing that influenced his performance and he never told the cast, crew or directors.

"Saturday Night Live" will be re-airing their 2010 episode with Betty White as host tonight: https://t.co/yHyJHyz8J9

The episode of Saturday Night Live with Betty White as host that originally aired in 2010 will air at 11:30pm ET on Saturday (January 1) on NBC.

“I am an artist, not a varient.” pic.twitter.com/UieTqJGnuv

Over the past few months, various popular memes and jokes have circulated on social media that mention Omarion’s name with the Omicron variant. The R&B singer and former B2K member took to TikTok on Saturday to wish his fans a happy New Year, posting a video in which he addressed this:

“Hi everybody, this is Omarion. I am an artist, not a variant,” he said in the clip. “So please be aware that if you just so happen to run into me on the street, you don’t have to isolate for five days, nor do you have to have a negative test result in order to dance to my music. So please, be safe, be healthy, happy new year.”

While performing “Party in the USA” at Miley’s New Year’s Eve Party in Miami, Cyrus’ top came loose. Without missing a beat or stopping her set, Cyrus turned her back to the audience, let the top fall, and quickly dashed off-stage to change. “Everybody’s definitely looking at me now,” Cyrus sang when she returned to the stage in a red blazer, adding, “I’m still in the most clothes that I’ve ever worn on stage.”

Despite covering with a red blazer, when turning to the side Cyrus did flash the camera for a brief second.

Pete Davidson co-hosted the NYE event and was just there... and he flashed his "titty" at the camera shortly after the incident. My eyes are still recovering.

A.A. Milne’s Winnie the Pooh is one of the works that are “now “free for all to copy, share, and build upon,” according to Duke’s Center for the Study of the Public Domain. Also entering the public domain is Bambi.

“Disney still retains copyright over its newer works and adaptations (and, as Jenkins points out, Disney holds brand trademarks as well). But the public is now free to reprint the original book, adapt it into a play or film, write a sequel, or use the appearance and traits of any of its characters, according to Jenkins.”

Many celebrities welcomed 2022 in fashion! And, while wearing my sweatpants, I like to enjoy and judge their fashions choices. Join me!

ONTD, did you dress up for NYE? 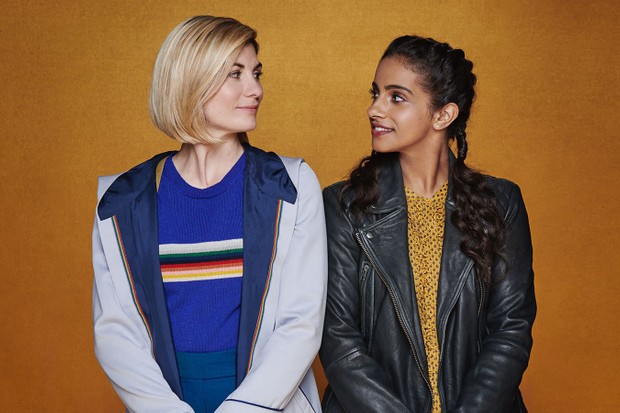 Tonight's NY Special was a Groundhog Day kind of episode and halfway through there was an interesting LGBTQI+ reveal...

[The Reveal...]- Dan (John Bishop) talks to Yaz (Mandip Gill) about the Doctor and he asks her what we've known all along. If she's in love with the Doctor (Jodie Whittaker) and Yaz confirms it.
- What's new is that Dan later tells the doctor and asks her why is he pushing her away, revealing that the doctor may also have feelings for Yaz that she's pushing inside (cause, you know, River and Rose both ended up 'dead'.)
- Are we about to see the doctor's first LGBTQ+ relationship onscreen?

#DoctorWho: Eve of the Daleks confirms Yaz has feelings for the Doctorhttps://t.co/ywyRCpVMO8 pic.twitter.com/5MikunZbz4

- We'll have to see how this unfolds in the remaining episodes. The next one airs around Easter and the teaser at the end of the episode confirmed the return of the Sea Devils from Classic Who.
- Yaz becomes the third LGBTQ+ companion after Captain Jack Harkness (Season 1) and Bill Potts (Season 10).

ONTD, were you expecting them to go there? 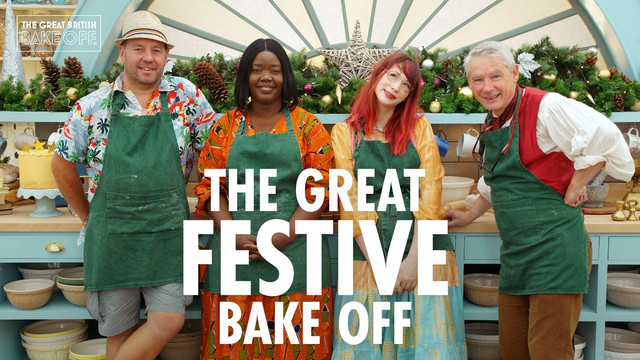 The Great New Year Bake Off

In case you need a reminder about the past bakers:
[Spoiler (click to open)] Hermine, 39, is an accountant from London and a self taught baker. She has shared how she began baking as a child and she helped her mum bake for family events. The semi-finalist had been favourite to win the show after winning Star Baker two times in a row. Speaking after the news of her exit ahead of the final, Hermine said: "It should have been my finest hour on patisserie week as that is my forte, but it was not to be, it was heart breaking to leave at the semi-final." She was known for baking high-end pâtisserie, inspired by the French influence in her home country Benin, West Africa. 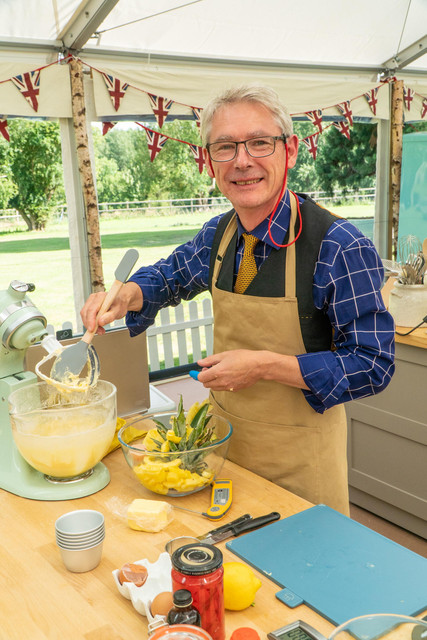 Rowan, 55, is a music teacher from Worcestershire, where he resides with his partner. Rowan shared how he has a passion for intricate, layered cakes and French pâtisserie is his favourite style of baking. The baker also enjoys swimming most mornings, cycling and horse-riding. He has also said he enjoys spending time at the British Library researching "all things 1700s". 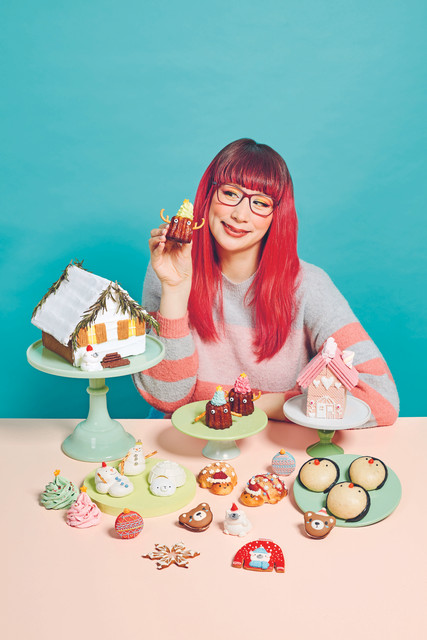 Kim-Joy, 27, was born in Belgium to a Malaysian-Chinese mother and English father. The baker now lives in Leeds with her partner and also works as mental health specialist. Kim-Joy made it to the Bake Off final in 2018. She has said her mixed-heritage background is reflected in her open attitude to all styles of baking. She has shared that bread is her favourite thing to bake and explained how she has baked every style and type of bread there is. 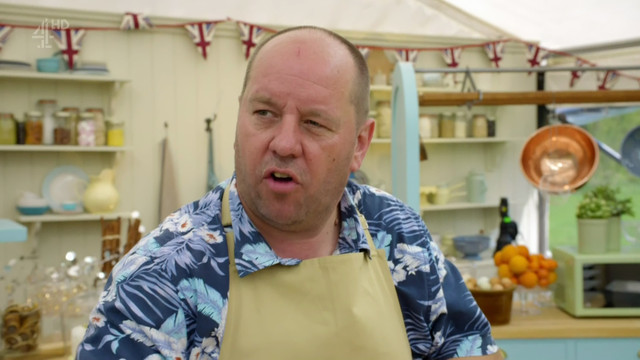 Jon, 47, is a blood courier from Newport.He also competed in series nine alongside Kim-Joy. Jon has shared he loves to bake after a long day at work and aims to make unique creations and experiment with different techniques. Jon also revealed he wasn't persuaded by family and friends to apply for the show but decided himself to give it a go. He said he went on "just for me really". 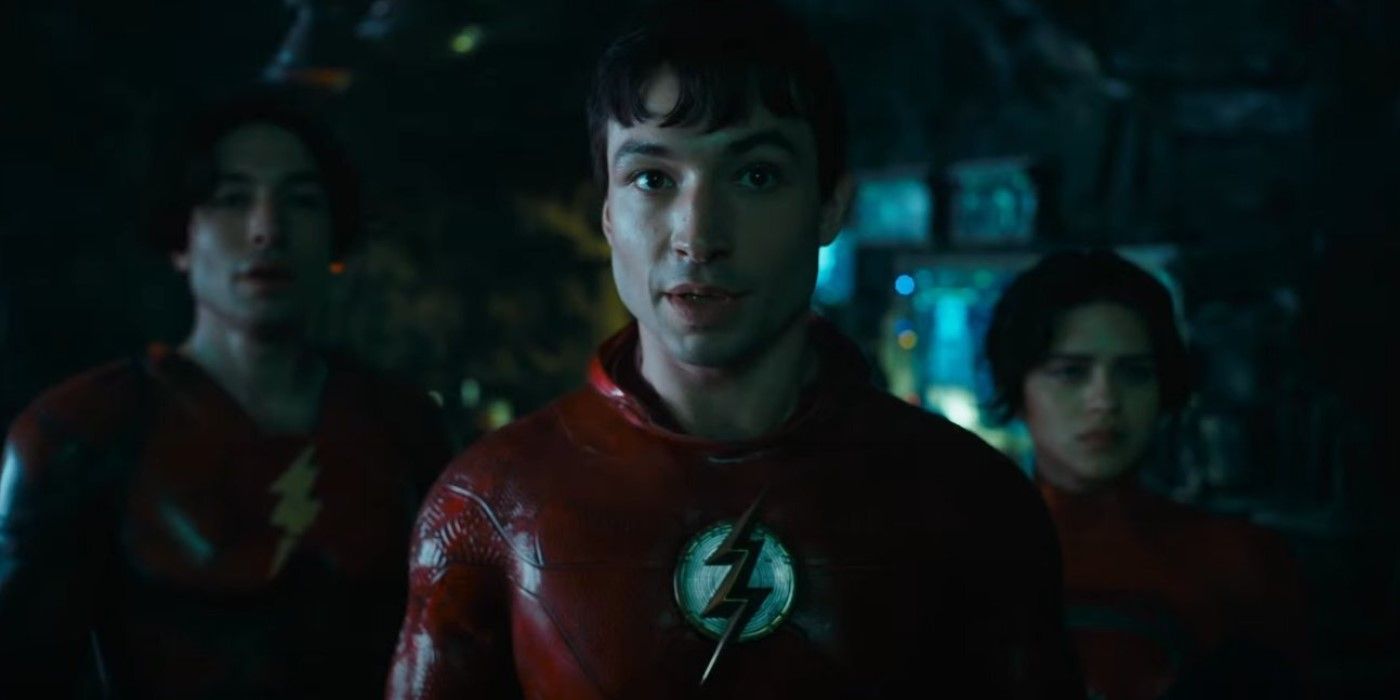 MyTimeToShineHello is probably the most accurate scooper out there (Leaked the entire Spiderman NWH plot with details, Eternals as well, knew about Harry Stiles like a year before, etc.) She rarely talks about DC, but she just revealed some important plot details of 'THE FLASH' film.

[BIG SPOILERS]- The movie basically erases Snyder films from continuity and kills the DCEU, as well as removing Henry Cavill's Superman and Ben Affleck's Batman completely.
- The film ends with Keaton being the main Batman, Supergirl being the main Supes of the planet and Batgirl in line to be the new Batman. Also, The Flash, Supergirl and Shazam form a new Justice League with Gal Gadot's Wonder Woman and Jason Momoa's Aquaman still attached.
- Snyder fans and everyone behind #RestoreTheSnyderverse are FUMING (and their meltdown is hilarious).


SPOILERS if you actually care about The Flash movie

ONTD, how do you feel about this changes?

HEARTBREAKING: Former 2NEI member CL (@chaelinCL), who is working hard on her solo career, looks back on the disbandment of the group. pic.twitter.com/1i8yb5NsQ7

CL, former leader of 2NE1, revealed (or confirmed, bc we all knew) in a recent interview that she found out about her group disbanding in 2016 through the press while at a Thanksgiving dinner. The agency did not discuss the disbandment with the girls, letting them all get caught unaware. Dara found out while filming for a show in the Philippines and had to write a letter on the spot and distribute it to fans.

Instead of releasing any statement on controversial drama "Snowdrop" or explaining why their artist chose to star in dictatorship propaganda, YG Entertainment have instead taken to trying to slander the 2NE1 members by having an ~insider release info to a reporter about how the group was disbanded because of one particular member. The ~insider claims that the group was scheduled to comeback as a trio, but that a certain member was difficult to control and wouldn't make up her mind about focusing on promotions.

Lest we forget, all 2NE1 members have left YGE while their relations with each other are good. Dara and CL (whom the ~insider is probably pointing to as the difficult member) are as good friends as ever. None of them had anything good to say about their former company. During her winning speech at the 2021 MBC Entertainment Awards, Dara asked YGE to give her back the trophies won during her time in 2NE1. 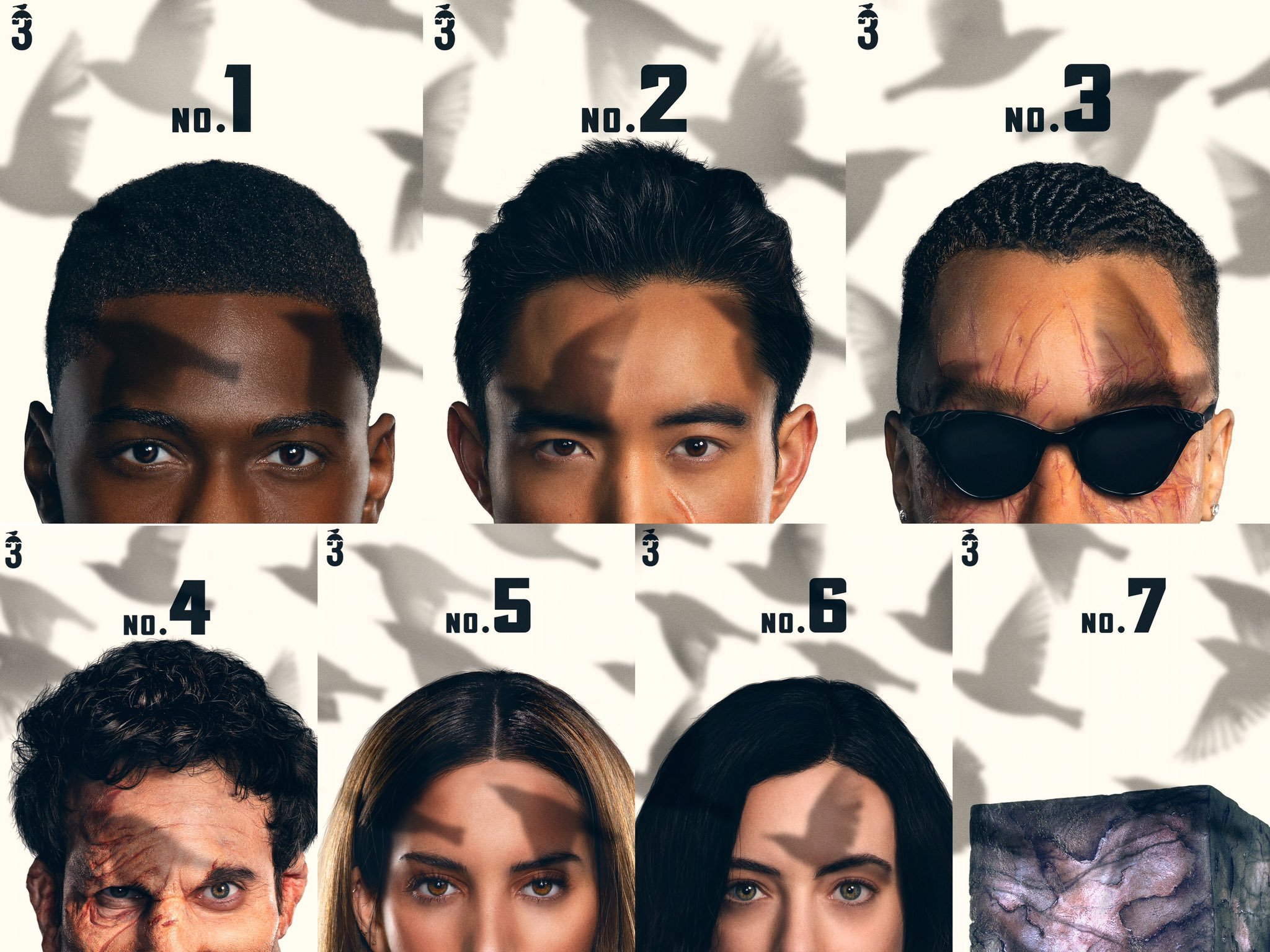 Netflix has revealed a first look at the new characters of the Sparrow Academy in The Umbrella Academy, a different ‘family’ that Hargreeves selected as a result of time travel.

One last deal to be done.⁣⁣⁣
⁣⁣⁣


Cillian Murphy is back as Tommy Shelby. Returning as well are Tom Hardy, Paul Anderson, Finn Cole, Anya Taylor-Joy and Sophie Rundle, among others. Stephen Graham also appears. Co-star Helen McCrory passed away in April this year. The fate of Aunt Polly is not disclosed in the trailer released today.

Creator and writer Steven Knight previously said of the sixth season, “Peaky is back and with a bang. After the enforced production delay due to the Covid pandemic, we find the family in extreme jeopardy and the stakes have never been higher. We believe this will be the best series of all and are sure that our amazing fans will love it. While the TV series will be coming to an end, the story will continue in another form.”

An air date has not yet been announced, although it has been teased for early 2022.

An eagle eyed fan photos the cast grid on the back wall. In that cast grid was a photo of Tessa Thompson confirming she will reprise her role as Valkyrie in the film.

Lashana Lynch was also in the cast grad confirming that she will also reprise her role as Maria Rambeau. [Spoiler (click to open)] Since Maria died before the events of WandaVision, her character will likely appear in flashbacks

I know we already had a post about the SM Concert in general but this song is causing so much controversy in Korea atm I figured it's worthy of it's own post lol.  Long story short, women in Korea feel the lyrics are way too misogynistic and are especially ticked off due to a line about wanting pictures to be taken of you everywhere you go, since sexual harassment through hidden camera harassment is a huge problem in Korea.  What do you think ONTD?

Looks like Britney Spears has just one toxic thing in her life... her Grammy Award winning song Toxic that is!

source
ontd, have you ever unfollowed your sister who stayed completely silent while reaping the benefits as all of your human rights were being taken away for 13 years?