Because Dancing with the Stars enjoys killing our childhood memories, this season they are doing two Disney nights. This week was Disney heroes and next episode will be Disney villains.

Cody Rigsby (Peloton instructor, former professional dancer) and his partner two-time mirror ball champion Cheryl Burke, who both tested positive for COVID two weeks ago, have been cleared to return to live/in-person dancing.

ONTD, who are your favorite Disney heroes and villains?

‘Guardians of the Galaxy Vol. 3: Will Poulter To Play Adam Warlock In The Next Installment Of The Marvel Franchise https://t.co/qxYYxQnzQb

Will Poulter has landed the role of Adam Warlock in Marvel’s highly anticipated sequel to Guardians of the Galaxy. James Gunn is returning to direct with Marvel Studios President Kevin Feige producing.

Like with any Marvel film, details behind the plot are being kept under lock and key. Production is expected to start this November.

Season 1 Episode 5: "We Were Just Babies"
When a trip back to Gabby and Justin's high school leads to a big emotional reveal, both Gabby and the producers are left wondering how to best move forward. Meanwhile, Nick tries his best to stage a very important conversation between Mike and Paula -- against their will. Reggie works to figure out how to cope with a new development in his relationship, and Julia struggles to relate to her daughters.

Has anyone else been watching this show? The cast includes Scott Foley (Felicity), Piper Perabo (Coyote Ugly), Teri Polo (Meet the Parents), Ser'Darius Blain (Charmed), Jon Rudnitsky (SNL), Mallory Jansen (Galavant), Kevin Daniels (Longinus on Modern Family but my favorite thing on his IMDB resume is that he was the voice of Mack on Daria), Donnetta “Lil Bit” Jackson (S6 of America's Best Dance Crew - Chicago FootworKINGz), Comfort Fedoke (SYTYCD S4), and Stanley Glover (SYTYCD S11). The show features choreography by Christopher Scott (and Comfort is one of the co-choreographers!).

Julia Ducournau's Titane, which won the Palme d'Or back at July's edition of the Cannes Film Festival, has been selected by France as its submission for the International Feature Film category for the 2022 Academy Awards. Even though the film has been acclaimed, the selection is somewhat of a surprise given the more traditional films generally submitted in this category. Of all of the films submitted in the International Feature Film category, only five are chosen for nomination for the Academy Award.

The story follows a woman (Agathe Rousselle) with a metal plate in her head as a result of a car accident as a child, and her relationship with a firefighter (Vincent Lindon) who is missing a son.

I'm still pressed they didn't submit PoaLoF!! Will this get a nom?


- He says that years later guys, girls and Ted Casablancas the media were obsessed with his sexuality and constantly questioning it.
- He doesn't think that if Brokeback happened today that it should be played by straight actors.
- He says that people told him not to take a gay role but he had a lot of gay people in his family so it didn't seem like an issue. 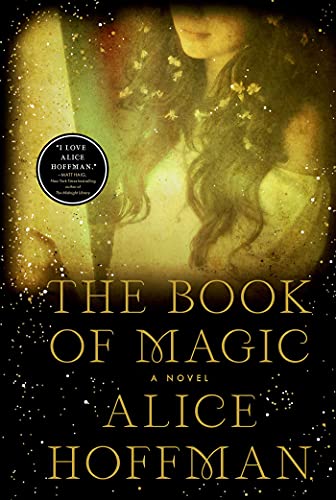 The Book of Magic
The Owens family has been cursed in matters of love for over three-hundred years but all of that is about to change. The novel begins in a library, the best place for a story to be conjured, when beloved aunt Jet Owens hears the deathwatch beetle and knows she has only seven days to live. Jet is not the only one in danger—the curse is already at work.

A frantic attempt to save a young man’s life spurs three generations of the Owens women, and one long-lost brother, to use their unusual gifts to break the curse as they travel from Paris to London to the English countryside where their ancestor Maria Owens first practiced the Unnamed Art. The younger generation discovers secrets that have been hidden from them in matters of both magic and love by Sally, their fiercely protective mother. As Kylie Owens uncovers the truth about who she is and what her own dark powers are, her aunt Franny comes to understand that she is ready to sacrifice everything for her family, and Sally Owens realizes that she is willing to give up everything for love.

Have you ever been to Paris, ONTD? Are you excited for the return of Sex and The City?

Episode 9 (of 10) is streaming now on Hulu. Even though I’m just lying back on my bed in a stupor, I’m genuinely thrilled. “Only Murders in the Building” #onlymurders

With the residents growing upset at the building’s negative publicity, the trio faces a revolt. Charles is visited by an old colleague who sheds light on his past (special guest, Jane Lynch)

What did ya'll think of the revelations from episode 9? who would've thought sex toys could get the trio a new lead on the case.
source,source

EXCLUSIVE: Jensen Ackles (@JensenAckles) is set to join the ensemble cast of "Rust," the feature Western that stars Alec Baldwin and is written and directed by Joel Souza https://t.co/MFsIyWAcpg

Jensen has been cast alongside Alec Baldwin, Travis Fimmel, and Frances Fisher in Western Rust. An infamous Western outlaw (played by Baldwin) has a bounty on his head and breaks his thirteen year old grandson out of prison when he's convicted of an accidental murder. The two fugitives go on the run and must outrun US Marshal Wood Helm (played by Jensen) and a bounty hunter (played by Travis Fimmel).

The Paul King-directed, Timothée Chalamet-starring Wonka musical has been filming for a few weeks now, but the last couple of days have brought the production to Dorset, where they are filming outdoors in full view of the public. The cast and crew were at Lyme Regis harbor filming a musical number, and onlookers were taking photos and videos of ONTD's fave consumptive Victorian orphan.

The Golden Globes plan to recognize the best movies and shows of the year, even without a show on NBC for next year, according to a letter sent to publicists and studios on Friday https://t.co/jyqbMxfDfl

They don't have a TV time slot anymore and the membership is still a mess, but they now announced that the awards will be given out in some form

The Grammy Awards have determined that Kacey's pop crossover Star Crossed is not eligible for the country album categories this year. According to the article, an album must contain at least 51% country instrumentation to be eligible. The president of her label argues that the album contains more country than her previous album Golden Hour, which won Best Country Album and AOTY.

Do you like scary movies? Watch the NEW trailer for #ScreamMovie – In cinemas January 14, 2022.

Coldplay frontman Chris Martin surprised fans when he was spotted walking barefoot after leaving the BBC Radio1 Live Lounge on Monday in London. The "Fix You" singer, 44, appeared to have been doing some artwork as he stepped out with paint on his hands and pants.

More photos below at the source.

ONTD, do you walk outside barefoot?

Chris Martin was spotted walking to his car barefoot after a performance at the BBC Live Lounge! See all the photos here:https://t.co/98DgK9jeAY

Has anyone here watched S3 yet? Would love to hear your thoughts even if you haven't. 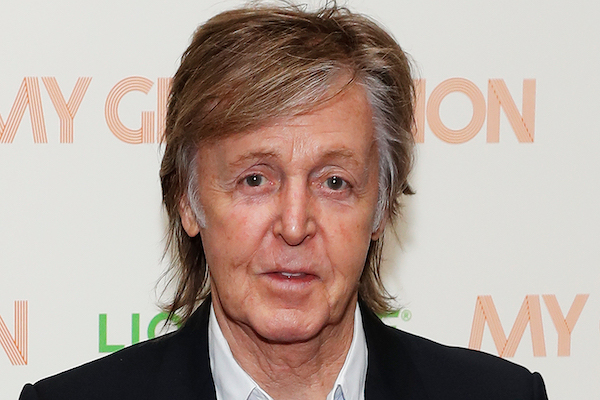 Boy drama! Paul McCartney of The Beatles has dissed The Rolling Stones. He says,

“I’m not sure I should say it, but they’re a blues cover band, that’s sort of what the Stones are...I think our net was cast a bit wider than theirs.”

Bloop. This isn't the first time he has shaded or dissed them, either.

Open to: All, detailed results viewable to: All. Participants: 252

🎵 And my brother's back at home with his Beatles and his Stones... 🎶

Jennifer Lawrence and Gene Stupnitsky (The Office) have set a deal with Sony to make a coming of age dramedy called No Hard Feelings. Set in Montauk, the project has drawn comparisons to Bad Teacher and Risky Business, and drew a lot of interest from streamers when it was introduced a few weeks back. But with JLaw asking for $25 million, the streamers dropped out early in the bidding and Sony ended up with the film. There's no further info on the price tag or casting as of yet, but it sounds like it will shoot next summer.

Smash Mouth’s lead singer Steve Harwell is apparently retiring after a controversial concert in upstate New York on Saturday that found him slurring his words and making vaguely threatening comments toward the audience. https://t.co/OuPtFMYp6S

His words included the threat, "I’ll f—king kill your whole family, I swear to God."

I don't think we can embed TikToks on LJ, but the original vid is here.

He was looking kind of dumb with his arm in the shape of a sieg heil over his forehead.

Adele says she could ‘never afford’ her Los Angeles house in London https://t.co/QXjzvZwacZ

Poor Adele! She recently purchased three houses in Los Angeles for a total of $30 million, but London was simply too expensive for her!

According to her, “The kind of house I have in L.A. I could never afford in London. Ever.”

Open to: All, detailed results viewable to: All. Participants: 383

Can you afford real estate in your city, ONTD?

The members of the 118 face an awkward rescue call when they arrive on the scene of a man who has over-exerted himself exercising. The team also must save the life of a groundskeeper whose chainsaw cut into him and race to an explosion at a retirement community. Meanwhile, Athena has an extreme reaction to Harry's new behavior. Then, Hen and Eddie, as well as Buck and Ravi, have rocky starts to their new partnerships, and May receives an emergency call from a suicidal teen, while continuing her uneasy work relationship with Claudette.

BREAKING: Autopsy determined that Gabby Petito's cause of death was strangulation and her death was a homicide, coroner says https://t.co/vbfKrQKsKS pic.twitter.com/pzO2RHAL5t

A Teton County coroner has revealed the cause and manner of Gabby Petito's death and how long her body lay in the Wyoming countryside.

Details behind the cut. [Warning, violence]The cause of death was strangulation, the manner was homicide, and her body lay in the woods for 3-4 weeks before discovery.

Her boyfriend, Brian Laundrie, allegedly fled from his parents' home in Florida shortly after authorities began searching for Gabby. The couple was traveling by van across the Western U.S.

- Says it's 'bandwagoning' and would have been considered shocking 20 years ago
- He also mentioned Tim Drake coming out as bi
- He had a list of other right wing talking points that he thinks were more important (like gay rights in Iran, or women's rights in Afghanistan or government in overreach and corruption among other things).

The world learns about the affair and Monica Lewinsky becomes the most famous woman in America.

Kim Kardashian was asked “what’s the meanest thing your child has said to you?”.

To which she replied: "Every time I get into some kind of disagreement with my daughter, she'll say, 'Your house is so ugly, it's all white! Who lives like this?' She just thinks it gets to me, and it is kind of mean because I like my house," the lawyer said.