Happy October, 🎃NTD! It's officially the start of the best holiday season of the year!

I thought I would help kick off celebrations by compiling a short list of remarkable horror classics to enjoy throughout the month of October. By "classic" I mean influential, interesting, and incredible, but I also mean old. And by "old," I really mean that I wanted this list to be compiled of horror content from before 1970 to highlight some of the earlier works that you may have only heard about but never got around to enjoying. Browse the list and contribute your favourites in the comments so we can all enjoy the frights!

One of the most influential zombie horror thrillers of all time (although in this film they’re referred to as “ghouls”), this classic made its mark on cinematic history in a number of impressive ways. It’s an indie. It’s Romero’s first ever feature film. It had a budget of only a little more than $100,000.00 but grossed millions, making it one of the most profitable productions of the time. The protagonist is played by Duane Jones, one of the first black actors to star in an American horror movie (and it was his first film, too).

If you’re a fan of zombie films, you’ll see just how much this movie influenced the genre. Jordan Peele has even credited the film as being an inspiration in some aspects for Us – specifically how it was a horror movie about race that didn’t explicitly talk about race.

Where you can watch it: Criterion, YouTube (albeit a poor quality version), and for rent on various sites like Amazon Prime and iTunes.

But how scary is it?: It's pretty scary! Jump scares, blood and gore, and ghouls that are a little too human for comfort. And it wastes no time – you’ll be freaked out within the first 10 minutes.
( Collapse ) 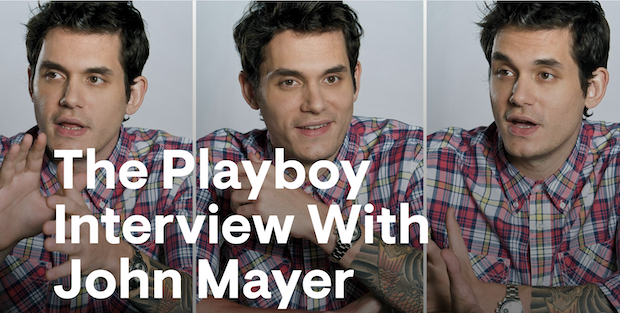 Let's get into another Notorious Celebrity Interview. This time, it's John Mayer for Playboy. He had to do major damage control after talking about fucking his exes, using the n-word, and...well, just look for yourself.

The interview was formatted as a Q&A, so these are his words directly. 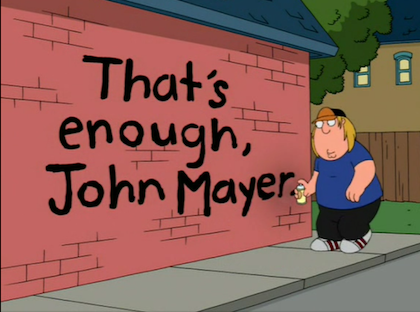 Mods, this interview was thousands of words long because the dude loves to talk about himself, so this is only a short-ish excerpt.
Source

The mystery hasn't been solved yet :(

The Internet Investigator on YouTube has posted a video about the mystery and what we know about it so far. The top comment on the video reports that the curtain also came in pink and was marketed to teens in the 2000s.

Here is the subreddit if you want to join.

Still waiting for a celebrity news outlet to pick this up...

Urban Meyer is a very successful college football coach. The last college team he coached was Ohio State, and he owns a restaurant in Columbus, Ohio. He now coaches the Jacksonville Jaguars, who are 0-4. They played the Cincinnati Bengals on Thursday night in Cincinnati, and he used the trip to visit his restaurant on Friday. A Twitter account called @uh_oh_urban (which has been deleted) published this on Saturday:

Is this why Urban Meyer is trending? 😳 pic.twitter.com/nFg8kUFVli

That's Urban in the shorts, but that's not his wife in the tank top.

Sorry for the blah headline but "Urban Meyer gets a lapdance from a woman who isn't his wife" seemed too sensational.

-12 million files from off-shore tax companies providing tax avoidance schemes to the rich and famous have leaked in a new financial exposé dubbed the pandora papers. Keep in mind that most of what a lot of these celebrities are doing is not illegal, just wildly unethical.

#DannyBoyle just doesn’t miss. Here’s how we rank every one of his films. https://t.co/5733bd11db

Lizzo asked Chris Brown for a picture in new video:

“Can I get a picture with you because you’re my favorite person in the whole f*cking world.”pic.twitter.com/QcSYrCiOm0

Lizzo, 33, is seen in this video approaching Chris Brown, 32, and says “can I get a picture with you because you’re my favorite person in the whole fucking world.”
Source

Ontd, do you have a problematic fave?

Some celebrities manage to accidentally cancel themselves. Take Katie Couric. She is publishing a new memoir called Going There, and several excerpts reveal that she is not exactly the sunny, warm person her public image that she tried to cultivate.

Venom: Let There Be Carnage opened to an estimated $90M this weekend, setting the record as the largest pandemic opening weekend beating Black Widow ($80M).

There were two other wide release in theaters this weekend; The Addams Family 2, which is also available on PVOD opened to $18M. The Sopranos prequel movie The Many Saints of Newark opened to an unimpressive $5M, it's is also streaming for free on HBO Max

Meanwhile, Shang-Chi: Legend of the Ten Rings crossed $200M domestic this weekend, the first (but certainly not the last) pandemic release to cross that milestone. It's total domestic gross so far is $206M

- Grandaddy Warbucks is already complaining about the trip but hindsight is 20/20
- something about Tinted Testicle with this cigar is sending me. Okay, sis, but that video set was low budget
- giving that DragonBall Z kamehameha
- Baby Dylan!!!!!!!!!!
- Her Brokeness and the Nosy Sugar Baby converse about Pageant Peanut Butter Foundation's reckless ass mouf over celery
- NSB and Konniving Kurn going from dueling over their husbands to commuting on the road trips - look how far we've come
- Gooooorl, no one cares about SweatyBack ClosedSteakhouse
- GVO (this something these old folks done made up)
- is Candiace like 12 years old? (The answer: yes) Who the fuck is still doling out ya momma insults like a genuine insult with that dated ass album she put out
- is Mia the Malleable just sashaying up and down the hallway to avoid Daughter Dearest
- someone please come get yo grandaddy
- Mia the Malleable and The Spoiled Brat get into it once again about feets, raggedy parking lots, Mia not knowing what business entails
- Does Ofaskale even speak in this episode?
- Mia is well, dumb, but she's right about one thing, Candiace is a fucking child
- Car Wash Eyelash Candiace got the nerve to tell someone they need therapy

Can you be a Real Housewife if you don't carry oodles and oodles of LV luggage on a girls trip?

Korean actor Wi Ha-joon (30), recently played the role of Hwang Jun-ho, a police officer who is trying to find his missing brother on Netflix's "Squid Game".

The actor is on Men's Health Korea cover issue this month and he told them he was sad he didn't get more scenes with Lee Jung-jae on the show. He also talked about going to the gym 5 days a week.

"Today let's dive into the truly bizarre story of the 2016 clown sightings. For a few brief months in 2016, the world was in terror of killer clowns roaming the streets. Who were these clowns? What did they want? Let's find out! - Izzzyzzz"