Just like his 7 EP, the debut album has a lot of different genres. And this time, Lil Nas X has blessed us with 15 songs. From bops such as Scoop, CMBYN, and Industry Baby to pretty ballads such as Am I Dreaming, there’s definitely something for everyone. And the Art of Realization > Scoop transition? Chromatica II > 911 found dead in a ditch!

The video for his new single That’s What I Want is out as well:

The Montero Show also premiered tonight, in which he ranked his music videos and gave birth to bb MONTERO:

What do you think of MONTERO, ONTD? I love Scoop, That’s What I Want, Don’t Want It, and of course CMBYN and Industry Baby!

Gaby Petito, lifestyle influencer with almost 300k followers, was traversing the USA since July, documenting her experiences from a camper van, along her boyfriend, upcoming influencer, 23 year old Brian Laundrie, when she mysteriously went missing while hiking in Wyoming’s Grand Teton National Park.

Petito was known to go off the grid for days at a time while traveling, but would check in with her family. Petito’s parents reported her missing on Sept. 11, two weeks after the last time she was on the phone.

Police said about her disappearance, the “circumstances are odd.” Concern grew when it was discovered that her boyfriend returned on Sept. 1 to their home, in the van without her.

Days earlier, Petito’s mother received a text message from her daughter’s phone saying: “No service in Yosemite,” family and their attorneys do not believe it was Petito who wrote that text.

Police named Laundrie a person of interest in the case, identifying him as the last known person to have seen Petito. Despite this, Brian has been uncooperative with the police and has not provided information on her whereabouts, staying silent on the matter.

Utah’s police recently released body camera footage of an altercation between Petito and Laundrie, on Aug. 12 while they were traveling through the area. Footage shows police attempts to calm a distraught Petito, who tells officers she struggles with mental health and with her boyfriend while living in the van’s close quarters. Petito says Laundrie locked her out of the van, and her slapping Laundrie. Laundrie told officers that Petito became “manic” and paranoid he would strand her in the desert during the road trip.

His feed is inundated with comments from concerned users probing him to say what happened on that fated trip.

In Theaters November 24 and directed by Stephen Karam 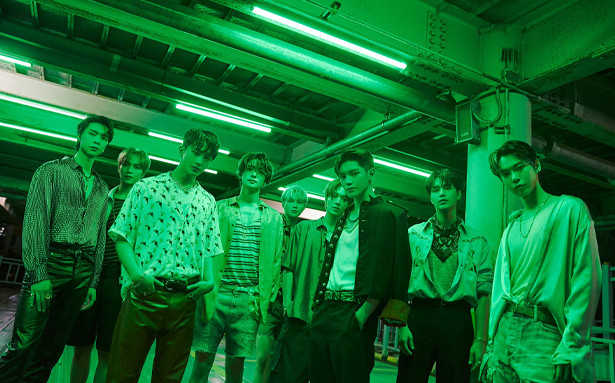 NCT 127 is back with new album 'Sticker'. Like many NCT title tracks it has an interesting and unique sound. The album features 10 other new songs.

So ONTD how do you feel about Sticker? Fav tracks on the album?

Sarah Paulson was recently asked about her future plans.

Shaun King recently launched his A Real One clothing line, which he describes as “a disruptive fashion company designed to completely change the supply chain from the seed to your closet,” but already he seems to be stealing borrowing work from other organizations that actually have been involved in the industry he seeks to exploit next.

The image you see here is from a Gatsby Foundation report on the Tanzanian cotton and textiles sector, but it's being used uncredited on the A Real One website.

Enter for a round-up post of only some of the many tawdry tales from the British royal family. Buckle up! The movie is directed by William Eubank, who also directed Underwater.

Paranormal Activity: Next of Kin premieres exclusively on Paramount+ October 29.

Anyone ever experience any paranormal activity?

Nicki Minaji went after CNN and Don Lemon for their coverage of her harmufl tweets about the Covid-19 vaccine. Nicki also made homophobic remarks to Don Lemon.

Later, she doxed a Trinidadian reporter she accused of harassing her family.

This is all to distract from the fact her husband plead guilty after he failed to register as a sex offender and faces up to 10 years in prison. And both Nicki and Petty are being sued for harassing the woman he assaulted. They are hiding in their home to avoid being served.

Nicki Minaj says her family in Trinidad have been harassed and threatened by journalists. pic.twitter.com/s6AzYUN2lT

Photographer David Arnold posted some BTS photos of the Met Gala. Taika Waititi and Rita Ora are still going strong, seen together at the Prada table.

There have been some speculation (Deux Moi) of a possible engagement.

The Hollywood Reporter confirms that WarnerBros is remaking the 80’s cult hit, The Lost Boys.

Noah Jupe (A Quiet Place) and Jaeden Martell (It) are set to star.

Randy McKinnon, who is already working on WB/DC’s Static Shock, will write the script. Jonathan Entwistle on board to direct.

Although the self proclaimed "First Trans Popstar" claims her intentions of releasing her song "DICK" was to celebrate her community, she did more bad than good in the process.

how mad do u think they’re gonna get when they realize the song is never dropping. i made DICK just to pussystunt in my DICK dress. i got the whole internet mad over a pussystunt. cus THAT is the power of Trans Women. 🏳️‍⚧️

y’all are so quick to sexualize Trans Women. i did NOT hook up with every guy in the video. it’s so hard to believe that a man can just be friends with a Trans Women. that is UR narrative. this song is a celebration for my community. and my sisters. Trans Women are the future.


Also for some odd reason she thought it would be cute to feature both Sophie and Marsha P. Johnson who have passed away with the word DICK plastered on their faces.

This is so fucking weird??? pic.twitter.com/GdJQy8sows 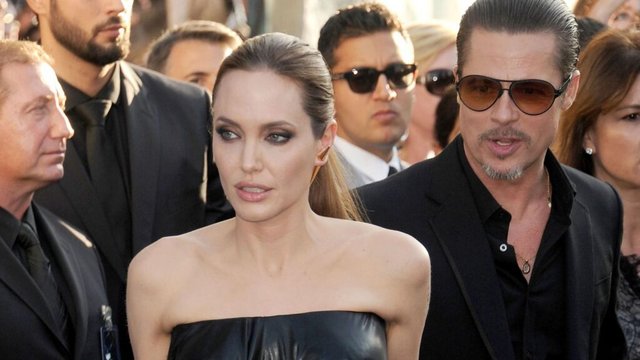 The following celebrity couples you could have guessed from the start that their relationship is not meant to last forever.

Brad Pitt and Angelina Jolie were considered the ultimate Hollywood couple, however Brangelina raised certain red flags from the start. The era Brangelina started as an affair. For Brad and Angelina it was over after twelve years

What couple is doomed to fail, ONTD?

To mark World Patient Safety Day 2021, Royal College of Nursing's ambassador Emilia Clarke has released a message to RCN members, thanking them for their skill, care and compassion in keeping patients safe across the UK.

Take a first look at Buffy the Last Vampire Slayer, a new comic book series set 30 hard years after the show — and Buffy is still slaying vamps in her 50s. https://t.co/U7E9PPf8e2 pic.twitter.com/wVlVx8ft7k

-Written by Casey Gilly with art from Joe Jaro, in the time of the four-issue series, things have gone terribly wrong. A magical catastrophe has nearly blotted out the sun, cloaking the world in darkness and giving vampires free rein to cause trouble. Buffy (50 years old) is fighting just to stay alive, until she finds a young girl who might just be able to end the fight.

-Spike and Xander appear to have survived the good fight to continue being by Buffys side.

It’s official - the #RHONY Reunion will *not* happen. A Real Housewives first! pic.twitter.com/2UgTO0Wjsp

-For the first time in (US) Housewives history, a Real Housewives franchise will have no reunion.

-There have been many rumors surrounding bts drama with the cast refusing to get together to film.

-Last week Andy tweeted for fans to submit questions for the RHONY reunion but how times have changed....

-Things were already looking iffy when Bravo failed to film the reunion before the season finished airing which has only happened to RHOA due to COVID and finding a way to go virtual for the first time.

We all have that one friend. Meet four of them. This Fall's hottest new show is finally moving in -- to Netflix.

All 180 Episodes of Seinfeld are streaming October 1st.

Dutch model Doutzen Kroes (she also acted in Wonder Women), who has being spreading inumerous antivaxx post on Instragram for months, posts this on September 17th for her 6.8 millions followers:

Jessica Chastain is opening up about the big role she turned down, which later went to Jennifer Lawrence and earned her an Oscar nomination https://t.co/qDoP1F3mRq

While doing the promo rounds for her Tammy Faye movie, Jessica Chastain revealed she was offered a role made famous by Jennifer Lawrence, but she had to turn it down due to scheduling conflicts.

Once upon a time @jes_chastain passed on AMERICAN HUSTLE (the Jennifer Lawrence role) to work with Liv Ullmann. Guess what? It all worked out in the end. And we’ve got SCENES FROM A MARRIAGE. pic.twitter.com/eMQddbNSGM

"I love David O Russell, love, love, love, and I've always wanted to work with him. And I got offered American Hustle, the Jennifer Lawrence part. I wanted to do it. It conflicted with Liv Ullmann and Miss Julie."

She goes on to say that Jennifer Lawrence played the part better than she ever could have.

What do you think? Would you have liked to see her in the role? It certainly would have been more age appropriate.

Antoni is hitting the publicity tour hard for his new cookbook Antoni, Let's Do Dinner.

He told Vanity Fair everything he does in a day.

"Dear Evan Hansen" stars Ben Platt and Amandla Stenberg take the WIRED Autocomplete Interview and answer the internet's most searched questions about themselves, the smash-hit musical, and its film adaptation. When did Ben Platt first win a Tony Award? How did Amandla Stenberg become an actress? What's Ben's vocal range? Is Amandla vegan? Ben and Amandla answer all these questions and much, much more!