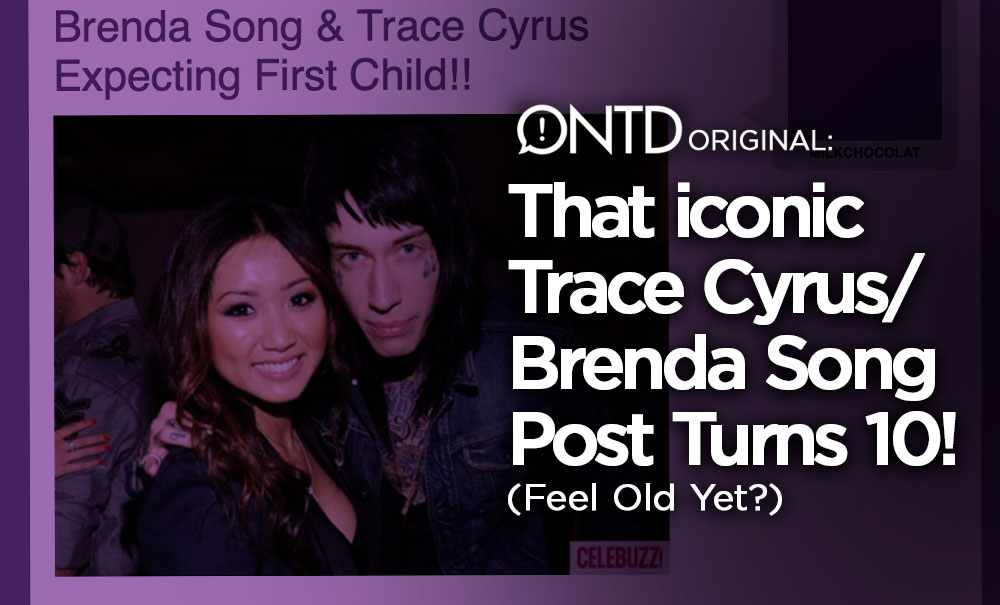 So. That iconic post turns 10 TODAY. It's part of ONTD history and it's glorious.
For those unaware... Brenda and Spirit dated back in the day and she announced her pregnancy, but it was a lie she invented to keep Cyrus. Of course, ONTD did not know the entire story when this post happened, so they were feeling sorry for Brenda and his horse looking child.

You can visit the post here, but let's rank the best comments.

ONTD, is there a post as iconic as Brenda and Trace's?

A low quality trailer for Spider-Man: No Way Home with unfinished VFX was leaked on TikTok.
Sony and Marvel has started taking down the videos of the trailer being shared on various social media, confirming it is in deed real.
The actual trailer is rumored to be released tomorrow night after Sony's CinemaCon presentation.

In less than two weeks, a Marvel Legend will rise. Experience Marvel Studios’ “Shang-Chi and the Legend of the Ten Rings” in theaters September 3.

After their success, Brave Girls are back with “After we ride”

Is this really the type of colonizer 'hot take' the @washingtonpost wants to publish in 2021- sardonically characterizing curry as "one spice" and that all of India's cuisine is based on it? pic.twitter.com/suneMRD8vs

Top Chef host, model and author Padma Lakshmi responded on Twitter to an opinion piece that described Indian food as “based entirely on one spice” and tasting “like something that could knock a vulture off a meat wagon” in an article.

The article, “You can’t make me eat these foods,” was written by Washington Post “humor” columnist Gene Weingarten, and focused on several foods he says he refuses to eat and why. Some of the other foods mentioned: Old Bay seasoning, balsamic vinegar, anchovies, hazelnut, pizza or hot dogs with more than two toppings?, cooked green peppers, “garbage sushi,” sweet pickles and bleu cheese.

When the columnist double downed on the social media backlash, Lakshmi responded, “on behalf of 1.3 billion people, kindly fuck off.”

[Full Quote of What He Wrote]The Indian subcontinent has vastly enriched the world, giving us chess, buttons, the mathematical concept of zero, shampoo, modern-day nonviolent political resistance, Chutes and Ladders, the Fibonacci sequence, rock candy, cataract surgery, cashmere, USB ports ... and the only ethnic cuisine in the world insanely based entirely on one spice. If you like Indian curries, yay, you like Indian food! If you think Indian curries taste like something that could knock a vulture off a meat wagon, you do not like Indian food. I don’t get it, as a culinary principle. It is as though the French passed a law requiring every dish to be slathered in smashed, pureed snails. (I’d personally have no problem with that, but you might, and I would sympathize.)

You *clearly* need an education on spices, flavor, and taste….

I suggest starting with my book “The Encyclopedia of Spices & Herbs”:https://t.co/DARIJ1olqf

Eric Stonestreet (49) announced on Instagram that he and Lindsay Schweitzer are engaged. He shared several photos that showed off her eye-popping diamond ring.

Stonestreet and Schweitzer began dating shortly after meeting at a Kansas City charity event in 2016. She is a pediatric nurse

Barry Keoghan required hospital treatment after he was the victim of an assault in Galway.

He was found with serious facial injuries and was rushed to the hospital, where he was treated for his injuries, including cuts to his face, and later released.

Disney unveiled new artwork and story details for its Splash Mountain revamp, revealing that the ride's story will pick up where 'The Princess and the Frog' movie left off. https://t.co/BSDBwJuGMx


-Disney’s Parks division revealed new details for the Splash Mountain revamp for World Princess Week.
-Guests will follow Tiana as she plots a one-of-a-kind Mardi Gras celebration with Naveen and Louis.
-The ride will feature original music inspired by the movie’s soundtrack.
-Epcot in Disney World is planning to add a Tiana-themed playground.
-Disney+ is planning a new series starring Tiana
source

After almost 1,5 years NCT 127 is set to make their comeback on the 17th of September with their 3rd full album 'Sticker'. With a friday release it seems they'll be going for a spot on the billboard 200 chart.

[NCT 127 comeback teaser + mood sampler]
Leading up to the announcement were teasers with a college theme during the day and a hacker theme after midnight.


[Stuff about WayV members]
After Kun & Xiaojun and Ten & Yangyang it's now Lucas & Hendery's turn. On the 25th of August they'll release their single 'Jalapeño'


And a behind video showing him recording the song. 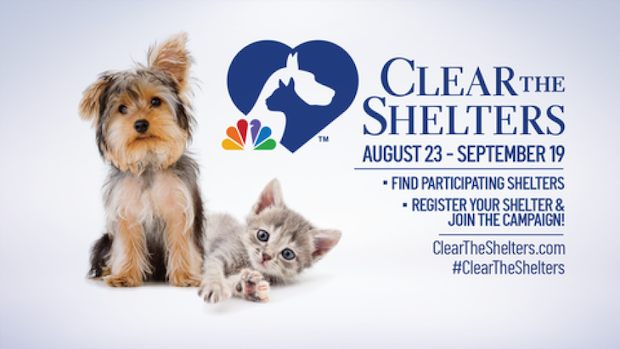 NBCUniversal and Telemundo are teaming up with animal shelters across the U.S.A. to encourage pet adoption from animal shelters and raise funds. This "Clear the Shelters" campaign runs from August 23rd to September 19, 2021.

Since 2015, the television networks have helped more than 500,000 pets find new homes. During the program, select shelters will waive their adoption fees and others will have fees of only $15.

It involves two TV stations, so maybe it sort of counts as entertainment news? Anyways, it's an excuse for a pet post!

A.P. Bio Season 4 will be available for stream September 2nd on Peacock

It’s time for our yearly PSL is back at Starbucks, that means Fall is around the corner thank God post. The coffee chain officially announced that their Pumpkin Spice Latte returns mañana on Tuesday, August 24, along with their menu of autumnal-flavored foods and drinks.

Also returning to menus is their Pumpkin Cream Cold Brew, sweetened with vanilla syrup and finished with pumpkin cream cold foam and pumpkin pie spices on top. The fall-favorite cold brew outsold the PSL for the first time ever in 2020, a rep for SBux said.

Starbucks is also stocking up their stores with Fall baked goods such as the pumpkin cream cheese muffin and pumpkin scone.

We met the first wave of castaways last week, now the eliminations begin. Women are getting cut first.

🚨This is now a two-day a week commitment, so see you tomorrow🚨

'star-crossed' is due to be released on 10th September. The title track is out now:

There will be an accompanying film - featuring cameos by Eugene Levy, Princess Nokia, RuPaul’s Drag Race‘s Symone, Victoria Pedretti, and Megan Stalter - dropping on Paramount+ on the day of the release, see the trailer below:

- New series "Only Murders in The Building" debuted with 100% score on Rotten Tomatoes. The show will air on Hulu, August 31.
- The comedy/mystery show is starred by Selena Gomez, Steve Martin and Martin Short.

- One of the reviews say:

Of course, Martin and Short have a great rapport, a kind of comedic shorthand and flawless timing. But Gomez joins right in - a kind of deadpan, acerbic presence who keeps the other two in check and adds a much-appreciated contemporary contribution.

The news was also confirmed by other entertainment sites, but let’s look at this post of L to the OG instead.

Over the past several days, social media users have posted videos of the #MilkCrateChallenge,
A viral trend in which participants attempt to climb a staircase of milk crates without falling.
It may sound like a pretty simple task, the challenge has proven to be quite difficult for most.
When stacked on top of one another, they provide very little stabilization.
The higher an individual climbs up the staircase, the harder it becomes to stay balanced, especially on uneven surfaces like lawns.
Some participants have successfully completed the challenge, but the vast majority have failed miserably.

Milo lets me sing Queen to him before bedtime 💫

Riverdale star Lili Reinhart has got pipes, it seems. She released a TikTok recently where she serenaded her dog Milo with Bohemian Rhapsody by Queen. And personally I was pleasantly surprised because on Riverdale, every musical episode is filled with autotune. Her natural voice gives me Disney princess vibes and NGL I kind of teared up hearing it the first time — I cry a lot on my period, okay?!

Based on the New York Times Best-selling memoir about one woman's incredible story of hard work, low pay, and a mother's will to survive.

Starring Margaret Qualley, from the Producers of Shameless and Promising Young Woman.

Comes to Netflix on October 1.

ONTD, are you ready for the multiverse?

NBCUniversal's content chief Susan Rovner says that "whenever Greg Daniels wants to do [a reboot of The Office], we're standing by." https://t.co/wHoGoQBEun pic.twitter.com/vcJivIEkUL

NBCU content chief Susan Rovner today told Deadline that “whenever Greg Daniels wants to do one, we’re standing by.”

Earlier this year, Daniels said that a reboot wasn’t in active development but that he wouldn’t rule it out. He told Collider, “It’s not impossible for sure. I would want to be involved, and I’ve got two other shows [Upload and Space Force] I’m working on right now.”

Would you watch a reboot of The Office?

Ariana Grande fans noticed that Joan Grande was following a new blank Instagram called R.E.M beauty. The Instagram has a link to a bare bones website where you can put your email in to join their list.

In this oversaturated market, will Ariana’s beauty line be a Rare Beauty (Selena Gomez hit line) or an About Face (Halsey’s flop line)?

Freeform has renewed the show Motherland: Fort Salem for one final season.

A story about love that's over time.

Adapted from Ingmar Bergman’s 1973 Swedish classic, and starring Oscar Isaac and Jessica Chastain, Scenes from a Marriage re-examines the show’s iconic depiction of love, hatred, desire, monogamy, marriage, and divorce through the lens of a contemporary American couple.

The Weeknd has purchased an incredible L.A. mansion for $70 million and we have photos from inside the home. Take a look! https://t.co/0z0SkJiJwU

I didn’t know he had that kind of money.

I need it now but also I don’t want it to end.
Collapse