- having half her lung removed in surgery
- she never smoked
- hopefully no chemo/radiation, as it's confined to one lung
- yes, also vaxxed

Ugh, that's so unfair. She lost her mom in March 2020 (not to COVID) and of course the whole insanely disproportionate Tr*mp mask thing seriously messed up her life & career. And now this! Fuck cancer!! 🖕
source

Our August 2021 cover star is @IamSandraOh ⭐ In conversation with fellow actress and showrunner Amanda Peet, the acting great talks about the nuances of great storytelling, Hollywood’s frustrations, and the power of womanhood https://t.co/7a6AEi83jy pic.twitter.com/hmU84dvsdT

Sandra Oh is interviewed by Amanda Peet on their new show, Netflix’s The Chair, as well as Sandra's career.


Sandra Oh for @TheCut. You can read the interview here: https://t.co/c8lFJmaX8M pic.twitter.com/wyecynFWfM

#DaBaby issued a formal apology for his past comments... 💯 @DaBabyDaBaby pic.twitter.com/JR3ONHxJfk

Da baby D'Apoligizes after we collectively told him to get Da Fuck Out. Asshole homophobe thought being canceled was only an online thing..... well he fucked around and found out. Da Bastard literally got canceled multiple times from various events. well, it's too late to say sorry now.

Filming wrapped today on Season 1 of @AmazonStudios’ highly anticipated "Lord of The Rings" TV series and we now have a premiere date#LOTRonPrime https://t.co/73OBmPvPCP

Amazon has revealed the premiere date of September 2, 2022 for their epic series that takes place in J.R.R. Tolkien's "Lord of the Rings" universe. The first photo from the production has also been released. This series takes place in Middle Earth thousands of years before the events in Lord of the Rings, during the Second Age. The showrunners are J.D. Payne and Patrick McKay and the ensemble cast includes Cynthia Addai-Robinson, Sir Lenny Henry, Joseph Mawle, Nazanin Boniadi, Morfydd Clark, Ismael Cruz Córdova, and Robert Aramayo.

i hate giving my dollars to Amazon but this is so pretty, i can't help but feel excited

Aubrey Plaza is set to star in the Hulu drama pilot “Olga Dies Dreaming,” based on the upcoming book of the same name by Xóchitl Gonzalez. Gonzalez is also writing and executive producing the pilot, and Alfonso Gomez-Rejon will direct and executive produce.

Olga Dies Dreaming tells the story of a Nuyorican brother and sister (Plaza) from a gentrifying Sunset Park, Brooklyn, reckoning with the absent, politically radical mother and their glittering careers among New York City’s elite in the wake of Hurricane Maria.

Plaza will star in the titular role as Olga, a renowned wedding planner whose surface successes mask a darker interior. For Olga, the pursuit of perfection has become a compulsive survival mechanism as she tries to climb as far from her past as she can. 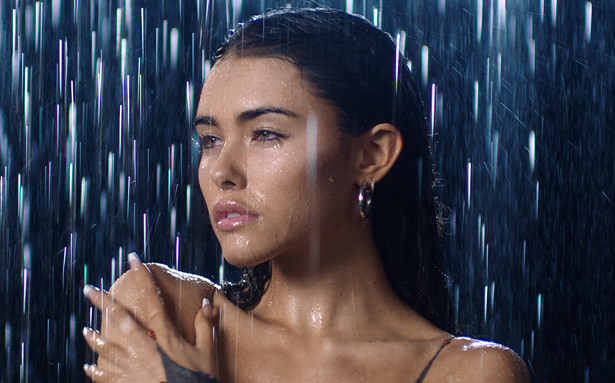 Madison Beer took to Twitter today to vent her frustration with label Epic Records, accusing them of doing nothing to promote her or her music.

"I hate my label so much," Beer wrote in a now deleted tweet. "They do literally nothing to support or promote me or anything."

The 22 year old also claimed that she footed most of the bill for her "Reckless" music video, which premiered in late June, because Epic "didn't believe in it at all."

Beer's debut album, Life Support, peaked at number 65 on the Billboard 200 in February, after originally being slated for release in early 2019. She is scheduled to embark on the first leg of the Life Support Tour in October.

the #dontlookup teaser for anyone that missed (sorry for the quality) pic.twitter.com/gSaYCmaUeK

The story of two low-level astronomers, who must go on a giant media tour to warn mankind of an approaching comet that will destroy planet earth.

Hot girl summer bummer 2021 might not be a bust after all! Lizzo announced on her social media that her new song, "Rumors," will drop on August 13th. It will be her first new song since "Truth Hurts," "Good As Hell," and "Juice" became surprise hits in 2019.

Open to: All, detailed results viewable to: All. Participants: 82

You are what you eat. Feast on the new trailer for #Venom: Let There Be Carnage, exclusively in movie theaters this fall.

Another 10-task challenge. You obviously don’t need to do all 10 tasks, choose as many as you want, but I figured it gives you some variety and allows you to pick and choose movies that fit your taste but also maybe lead you to watch something you wouldn’t normally seek out. For each task, you can pick whatever movie fits within the guidelines, I've added links to help you out. I tried to add tasks that would allow you to get movies on Netflix, Amazon Prime, and/or Hulu – but there’s also Kanopy and Hoopla (both of which you can get free access through your library or university). Have a different movie for each task – that is, don’t have the same movie for task 2 and task 6.

ONTD, what do you plan on watching this month? What did you watch during the month of July?

-Peter (63) does not follow Colton (29) but Colton follows Peter but it still begs to question why Peter would not only post a picture of Colton but hashtag it with grateful?

-They both follow Fran who possibly set the two up?

Peters account is private so no official sourcing is available

my new song 𝐆𝐨𝐨𝐝 𝐎𝐧𝐞𝐬 arrives on September 2nd. get ready to surrender 🩸 pre save now. happy birthday to me 🖤⚰️🥀 https://t.co/vWV9CrELr5 pic.twitter.com/ItGTEcVw5d

Sources: 1 and me
edit: sorry mods if i posted this twice or thrice, i kept getting an error page :(
as a lover of cheesy pop im cautiously optimistic. i, too, am creatively interested in charli selling out whatever that means. are you, ONTD?

#CookingWithParis is a disaster — an utterly unappealing sit that many viewers will tune out before the first episode has ended.

The first review for Paris Hilton's cooking reality series on Netflix is in, and it's scathing.

Variety calls the program "a disaster" that is "utterly unappealing".

The paper references how in an episode with rapper Saweetie, the 40-year-old heiress "mispronounces the names of Mexican food items past the point of amusement", relies heavily on her staff to grant her commands, and is unwilling to actually learn anything; "Who is going to root for a person, who quite literally makes a show of her lack of interest in reaching beyond the protection of wealth?"

This week, it's The Bachelorette's PAs time to shine as they are given a $50 Michaels gift card to turn the Hyatt grounds into 3 different cities for Hometowns.

Matt Damon has released the following statement after an interview dropped yesterday where he casually mentioned he stopped saying "fa**ot" a few months ago after his daughter told him it was hateful.

“During a recent interview, I recalled a discussion I had with my daughter where I attempted to contextualize for her the progress that has been made – though by no means completed – since I was growing up in Boston and, as a child, heard the word ‘f*g’ used on the street before I knew what it even referred to,” Damon said in a statement to Variety. “I explained that that word was used constantly and casually and was even a line of dialogue in a movie of mine as recently as 2003; she in turn expressed incredulity that there could ever have been a time where that word was used unthinkingly. To my admiration and pride, she was extremely articulate about the extent to which that word would have been painful to someone in the LGBTQ+ community regardless of how culturally normalized it was. I not only agreed with her but thrilled at her passion, values and desire for social justice.

“I have never called anyone ‘f****t’ in my personal life and this conversation with my daughter was not a personal awakening. I do not use slurs of any kind,” Damon continued. “I have learned that eradicating prejudice requires active movement toward justice rather than finding passive comfort in imagining myself ‘one of the good guys’. And given that open hostility against the LGBTQ+ community is still not uncommon, I understand why my statement led many to assume the worst. To be as clear as I can be, I stand with the LGBTQ+ community.”

Welcome to primetime with a shocking amount of live events! Coverage will begin on NBC at 8pm EDT, and the live events run from approx 9am-10pm JST, 1am-2pm BST, 8pm-9am EDT, and 5pm-6am PDT.

We'd list out all the stars you'll see in primetime at the #TokyoOlympics on Monday, but we only have 280 characters.

Instead, learn all about it in the @comcast Primetime Rundown. pic.twitter.com/BHkjVcAK0D

Horrible echoes of when Caster Semenya first emerged onto the world stage.

Namibian 18-year-olds Christine Mboma and Beatrice Masilingi are in the 200m final, but aren't allowed to contest their favoured 400m.

Not your typical Monday for @SifanHassan:

“Getting messages from young people saying they’ve never seen a trans person in sports before. Athletics is the most exciting part of my life ... If I can allow kids to play the sports they love, that’s my legacy and that’s what I’m here for” - @TheQuinny5 told @Devin_Heroux

This is what it means to win Olympic gold for #INA! 🎉 pic.twitter.com/cZxhjgFV6U

farewell to artistic gymnastics, but super excited for the debut of sport climbing (in the middle of the night)!

National Enquirer decided it was a good idea to do a "50 best and worst bikini bodies" spread.
Plus-size model Tess Holliday was one of the featured worst bikini bodies and obviously had a reaction.
She says the media always acts shocked when celebs suffer mental health breakdowns but they continue to perpetuate unrealistic body standards & push toxic diet culture on us all.

Some of the "worst" bodies are Katie Holmes wrinkly tummy (!!), Goldie Hawn (75 years old), Jennifer Aniston looks like she "downed to many burritos" and Kate Hudson who could use some tightening up.

Lorde is a two-time Grammy Award–winning singer-songwriter, and she's back with her much-anticipated third studio album, Solar Power. The latest single, "Stoned at the Nail Salon," is out now, and there's a multi-continent tour set to begin next year. But how is she with spicy food? Find out as the New Zealand pop powerhouse takes on the wings of death and discusses the sound of cicadas, the art of songwriting, and the keys to a perfect onion ring.

Um Jesse has a tag? Also I didn't know he could sing sing
Collapse