She's back! With more Hot Musk Content! To wrap up the trilogy of Musk Posts, we are going to be taking a look back at all the ladies Musk has loved and lost before/throughout his career in the public eye - Including how they looked pre-Musk, post-Musk and what they have to say about Musk now, if anything.

Elon Musk, noted idiot, is a serial monogamist. He once told Rolling Stone “If I’m not in love, if I’m not with a long-term companion, I cannot be happy.” You will see in a time line of his relationships, his jumps from one long term partner to the next. There's a lot to be said about this but I'm no therapist!

To start our journey, we will first take a look at the legendary Justine Musk. 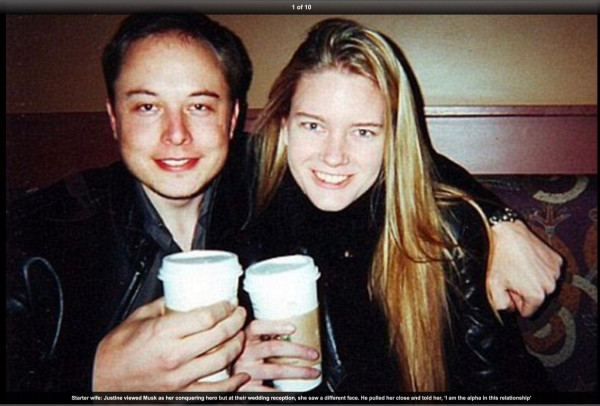 Britney Spears is taking #FreeBritney to a new level.

The popstar left little to the imagination when uploading two racy photos to her Instagram account in nothing but her daisy dukes.

A kissy faced Shawn Mendes welcomes you in.
( Collapse )

As you all know the Jonas Brothers are not just world class musicians they are also athletes. As they train for Paris 2024 NBC was nice enough to give them some practice with real Olympians.

So what do you say ONTD, do the JoBros have a shot at taking home the gold?

In a twist fitting for an M. Night Shyamalan thriller, #Old is the No. 1 movie at the domestic box office with $16.5 million in ticket sales https://t.co/Y7tBttkjRI pic.twitter.com/aIa2lxlxZR

Snake Eyes: G.I. Joes Origins in 2nd with a disappointing $13.3 million. The $88 million film was trashed by critics and audiences only liked it slightly more than Old, with a B- Cinemascore. Poor Henry.

Next weekend ends the month of July with the film ONTD has been waiting for: THE GREEN KNIGHT. Jungle Cruise also hits theaters and Disney+, along with Matt Damon's Stillwater.

We finally reached the final part in our discovery of tormentoni, and this time we will focus on the maschi.

But before I start, I just want to repeat a point I made in the first post. I’m planning on doing more posts about italian music, focusing on various genres so there will be some names that will not be under the spotlight in this post, although you might think they deserved it. But links to their songs will still be linked at the end under the highlights. So, let's start!

Jennifer Lopez and Ben Affleck appear to be feeling nostalgic during their romantic getaway to Saint Tropez for her 52nd birthday.

The couple — who have been vacationing in their $130M dollar mega yacht anchored near the French village — gave fans a blast from the past as they recreated that famous scene from her 2002 music video Jenny From the Block.

Jennifer Lopez lip-singing, “Jenny From The Block” while she is with Ben Affleck. Dying😭😭😭. #Bennifer pic.twitter.com/IndeaXZNaf

It's been eighteen years since Dawson's Creek dried up, let's see how the cast has done since then, we don't want to wait until our lives are over.

Honorable Mention-Bianca Lawson-Honestly I didn't even remember her on this show and she was only in four episodes, but when I was looking at the imbd cast credits for Dawson's Creek I was like I bet if I scroll down far enough I'll find her, and sure enough. Her deal with the devil to act as a teenager across three decades was going strong when this show aired. Ageless queen!

12.Meredith Monroe-Starring in 69 episodes of Dawson's Creek as Andie Mcphee, Meredith failed to make a real impression on the industry. She is still a working actress, with some movie and television credits including the netflix hit 13 Reasons Why.

11.Kerr Smith-Currently acting on Riverdale, Kerr is one of the few main actors from this show who failed to gain any real name recognization.

10.Oliver Hudson-Forever over shadowed by his younger sister, he now has a podcast.

9.Michael Pitt-Once one of the hottest up and coming actors in Hollywood, Michael Pitt has all but been forgotten in the industry. Rumours of him being difficult on set may have caused the stall in his career.

8.Chad Michael Murray-Chad has lots of name recognization but hasn't done much of note since his high school character days. He also acts in Riverdale sometimes.

7.Busy Phillips-Busy's profile has been elevated by her continued friendship with Michelle Williams, often attending award shows as her date. Busy has admited that she makes more money from instagram some years than she does from acting. She also had a short lived talk show recently, but I don't blame her for that. Talk shows notoriously fail more than they succeed.
( Collapse )

Open to: All, detailed results viewable to: All. Participants: 260

In the new CHUCKY television series, an idyllic American town is thrown into chaos after a vintage ‘Good Guy’ doll turns up at a suburban yard sale. Soon, everyone must grapple with a series of horrifying murders that begin to expose the town’s deep hypocrisies and hidden secrets. Meanwhile, friends and foes from Chucky’s past creep back into his world and threaten to expose the truth behind his mysterious origins as a seemingly ordinary child who somehow became this notorious monster.

The series premieres October 12th on SyFy and USA.

The star power in primetime tonight on NBC is MASSIVE. 🤩


Yuto Horigome won the first ever Olympic Gold medal for skateboarding on Sunday, and he won it in a city where skateboarding is still frowned upon and considered a renegade hobby. https://t.co/ZUut3D6h8x

feeling like the x games with skateboarding and mountain biking tonight. hopefully the tanpipe was appeased yesterday and the women can get through relatively unscathed

Thanks for the questions. Answers...
1) Back half of the season. Think we were "breaking" (figuring out story) for 314 or 315 (out of 318).
2) More to come about what S4 will look like in the next month and a half. Not being cryptic, just not getting ahead of proper channels...

-This past Friday saw Madeleine Mantocks departure from Charmed, where she was co-lead with Sarah Jeffrey and Melonie Diaz.

-There has been plenty speculation as to why she left, when she announced she was leaving, etc...

-The showrunner has recently revealed when they found out she was leaving the show while answering a fan question.

-While the season was shortened due to COVID (18 total episodes), many question why they didn't deviate from their initial plans to shift towards writing off the character of Macy Vaughn.

-One such storyline involved her love interest, Harry, TCOs Whitelighter deciding that he wanted to become mortal in order to grow old with Macy. They continued through with the multi-episode arc only to have Harry become a Whitelighter again in 3x18 to try and fail to save Macy.

-They also spent 3x17 wrapping up and seeing the departure of Half witch/half demon/Overlord of all demons, Abigail from the series.

-The Whispering Evil, the "big bad" blob that was also introduced in 3x14 only to be destroyed by Macy in the first 5 minutes of the season finale by attempting to take over Macy as a host.

-The show plans on introducing a new sister for the 4th season.

-Megan the Stallion stunned in a custom made Natalia Fedner sheer dress for the Sports Illustrated event.

- Juandering Eye Juan is being terrible. Like go help your kids, like I'm sure he ain't working.
- 👴🏿 is being a good Instagram Granboyfriend. We learn about them wigs hunny!
- Nosy Messy Paupers Gizelle and Ashley meet to recount Karen's party last week about Mathematician Mia
- Oh Embezzled Hats is legit, we're at the warehouse. Like that's a lot - are y'all buying them hats?
- Professor Chaos is still on them candles. Sorry she's Dr. Zen Wen
- Peanut Butter Pageant Foundation Candiace gives me 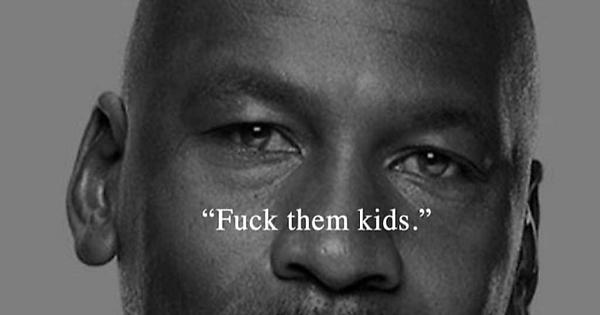 energy.
- Mother Dearest is not cool with Ofcandiace (Tinted Testicle) managing Candiace.
- Kween Kurn Kwestions the Kompany of Kandles. Just let Wendy be a bidness women.
- Mia gives details about her strained relationship with her mother. Ya know, OP likes Mia and Gordon.
- Frenemies Kurn and Candiace meet up over tea and Whole Foods deli sandwiches in the hopes to settle their differences of last season's fight. They don't
- the ladies play Guess That Preggers Belly!
- Was Mia the Malleable on the pole?
- Where the fuck is Zen Wen? I think she still may be in quarantine.

Grimes and Azealia Banks had a bizarre fight in 2019 (here) for those who don't remember.

Yesterday, at a Discord chat, Grimes revealed that her new song "100% tragedy" "is about having to defeat azealia banks when she tried to destroy my life,"

"So you go make a bootleg @inna song about it. Yikes," she wrote. "Grimes def has some psychosexual obsession with me. i think it's bitterness cuz she doesn't have the musical capacity i have. everything she does is out of pretentiousness and it comes out like that … while everything i do is out of natural swag & geniusness lmaoo. Starting to notice all the weird undercover millennial racists hide out on discord."

On Sunday, Azalie also posted this and later deleted it:

"really thought I did you a favor by not responding to that subpoena....., i just May happen to have all those extra texts/screenshots/evidence Laying around somewhere............."

Grimes also revealed during the chat that her new album will be a space opera about artificial intelligences that fall into a lesbian romance.