Honestly the dragging is only happening on Reddit and a couple of small online publications nevertheless I'm flabbergasted and had to post on ONTD.

Unprompted and not asked my anyone, last year (September) Katie posted about Marie Kondo's 'spark joy' philosophy on tiktok and Instagram applying it to relationships with ex-boyfriends. In the video linked below she says "does it spark joy' is a phrase coined by a woman whose name she is not going to say because she is going to fuck it up.

A couple of people took Katie to task in the comments section and here are the conversations.

Posting this from my phone so please excuse any autocorrect errors.

Ben Affleck and Jennifer Lopez just made their Instagram debut, though it wasn't on either of their accounts https://t.co/HMdlndwUXg

Ben Affleck and Jennifer Lopez have gone Instagram official on JLo bestie Leah Remini's Instagram. The couple were a part of a pic montage Leah posted of her 51st birthday party, which was held July 15th.

Leah said in the caption in part, "I consider myself to have the best support system here on social media. Also, I can’t thank my family & friends enough for coming, for celebrating with me in a way that was very special to me. It’s been an interesting year, so this birthday meant a lot for many reasons. I love you family, I love you friends that have become family."

@MNightShyamalan #old #blindingedgepictures @UniversalPics #fanfamily What a waste of money and an utter Shite movie. We get the metaphors but we still got a refund! We were so disappointed. Don’t waste your time or money going to see it. #shite Jb @scottmale pic.twitter.com/iSEELvawD0

John Barrowman took to Twitter Friday night to warn his followers off the new M. Night Shyamalan flick Old, and also bragged about getting his money back while @ing the director.

"An endurance we’ll never get back, two hours of our life...it was shite, don’t bother going to go see it,"

In related news, Old is set to debut at #1 at the US box office.

Barry Diller Headed 2 Hollywood Studios. He Now Says The Movie Business Is Dead. In an exclusive interview with NPR, the IAC chairman laments the state of the movie industry, saying the rise in streaming has upended both the business model and the quality https://t.co/ioG3KCd632


-Barry Diller was CEO of Paramount Pictures and 20th Century Fox. He was behind “Grease”, “Raiders of the Lost Ark”, and “The Simpsons” tv show.
-He says streaming services don’t care about quality or making movies that please audiences.
-He says: "These streaming services have been making something that they call 'movies,' They ain't movies. They are some weird algorithmic process that has created things that last 100 minutes or so."
-He also says the business model to create hype before a movie comes out is over.
source

Caption reads: So, I did a thing 🤗 The movies always show women cutting their hair when all is lost but I wanted to know the feeling of making a change when things are gravy. It hits different and its foreign to me but I ❤❤❤ this new new. #SummerChop #FlawlessChop #FlawlessCut

Have you gotten a new cut lately, ONTD? 💇

Synopsis: Sam (KAREN GILLAN) was only 12 years old when her mother Scarlet (LENA HEADEY), an elite assassin, was forced to abandon her. Sam was raised by The Firm, the ruthless crime syndicate her mother worked for. Now, 15 years later, Sam has followed in her mother’s footsteps and grown into a fierce hit-woman. She uses her “talents” to clean up The Firm’s most dangerous messes. She’s as efficient as she is loyal. But when a high-risk job goes wrong, Sam must choose between serving The Firm and protecting the life of an innocent 8-year-old girl - Emily (CHLOE COLEMAN). With a target on her back, Sam has only one chance to survive: Reunite with her mother and her lethal associates, The Librarians (MICHELLE YEOH, ANGELA BASSETT and CARLA GUGINO). These three generations of women must now learn to trust each other, stand up to The Firm and their army of henchmen, and raise hell against those who could take everything from them.

Join me, won't you? We will begin our watch party at 9:00 PM ET (usually around 9:05 to let people get settled in). We have fun and chat and using the Chrome extension Teleparty (the artist formerly known as Netflix party). Unfortunately, the extension only works on desktop or laptop computers and not mobile devices. Here's a video on how to install Teleparty.

-Masters of the Universe, the new He-Man animated series has been certified fresh with a good ol' 94%

-However if you look at the audience score...it is the exact opposite with the show sitting at a rotten 34%

-Where is the disconnect? Spoilers under the cut

welcome to the olympics, skateboarding! and who's ready for some swimming medals??

The Walking Dead returns August 22 on AMC. Stream it August 15 on AMC+.

The girls recreate (a bit of) the Bridesmaids movie. Leigh-Anne and Perrie sit out on the bachelorette party by being very pregnant in the hotel room while Jade and Anne-Marie (? idk either) have a mild night out.

meh song but bow to the work ethic. Their third music video/ single since 2/3 of the band got pregnant and they lost a least productive member

Anna Faris (accidentally) announced on her podcast Anna Faris is Unqualified that she and her fiance, cinematographer Michael Barrett are married. After accidentally referring to him as her husband earlier in the podcast episode, she clarified.

"Yes, we eloped... I'm sorry. I didn't know. I'm sorry, honey. I just blurted that out, but it just feels (like) I can't say fiancé anymore .It was awesome. It was great. It was at a local courthouse up in Washington state. It was great."

The couple met on the set of her movie Overboard in 2017, soon after her separation from Chris Pratt, whom she was married from 2009. 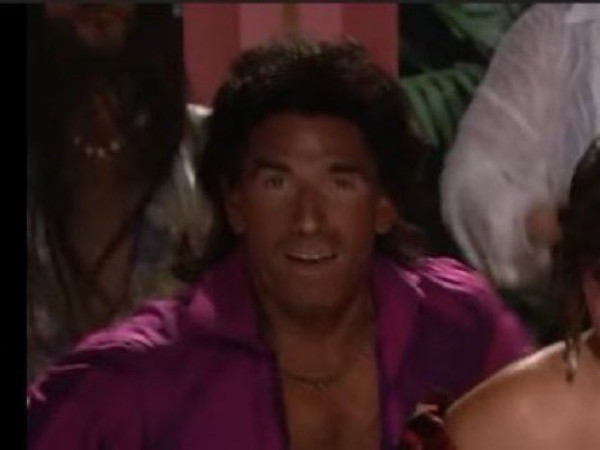 Karla performed on The Tonight Show Starring Jimmy Fallon the other day and - oopsie daisy - one of her dancers, Dylan Pearce, was sporting a very suspicious tan.

The dancer with his natural skin color...

ONTD, have you ever relapsed back into being a racist racially insensitive for attention, because you know nothing is going to happen to you?

You want to get well? Surrender yourself to Masha. Nicole Kidman and Melissa McCarthy star in this drama miniseries premiering August 18, 2021 only on Hulu.

- In 'consequences of the Multiverse' news. Vincent D'onofrio, who played Kingpin in Netflix's 'Daredevil' will reprise his role in the upcoming Hawkeye series. Which makes sense since the show features Echo.
- Vincent D'onofrio even liked a tweet about his casting. [See for yourself.]

Vincent D’Onofrio likes a tweet reporting that he will reprise the role of Kingpin in the upcoming #Hawkeye Disney+ show. pic.twitter.com/UkGPLwcuon


- For those of you keeping track, many actors from other non-MCU-but-Marvel-related properties are reportedly reprising their roles in the MCU (due to the Multiverse branching out in the Loki series finale). Charlie Cox (Daredevil), Andrew Garfield (Spiderman), Tobey Maguire (Spiderman), Jamie Foxx (Elektro), Alfred Molina (Doc Ock), Willem Dafoe (Green Goblin) Emma Stone (Gwen Stacy), Kirsten Dunst (Mary Jane) and JK Simmons (J.Jonah Jameson) are set to appear in 'Spiderman No Way Home'. Kristen Ritter (Jessica Jones) is set to appear in 'She Hulk'. Gabriel Luna (Ghost Rider) and Chris Evans (Human Torch) are set to appear in 'Doctor Strange in the Multiverse of Madness'.

ONTD, which Marvel actor do you wanna see reprise their old role in the MCU?
I wanna see og Howard the Duck or Eric Bana as the Hulk.
Collapse