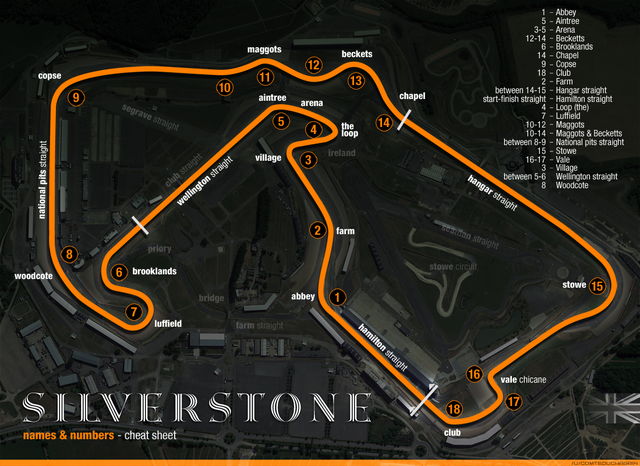 The Hamilton Commission Puts a Spotlight on Motorsport Inequality

You can read the full report here. But Hamilton along with forming the commission has pushed for there to be more presence in STEM fields for racial and ethnic minorities, highlighting issues that Black people in motorsport and who want to be in motorsport have faced. Trust me, if you're like OP and have worked in an overwhelmingly white field, lots of these findings well - aren't surprising. 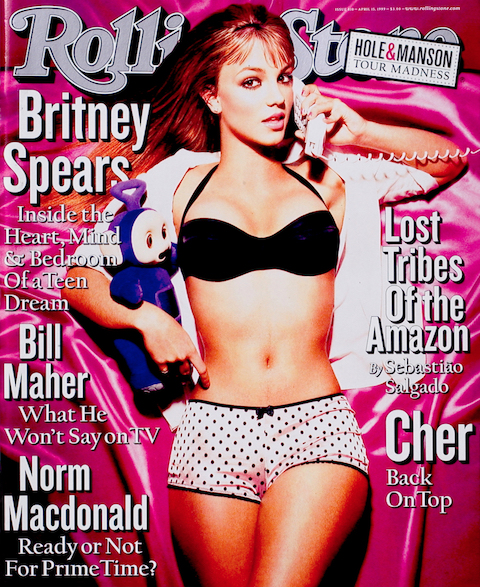 With all the attention that Britney Spears's conservatorship hearing has been getting, I thought we should revisit her most infamous interview and photoshoot: Rolling Stone, April 1999. You really can't talk about Britney's career without mentioning this notorious cover story. 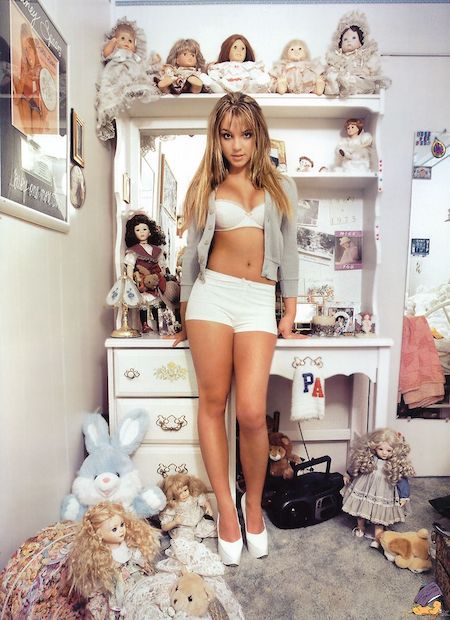 It's a good time for reflection on this, since Britney is now nearly 40 and fighting for her freedom and the newest pop it-girl, 18-year-old Olivia Rodrigo, is posing in sexy schoolgirl skirts and thigh-highs reminiscent of Britney's first era.

Open to: All, detailed results viewable to: All. Participants: 288

Which Britney song/s most accurately describe her situation?

Mods, the original article is very long, so this is just an excerpt

A freshly shaven Nick Jonas welcomes you into this week's post.

In an unexpected twist ending, Space Jam: A New Legacy debuted at the top of the box office this weekend, taking in $31.6 million. The critically trashed film received an A- cinemascore.

Black Widow took a 68% dive to 2nd place with $26.3 million. Domestically the film sits at $131 million. Disney did not release second-week D+ grosses.

Escape Room: Tournament of Champions debuted in 3rd with $8.4 million, followed by F9 with $7.6 million, and The Boss Baby: Family Business with $4.7 million. 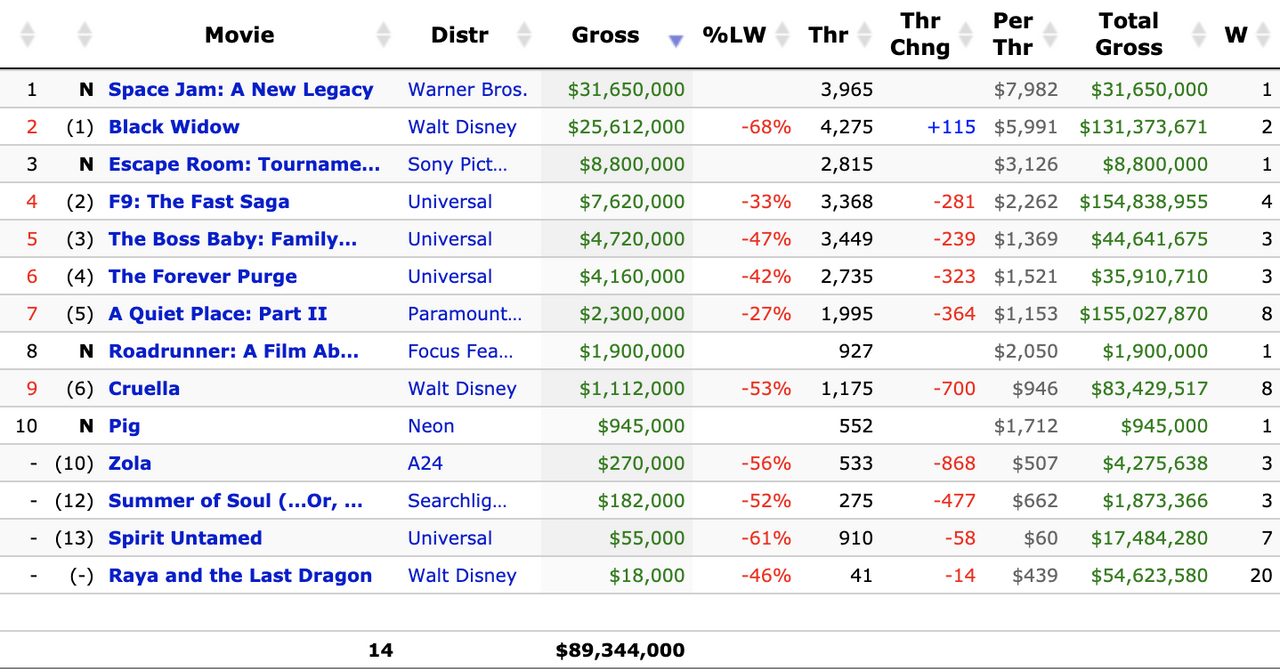 • To celebrate the new season of Never Have I Ever, Entertainment Weekly did a short interview with Maitreyi and gave her the cover of the show.

• Maitreyi talks about how Devi's slight maturation in season 2. "This season, when she messes up, you can tell she actually understands that there are consequences to her actions. She's still messing up, but she's maturing and she does want to do the right thing and she doesn't want to hurt people."

• She also talks about what it was like to have the show blow up last year in the midst of quarantine, and how she still lives at home in her childhood bedroom even after the massive success of the show.

What might appear to not be a crazy headline is actually very huge deal when talking about Britney Spears.

The pop star was spotted behind the wheel for the first time in a long time around Los Angeles with her boyfriend.


Her boyfriend Sam Asghari also shared a video of Britney singing Lonely from her Britney album that she actually co-wrote while driving.

Omg Britney Spears singing lonely from her Britney album in her car!!

The South African Olympic committee confirmed the three COVID-19 cases in its football delegation at the village — two players and a video analyst. All three were now in isolation at the Tokyo 2020 isolation facility. The players were defender Thabiso Monyane and midfielder Kamohelo Mahlatsi.

South Africa is due to play Japan in its first game of the men’s football competition on Thursday at Tokyo Stadium.

Du Meizhu updates again, claiming to have enough evidence to put #WuYifan behind bars for at least ten years, and gives him 24 hours to hold a press conference announcing his withdrawal from the industry, apologise to all he previously worked with and leave China.#KrisWu https://t.co/RP6IDBe7gN pic.twitter.com/u7DTaZdTL0

Following on from the two previous posts, here and here, the young woman who's come forward with allegations of Kris Wu preying on young/underage girls, and then attempting to buy her silence has revealed even more allegations.

Buonasera ONTD, I’m here once again to present you some more songs that wrote the history of italian summers, this week we will focus on the ladies.
Now, I have to admit that writing this post has been a bit of a struggle because Italy has a lot of great female singers, but I found it hard to find songs that were actually tormentoni, hence I want to thank

nutella_forever right away for her help in the highlights.
Bando alle ciance, let’s start yes?

It's been roughly seventeen years since Mean Girls first graced the big screen becoming an instant millennial classic that is still quoted today. So stop trying to make "fetch" happen.

The cast of Mean Girls has had lots of success and you'll still find most of them working today. Below we rank the careers of the cast after the movie came out.

9.Lindsay Lohan-While she still has name recognization, Lindsay's career remains a mess. I used to have a soft spot for her but Lindsay trying to steal children off the street on instagram live killed that.

8.Jonathan Bennet-This cutie who played Aaron Samuels is one of those actors who sometimes acts and sometimes teaches soul cycle classes. But he is an out gay actor and I'm proud of him for that. He acts in movies like Sharknado sequels and the Hilary Duff Sharon Tate movie. He and his man were recently on the the cover The Knot, I thought it was so refreshing to see a gay couple on the cover of a wedding magazine! He was also in a Hallmark holiday movie where he was part of a gay couple. Love that for him!

7.Lacey Chabert-The least well known of the plastics, Lizzy has carved out a spot in the lucrative Hallmark/Liftime original movie industry. In 2017 she starred in THREE Hallmark movies.

6.Tim Meadows/Ana Gasteyer/Neil Flynn-You probably don't hear these names very often but checking at their IMBD's. they are all staying booked and busy, good for them.
( Collapse )
- -
What do you think, ONTD? Fave Mean Girls quote? 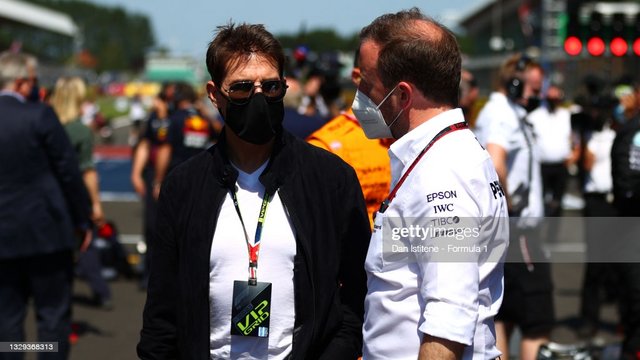 Tom Cruise appeared at yet another sporting event in the UK. This time he was at the F1 Grand Prix at Silverstone.

Wow! Never expected this and so grateful. A HUGE thank you to @DaytimeEmmys @netflix and our small but powerful crew, #downtoearth who made this show what it is. And most of all, thank all of you for watching and enjoying D2E. This is for you. ❤️ pic.twitter.com/PFeMFecSlu

Zac Efron, 33, just won his first Emmy at the 2021 Daytime Emmy® Awards tonight (Sunday, July 18). Zefron won the award for Daytime Program Host for his Netflix series ‘Down to Earth with Zac Efron.’

Who needs to win for acting anyways?

Since it was founded in 2008, Shein has grown to be a $15 billion company, generating an estimated $10 billion in revenue annually. The Chinese fast-fashion giant reportedly adds 2,000 new styles a day. From its dirt-cheap prices to its collaborations with TikTok stars like Addison Rae, here are all the sneaky ways Shein gets you to spend money.

I hope it's okay that I put Mina Le's video in this post because she talks about how tiktok hauls and outfit ideas videos leads to overconsumption and how most people in order to be able to make those tiktok videos buys from fast fashion stores like Shein which is bad for the environment but also steals from small designer.

Do you shop at Shein (or similar fast fashion stores?)?? how often do you buy new clothes??

- another supersized episode!
- Blu Cantrell and Kween Kurn continue their light-skint fight. Hot boxes, Sing Sing, fake ass weddings. Kurn, come on that comment from Old Man Rayver about Blu Cantrell 1's looks was peak rudity.
- Professor Chaos (Dr. Wendy) got a BBL, no word about a clito-plasty
- We see Mia the Malleable and her old ass husband's home life
- "Who runs the world?" "Bad guys!" Kids are intuitive.
- Pageant Peanut Butter Foundation is trying to build ha an empire - she's singing, she's acting, and she's going to school. Tinted Testicle (Ofcandiace) has put down the buerre blanc and making quesadillas in the back and is now trying to manager her career
- This scene with the Nosy Sugar Baby and her Machinator Momma is just ... the bar for men is just so low it might be in the Earth's crust
- Blu Cantrell 2 comes over to see Blu Cantrell 1's ugly home. The latter finally admits Patron Saint of Illegitimate Children Pastor Jamal Harrison Bryant lives in the phone
- 👴🏿 + 👩🏼 make the bed and reflect on the Drunken Diatribe from the Titty Dinner
- Could you imagine working so hard and making sacrifices for your kid to tell you she wants to build a candle empire?
- Nosy Sugar Baby gives me signed up to the Goop. newsletter vibes
- Gizelle's dorters were absolutely cooking her.
- We have the Ferrero Rocher party in Kurn's rented living room and Mia thinks she'll "mish", not sure if they will mesh though. Professor Chaos and Mia the Malleable get into (see above).
- Married Couple trivia. Who's the most compatible? Not Ray remembering Katie ashjhfjjshkuhsdaudhiuh
- I AM SO GLAD MICHAEL DARBY IS NOT HERE RIGHT NOW!!!!!!!
- she may have just been a bartender, y'all 🙄 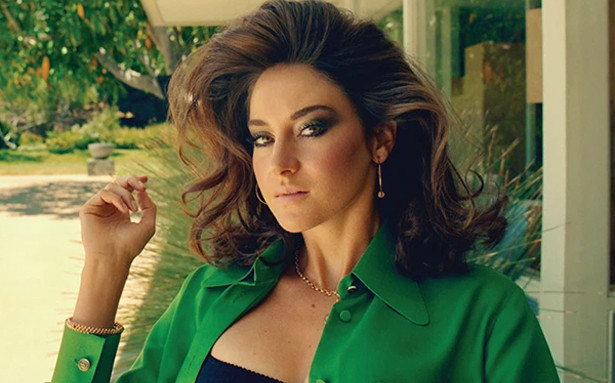 Shailene Woodley covers the latest issue of The Hollywood Reporter, in a series of retro-styled photos by Sasha Samsonova. In the accompanying interview, she discusses battling a "physically dominating" illness, her relationship with Green Bay Packer Aaron Rogers and The Last Letter from Your Lover, her new film premiering on Netflix July 23.