-Alanis Morissette, Will.i am, Grimes, and Nick Lachey will be the judges on the new singing competition "Alter Egos" where contestants perform as animated avatars, using motion capture. Former "106 & Park" host Rocsi Diaz will host. "Altar Egos" will air after "The Masked Singer" this fall on Fox.


The Trailer for "Alter Egos" 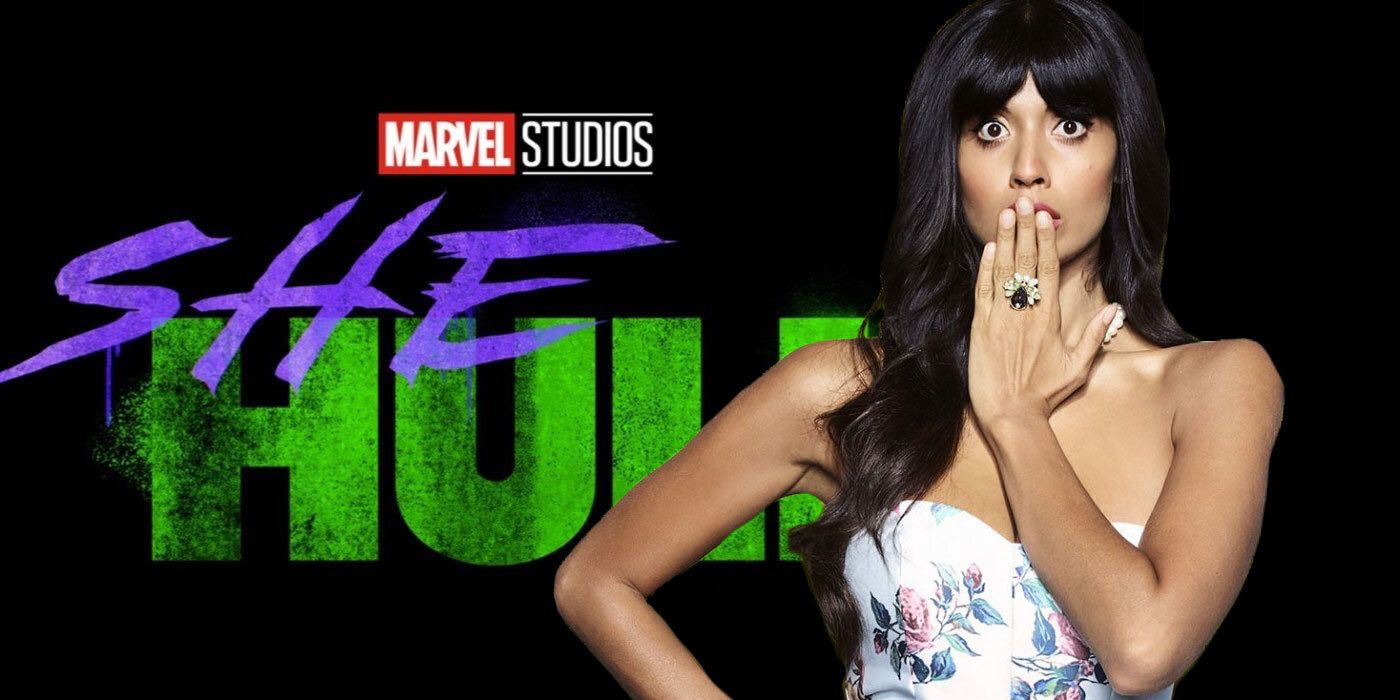 - Jameela Jamil has made it IG official... she's joining the MCU.
- She shared some BTS of her training for She Hulk...set to Eye of the Tiger (Who is she? Jensen Ackles?)
- She's rumoured to play Titania, the show's villain.
- 'She Hulk' is set to air next year on Disney+ with Tatiana Maslany playing Jennifer Walters, Tim Roth reprising his role as The Abomination, Mark Ruffalo reprising his role as The Hulk, Krysten Ritter reprising her role as Jessica Jones and Megan Thee Stallion playing herself.

ONTD, are you ready for the next wave of celebrity children whose births we likely posted about on here?

#WuYifan, Du Meizhu trends again, this time she revealed that #KrisWu's side approached her to get her to retract her statement and settle the matter out of court, providing screen recordings and proof of transaction in her posts, summary below. https://t.co/7beUCGSdpf pic.twitter.com/tX8eMHT3Pd

Follow up to this post. Few weeks back, Du Meizhu, who had been in relationship rumors with #KrisWu, alleges the star cheated & that he targeted underage girls.
Now, she has come back, and released a screen recording of her negotiating with Kris Wu's staff, for monetary compensation, to remove her posts. Du Meizhu asked for 8 million yuan ($1.2 million), but they settled at 2 million yuan ($300,000), provided she deleted her posts and said her information was unverified.


I wonder about the legality of the whole thing, and Kris Wu for sure, has big guns on his side, but rooting for her
Source
Source

Britney Spears has a message to those who criticize her dancing videos that she uploads on her Instagram account.

It appears that since her last court hearing the pop star has gained more control of her social media and is lashing out on haters and her own family.


In her post she reveals that she would BEG to add new songs to her setlist for the fans but they would only allow remixes of her hits.

She then goes in for the kill and directly calls out her sister Jamie Lynn Spears for performing a medley of HER songs at an award show.

The director of Scream 5 tweeted to let everyone know the film is complete! It's slated to come out January 14, 2022.

SCREAM (2022) is complete! We’re so excited for you all to see it soon. #ForWes pic.twitter.com/XsBYCCrtlr

As promotion of his new song, sobrio, the Colombian singer is using Instagram to show his physique, under an outdoors showers, trying to make the sobrio challenge happen.

The challenge consists in just dancing to the song, or something.

Is your body summer ready, ONTD?

Space Jam: A New Legacy is doing better than expected with a domestic debut of 32 million from 3956 theaters

Space Jam 2 could score the biggest opening for a family title in the pandemic-era despite poor reviews, growing concerns over the Delta variant and new mask mandates in L.A. County.

Black Widow is facing a huge drop in its second weekend of 65 -70 %. The Marvel movie will still come in No. 2, followed by Sony’s Escape Room: Champion of Tournaments. The sequel opened to $3.8 million on Friday for projected $8.7 million weekend.

Paramount+ has given a series order to 'Grease: Rise of the Pink Ladies,' a prequel to the beloved musical. The prequel will reveal the upbringing of the Pink Ladies 4 years before 'Grease'https://t.co/kFnKwAFEQo

-P+ has given a series order to Rise of the Pink Ladies, a prequel series to the original Grease movie that will take place 4 years prior and focus on....you guessed it: The Pink ladies!

-HBO Max originally gave the series a series order under the title 'Grease: Rydell High' but the order was cancelled once HBO Max came under new management.

-Annabel Oakes (Atypical, Awkward.) will be the showrunner

Leaked script details have been given to Page 6, giving a glimpse of what is going on with Carrie and her toxic relationship with Mr Big.

[Spoiler (click to open)]Carrie — now in her 50s and the host of a podcast — and Mr. Big appear to be over and fighting over finances

Carrie complains to Charlotte, Miranda and Stanford: "I was taping the podcast, I was washing my hair. Yes, I wasn’t eating or sleeping, but at least I felt good about my marriage. Now I’m just one of the wives he was taking care of?"

Sarah Jessica Parker, Cynthia Nixon and Kristin Davis spent the night filming scenes for #AndJustLikeThat and we have all the pics! Check it out:https://t.co/FzwQlioaAf

Sex and the City costume designer Patricia Field won't be returning for the revival. The ladies are being dressed by Field's protege Molly Rogers.

Turns out, not all famous people are really tall. https://t.co/EdErzd3bYK

-Being tall in Hollywood is often seen as a must, especially amongst males but these celebs prove that you can be a star and still not be the Hollywood standard.

-Here are 5 celebs who aren't as tall as one may think:

How tall are you ONTD?

Julia Docournau's follow-up to Raw -- Titane -- has won the Palme d'Or at the Cannes Film Festival. Julia is only the second woman in history to win the award. The body-horror thriller follows a serial killer impregnated by a car who disguises her gender by going incognito as a fireman's long-lost son. Critics raved about the film, calling it one of the wildest to ever screen at the festival.

Neon will distribute stateside, but no date has been announced. It has already been released in France.

Jury president Spike Lee did a goof and announced the film won at the beginning of the award ceremony, when it always comes last.

On Wednesday's episode of Real Housewives of Beverly Hills, they started covering the lawsuits against Erika and her husband and so Erika put her best acting skills to the test. The video I submitted before doesn't work in America so it was rejected but GMA did a story on it so enjoy

OP is a scaredy-cat, so let's do something kinda wholesome tonight. Thanks

peddlestools for finishing up the Fear Street Trilogy. For my next trick, I will be screening the Amy Poehler helmed Netflix film, Moxie!

Synopsis: "Fed up with the sexist and toxic status quo at her high school, a shy 16-year-old finds inspiration from her mother’s rebellious past and anonymously publishes a zine that sparks a school-wide, coming-of-rage revolution. Based on the novel by Jennifer Mathieu."

We will be starting the moving around 9:05 PM ET and we'll be using the Chrome extension Teleparty. Unfortunately, Teleparty can only be used on desktops and laptops to chat. Here's some instructions on how to install Teleparty.

As always, feel free to make some suggestions for our next watch party films. And at 9:00 PM ET, click HERE, for the pooooorty.

David Beckham got off his little bike to run over to a car to say hi to a one in a million academy award winning actor who some consider “the best.”

Who could it be?

"She doesn't even know that she's changed my entire life." https://t.co/YfSzuwZpyP


-A nice wholesome post for Saturday. Earlier last week Gigi Hadid managed to change someone's life and career by uploading a pic to her social media.

-It all started yesterday on a sunny Thursday morning, when 23-year-old Nanga Awasum was walking to her modeling job at Nike. Little did she know that Gigi was in paparazzi mode and snapped a pic of her to post in her Instagram story.


OP lives for these types of stories

camila cabello loves her body and that’s all that matters pic.twitter.com/XUIsgFkXCC

Camila Cabello takes to her Tik Tok to respond to body shamers. While she does not directly call them out by name, the video is clearly a response to the online hate her figure has been getting.

Says “we are real women with curves, and stretch marks, and cellulite. And we gotta own that.”

Adele, 33, is enjoying her best single life and sat courtside at Game 5 of the 2021 NBA Finals between the Milwaukee Bucks and the Phoenix Suns on Saturday night at the Footprint Center in Phoenix, Arizona. Adele sat next to sports agent Rich Paul, who is LeBron James’ agent.

Baby V (Vanessa Hudgens) performed the National Anthem or something.

The world: WHERES THE ALBUM ADELE??

Open to: All, detailed results viewable to: All. Participants: 133

Who Was Your Best Dressed?

gemma chan i am free on thursday pic.twitter.com/Hgx9lrbAbX

We all know Grimes. Whether it's for her adventures on the water or the incomprehensible name she bestowed upon her offspring, Grimes has become an ONTD staple for her bad decision making. What we all really know Grimes for, of course, is dating modern day union busting devil Elon Musk. Musk, according to his ex wife, is notoriously controlling about his partner's looks and has very high beauty standards (not for himself, obvs). So if you're like me, perhaps you've taken note that since the start of their romance, Grimes has begun to look... A little different.

Well, let's take a look at the face of Grimes, year by year(ish), Skin Care Edit style, starting with... 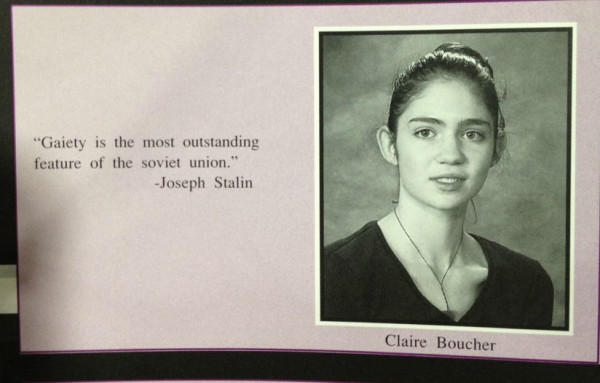