Following the release of worldwide hit Butter in may, BTS is back with another single: Permission to Dance. Stream it! Break records! Lets go for #1! Or not.

Joshua Jackson, Grace Gummer, and Christian Slater showed up to the premiere of their new show Dr Death yesterday. The premiere was held at NeueHouse in Los Angeles.

Based on the hit podcast, Dr. Death tells the terrifying true story of Dr. Christopher Duntsch (Jackson), a rising star in the Dallas medical community, whose patients emerged from routine surgeries that left them permanently maimed or dead.

Early reviews are also in-

All episodes of Dr Death premiere on Peacock July 15th.

The #ParadisePapers investigation exposed Shakira's use of tax havens in 2017 by showing that the Colombian pop star used the tiny island of Malta to transfer more than $30 million of music rights, according to ICIJ partner @elconfidencial. https://t.co/QUcKRxhWz0


In an ongoing battle with the Spanish government, Queen of Tax evasion and Fraud Shakira belts out OBJECTION to paying her taxes. The tax agency auditing Shakira claims she was concealing her wealth via a network of companies based in tax havens. Shaki claims that her time in spain was 'sporadic' but the Spanish government wasn't having none of that and used her her social media against her and by further investigation by the tax agency exposed Shakira in 2017 showing that the Colombian pop star used the tiny island of Malta to transfer more than $30 million of music rights.

"As The Guardian clickbait-titled their 2018 article: “Robyn transformed pop music”, and they aren't wrong. Everyone from Britney Spears to Taylor Swift, Charli XCX, Teagan and Sara, and Ariana Grande have taken bits and pieces from Robyn's sound, persona and work-ethic. All this plus, Robyn's “Dancing on My Own” is one of the most perfect pop singles of the twenty-tens. But who is Robyn? How did she get here? And how did a 30-something Euro-pop artist outdo the greatest faces and producers in modern pop?"

I'm sure most of us knew some of what's in this video already. But I know I had no idea that she was the prototype that made Britney and every other big pop girl of the 2000s, even possible. And this is a nice deep dive that explains not just about Robin's career but 2000s and 2010s pop in general. And how it became the dominant sound, replacing rock as the prime mover of youth culture, up to, in my opinion, this day. Enjoy!
Trigger warning: Max Martin is given prominent mentions due to his overwhelming presence in contemporary pop music. 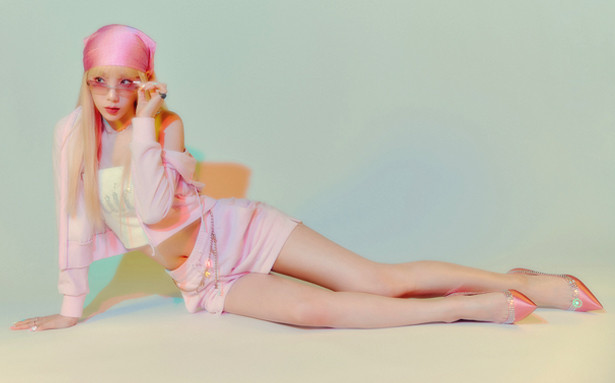 Plot: Inspired by a true story, Queenpins is an outrageous comedy about a bored and frustrated suburban homemaker, Connie (Kristen Bell) and her best pal JoJo (Kirby Howell-Baptiste), a vlogger with dreams, who turn a hobby into a multi-million dollar counterfeit coupon caper. After firing off a letter to the conglomerate behind a box of cereal gone stale, and receiving an apology along with dozens of freebies, the duo hatch an illegal coupon club scheme that scams millions from mega-corporations and delivers deals to legions of fellow coupon clippers. On the trail to total coupon dominance, a hapless Loss Prevention Officer (Paul Walter Hauser) from the local supermarket chain joins forces with a determined U.S. Postal Inspector (Vince Vaughn) in hot pursuit of these newly-minted “Queenpins” of pink collar crime.

In theaters September 10th, and coming soon to Paramount+

Christina Haack (formerly Anstead, formerly formerly El-Moussa) of HGTV's "Flip Or Flop" recently posted a photo to Instagram with new boyfriend, Josh something. In the post, she discusses how she met him shortly after smoking a toad.


In the caption, Christina says "I met Josh when I wasn’t in a state of fear or fight-or-flight … I had taken time off social, hired a spiritual coach and smoked a Bufo toad (which basically reset my brain and kicked out years of anxiety in 15 mins)." Christina announced her split from her second husband Ant Anstead late last year. (edit: apparently Ant's now dating Renee Zellweger. they were papped a few days ago) Her first husband was "Flip or Flop" costar Tarek El-Moussa, who is currently engaged to "Selling Sunset" star Heather Young. Christina has two kids with her ex Tarek and one with her ex Ant.


(A/N: OP thought "smoking toad" had something to do with shrooms (shrooms = mushrooms, mushrooms = toadstool, toadstool = toad) but nope, it's smoking toad venom.

The venom of the Bufo Alvarius toad is a controlled substance in the US. It is alleged to help with depression and stress.


ontd, would you smoke toad venom?
also hope this one works, mods!

In 1980, Ted Bundy was sentenced to death by electrocution. In the years that followed, he agreed to disclose the details of his crimes, but only to one man. During the early days of the agency’s criminal profiling unit, FBI analyst Bill Hagmaier met with the incarcerated Ted Bundy in the hopes of understanding the psychology of the serial killer and providing closure for the victim’s families. As Hagmaier delves into Bundy’s dark and twisted mind, a strange and complicated relationship develops that neither man expected. 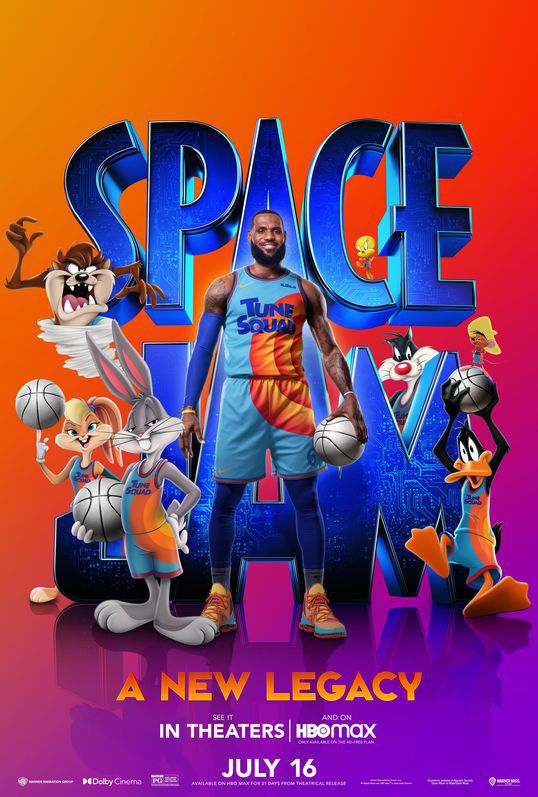 Almost everyone and their momma is on Space Jam, but there's one HUGE CAMEO that has leaked online.

[You have been warned!]

Michael Jordan's cameo in 'Space Jam' has leaked online... but there's a twist... [Spoiler (click to open)]It's actually Michael B. Jordan. Not the one from the original Space Jam. The real Michael Jordan is not in the movie.


Honestly a lot of this sounds like "movies are too expensive to make without a bonafied return, so people use wildly popular IPs, but that doesn't work because no one cares about who is starring in the film", mentions that rebuildng audiences interest in 'actual human actors in a variety of reasonable budgeted genres' would help mid-level pictures not die.

tldr; Very few people see a movie because the person once starred in a blockbuster and now they're in something else. ("They were just willing to show up to a new movie where the “franchise” was merely a popular movie star in a high-concept plot or preferred genre") Thinks the idea of the 'movie star system' ("people will see a Meg Ryan rom com bc it stars Meg Ryan, and Middle America knows exactly what it's getting") from the late 90s should return.

Well, that's what I pulled out of it.

src
Who do you want to see become a star? Also, some people are known for starring in abhorrent shit despite being talented (ask me how I know), so I guess the 'movie star system' kind of works, but not in a good way?

Rapper Juvenile wants everyone to “Vax That Thang Up.”

“It was a great way to put awareness out there for, especially for people like me and people that look like me,” he says on the remake of his iconic hit. https://t.co/VDjiYErdW9 pic.twitter.com/h1hzMSFX5w

A revamp of Juvenile's 1998 top 20 Billboard Hot 100 hit "Back That Thang Up," was remade with a pandemic-inspired twist as "Vax That Thang Up," aimed at raising the vaccination awareness within the Black community. Juvenile said, "I’m trying to make everybody see it from my point of view. So I just think that we all should, you know, take time out and get educated on it first, and then we all can be vaccinated hopefully in the future.” Juvenile just wanted a lighthearted approach an effort to help the country march toward herd immunity from the virus that has killed more than 605,000 Americans to date. The revised lyrics are as follows: "Gurl you can be the queen ... after quarantine," Mannie raps in the song which features the refrain, "Girl, you looks good, won’t you vax that thang up/ You’s a handsome young brother, won’t you vax that thang up/ Date in real life you need to vax that thang up/ Feeling freaky all night you need to vax that thang up.”

Eric McCormack Tells Sean Hayes That He May Have Developed a 'Psychosomatic' Need for Nasal Spray https://t.co/shTmcRpkcB

on Sean Hayes'podcast Hypochondiractor Eric McCormack spoke about being dependent on Nasal Spray for years and that he used it even when he did not need it:

"I couldn't get on a plane without knowing that I had the nasal spray in my pocket."I couldn't even go on stage. I don't think I did an episode of Will & Grace where I didn't [have it]. And I didn't need it. It wasn't like I was stuffed up. I just thought the only way I'm going to be able to really breathe is if I give myself a little squirt in each nostril." 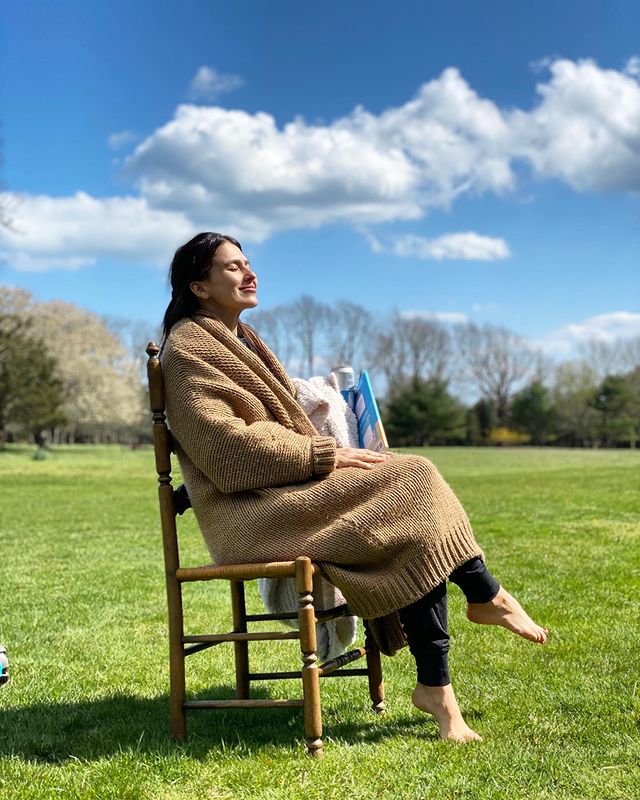 Hilaria Baldwin, noted author of The Living Clearly Method(?) has taken to Instagram to discuss the difficulties she faces being 'multi-cultural'  and how she  straddles the divide between being American and an American who visits Spain a lot.

Some assorted nuggets of wisdom below:

ONTD, did you grow up with two or more cultural influences in your household?

JLO is back looking ageless as per usual and serving a new summer bop with rapper Rauw Alejandro.

Jennifer Aniston has had a few high-profile relationships over the years, but there's one fans might have forgotten about, with Counting Crows singer Adam Duritz.

The 56-year-old recalls his brief relationship with the actor in a new episode of Vice TV's series "Dark Side of the '90s" and explains that the two met at Johnny Depp's infamous Los Angeles nightclub, the Viper Room.

Oreo is ready for fall with 2 new limited-edition flavors https://t.co/COsCHhnh8h

We're barely into summer, but the flavor masterminds at Oreo are ready to skip ahead to fall.

On Thursday, the cookie brand unveiled its latest limited-edition flavors

Up first are Oreo Salted Caramel Brownie cookies, which will hit store shelves this month, an Oreo spokesperson confirmed. The sweet treat is made with a chocolate Oreo cookie, stuffed with two layers of caramel and brownie-flavored filling, and coated with a light dusting of salt on the top.

Then next month, Oreo is also launching a new Apple Cider Donut cookie, and they're made with Golden Oreos and an apple cider-flavored filling. Both limited-edition flavors will be available wherever Oreo cookies are sold while supplies last. 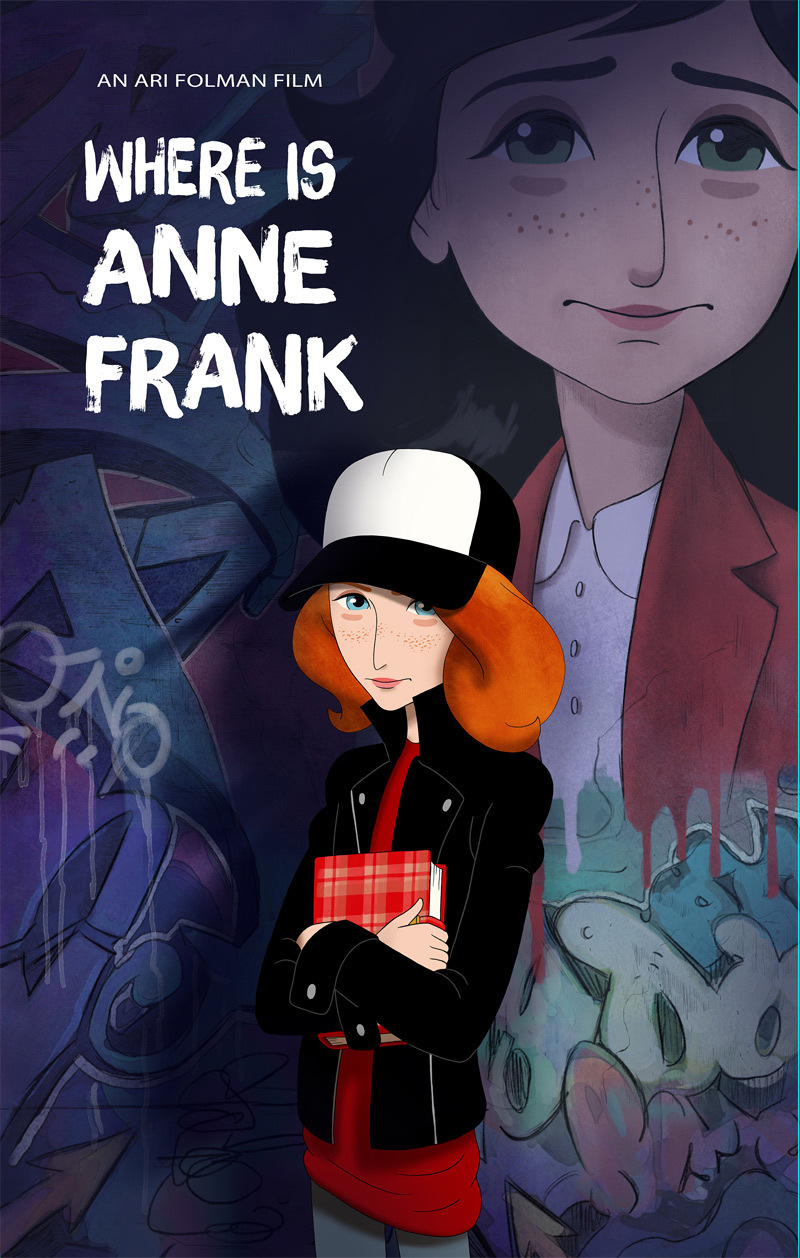 The film follows the journey of Kitty, the imaginary friend to whom Anne Frank dedicated her diary. A fiery teenager, Kitty wakes up in the near future in Anne Frank's house in Amsterdam and embarks on a journey to find Anne, who she believes is still alive, in today's Europe. While the young girl is shocked by the modern world, she also comes across Anne's legacy.

Where Is Anne Frank is both written and directed by award-winning Israeli filmmaker Ari Folman, director of the films Saint Clara, Made in Israel, Waltz with Bashir, and The Congress previously.

Open to: All, detailed results viewable to: All. Participants: 106

Who was your best dressed?

Jolt is set to premiere on your shared amazon prime video account on July 23rd 2021.

BONUS: Here's the trailer if you're intrigued:

-Thomas Doherty plays a new version of Chuck Bass in the Gossip Girl revival, the character is 17 and in his junior year of high school.

-Thomas Doherty however is 26 and has been playing a teenager since 2015s Disneys Descendants.

-How does one keep that youthful glow though? You don't need Gossip Girl to spill the secrets because he gives you them in the video!

-Some of his tips and tricks include moisturizing, using firming serum, and the occasional avocado face mask.

Now just between us goyls, could you play a Hollywood teenager?
Collapse