More Performances under the cut

Mickey Guyton "Without a net"


Jimmy Buffett "This Land is your land"

Corden has addressed the backlash over "Spill Your Guts" for the first time, vowing to give the segment a culturally sensitive makeover. https://t.co/uFl5zxEQP8

Kpop singer Wonho has been feeding thirsty hoes lately.
Wonho has recently joined the likes of Normani, CL, SZA, Blackpink and the rest of the 'my album is coming, please be patient' gang.

"Yeoh will star as Scían, the very last of her nomadic tribe of sword-elves. No one can come close to her artistry with the blade, and no one carries as much loss within their heart. When a chance presents itself to retrieve a stolen sacred sword, taken from her fallen tribe by nefarious means, she launches herself into a deadly quest that will change the outcome of the Continent." 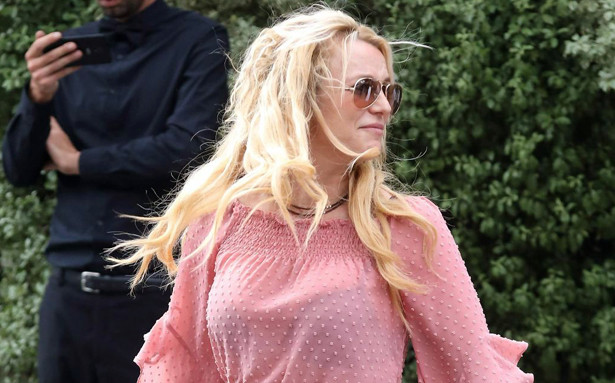 A banned source is reporting that Sam Ingham, the lawyer that has "represented" Britney Spears in her conservatorship for 13 years, has filed legal documents asking to be dismissed.

Sources close to the matter say that Ingham is "extremely upset" over Spears' June 23 statement that she was unaware she could petition to end her conservatorship, and claims he "regularly gave Britney options, including requesting that the conservatorship should end, but she never wanted to pull the plug."

The news comes less than 24 hours after it made headlines that Spears' longtime manager, Larry Rudolph, had resigned from his position on the star's "team." 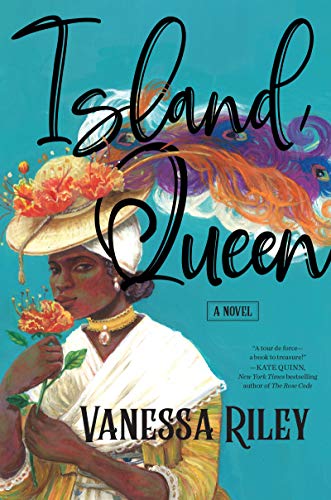 Island Queen
Born into slavery on the tiny Caribbean island of Montserrat, Doll bought her freedom—and that of her sister and her mother—from her Irish planter father and built a legacy of wealth and power as an entrepreneur, merchant, hotelier, and planter that extended from the marketplaces and sugar plantations of Dominica and Barbados to a glittering luxury hotel in Demerara on the South American continent.

From the bustling port cities of the West Indies to the forbidding drawing rooms of London’s elite, Island Queen is a sweeping epic of an adventurer and a survivor who answered to no one but herself as she rose to power and autonomy against all odds, defying rigid eighteenth-century morality and the oppression of women as well as people of color. It is an unforgettable portrait of a true larger-than-life woman who made her mark on history.

ONTD's semi-favourite One Direction alum was seen kissing and dancing with his girlfriend on board a yacht in Italy.

+ Media empire-ruling patriarch Logan Roy (Brian Cox) begins Season 3 in a perilous position, scrambling to secure familial, political, and financial alliances after being ambushed by his rebellious son Kendall (Jeremy Strong) at the end of season 2. Tensions rise as a bitter corporate battle threatens to turn into a family civil war.
+ Season 3 debuts this fall on HBO and will be available to stream on HBO Max.

She died at 78 years old of an undisclosed illness and is survived by her longtime partner, Sergio Japino.

Florence said goodbye to her, to the tune of one of her biggest songs, “tanti auguri” (“para hacer bien el amor hay que venir al sur” in Spanish). 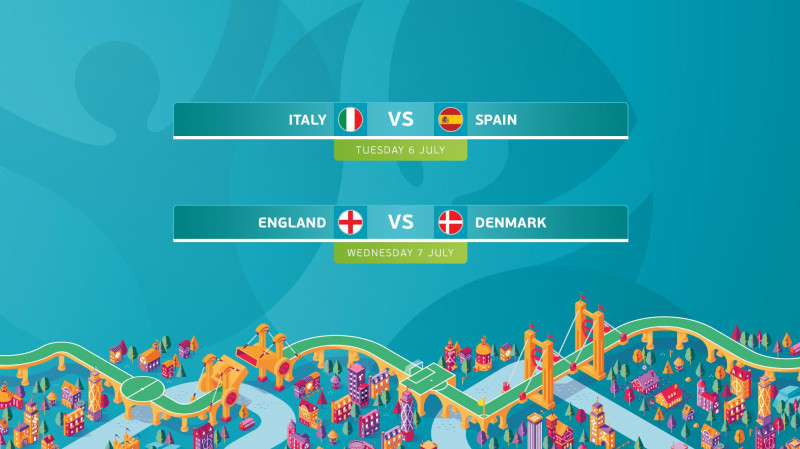 After a two day break, and a skressful quarterfinals we are back. Today, commences the semifinals for the Euro 2020. Today's match is a showdown between Italy 🇮🇹 and Spain 🇪🇸, coverage begins at 1:30 PM ET / 20:30 CET.

Let's us take a moment to remember the real Star of the Match. Yes, even though ESPN commentators said your coaching strategy was nonexistent, and judging by Poland's results, maybe they were right, but you're still a star, meu chuchuzinho 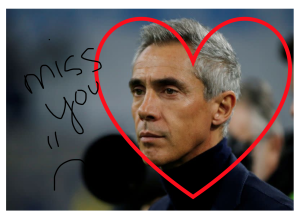 - Lebron and Bugs visit the DC world in the latest 'SPACE JAM' clip and animated Clark Kent and Jimmy Olsen can be seen in the brief clip.
- In case you don't know, a good chunk of the movie is about Lebron and the Looney Tunes visiting parts of the Warner Bros universe: Daffy is in DC World and he has replaced Superman. Granny and Speedy Gonzales are in Matrix world, The roadrunner and Coyote are in Mad Max World and Elmer Fudd is in Austin Powers World.
- We know they also visit Game of Thrones world, Harry Potter world. Gone with the Wind World and Hanna Barbera world.
- Space Jam opens July 16 on HBO Max.

LeBron James and The Looney Tunes in the Mad Max, The Matrix, Austin Powers and DC universes in #SpaceJamANewLegacy pic.twitter.com/de3DHLGtpY

Have you heard any of the songs in the Billboard top 10 ONTD?

It's time for the 74th Cannes Film Festival! The Croisette will live for eleven days to the rhythm of cinema, stars and glitter.

Quick recap of the first day:
- Female-led jury, with Spike Lee as its president
- Guest of honor, Jodie Foster, received a honorary Palme d'Or
- Annette by Leos Carax, with Marion Cotillard and Adam Driver, is the opening film of the festival
- Red carpet with stars (Covid who?) 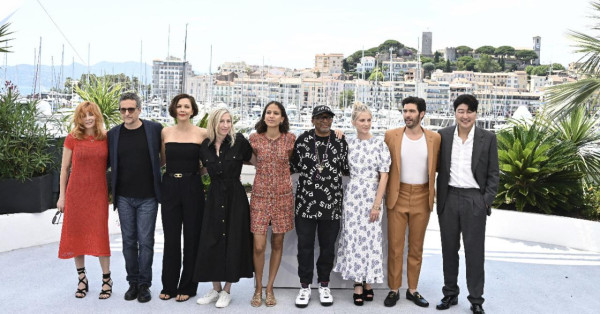 Deva Cassel and her mother Monica Bellucci for Vogue Italia

* Monica Bellucci poses alongside her daughter Deva Cassel for the cover of Vogue Italia‘s July 2021;

* For the cover Monica and Deva are wearing Dolce & Gabbana;

* Deva Cassel isn’t the only daughter of Monica Bellucci and Vincent Cassel. The couple, who divorced in 2013 after 14 years of marriage, have another daughter. Leonie, Deva’s sister, is 11 years old.

-For those of you who don't know/remember, back in 2011, DC Comics/Dan Didio decided that they needed to revamp their main universe

-Out was majority of their continuity and characterization of characters that they built up from the fallout of Crisis On Infinite Earths and In was younger versions of Superman, Wonder Woman, condensed history of 5 years into most of their careers, etc....and new romances like Superman/Wonder Woman finally becoming a couple.

-The writers were given next to no information regarding the revamp, just that it was a general Year 1 for a lot of heroes.

-Gail Simone was offered to write the Birds of Prey reboot but turned it down after DC editors came to her with a horrible pitch that made no sense.

-Batgirl/Barbara Gordon was banned from wearing glasses, being a librarian, and having her own secret lair. Gail revealed that she had to fight off editorial ideas that were awful such as using magic to heal Barbaras paralysis.

-Marc Bernadin had a horrible experience while writing Static Shock. He was supposed to take over the series with issue 8 and was influenced by Buffy The Vampire Slayer wherein Static would be in high school, have a core set of scoobies that new his secret as a superhero, etc..DC canceled the book before his first issue ever came out which resulted in him only writing 2 issues of the comic.

-Kate Kane aka Batwoman was due to have a big lesbian wedding to Maggie Sawyer but DC banned their heroes from being married as Dan Didio believed that heroes couldnt be happy and have personal lives.

-Overall a lot of the writers did end up enjoying New52 to a degree as it allowed them to do new things with characters, work with top talent, and it was some of their first major gigs but with editorial not having a clear thought out plan made things messy.

-New52 was a success at the time with it giving DC a massive boost in sales and forcing other publishers to up their game.

ONTD, how do you feel about this?

Marion Cotillard praises Adam Driver for being able to sing while simulating oral sex in ‘ANNETTE’.

ONTD, would you like your partner to serenade your nethers?

-Andy Jassy is new Amazon CEO - direct your cyberbullying his way in addition to cyberbullying Bezos.
-Will worker conditions and rights improve under a new CEO? lololol no.
-Bezos also set a new record for net worth. He is now worth $211 billion.

Scarlett Johansson, 36, is pregnant and expecting her first child with Colin Jost, 39.

An insider said: 'Scarlett is actually due soon, I know she and Colin are thrilled.'

Scarlett has a daughter born in 2014 named Rose Dorothy with Romain Dauriac.