'SHANG-CHI AND THE LEGEND OF THE TEN RINGS' 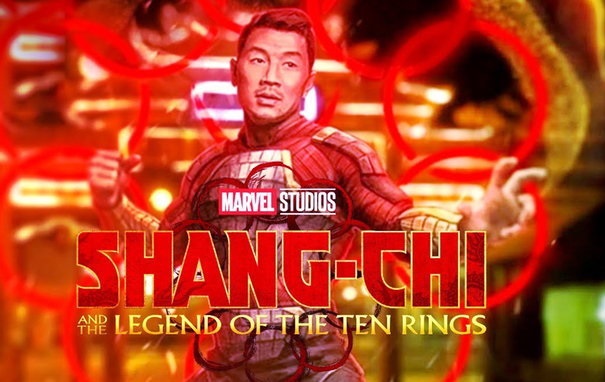 New toy leaks have confirmed some character plots, and a full look at their costumes:

- SHANG-CHI (Simu Liu): Trained since childhood by the mysterious Ten Rings organization, Shang-Chi must confront the past he thought he left behind when he is drawn back into his father's web.

- WENWU (Tony Leung): Shang-Chi's father Wenwu is the feared leader of the Ten Rings organization which has lurked in the shadows of the MCU since the beginning (Another Marvel superhero with daddy issues. Shocking)

- XIALING (Meng'er Zhang): When her estranged brother Shang-Chi suddenly shows up in her life, Xialing must choose between the solitary life she's created for herself or join her brother against the Ten Rings.

- DEATH DEALER (????): The death dealer is one of the most formidable opponents Shang-Chi has ever faced.

The back of the toys also reveal a HUGE RETURN.

[Spoiler (click to open)]- 'A.I. TONY STARK' is one of the main toys. In the comics, Tony Stark created an A.I. of himself as a backup in case his body no longer worked, so his essence could be preserved, and to train RiRi Williams (IronHeart, who's getting her own Disney+ show)

- Another character is 'CIVIL WARRIOR', in the comics he's been many people, but he uses a Captain America inspired armour and shield.

🚨#ShangChi Spoilers🚨#ShangChi action figure leaks. Some awesome stuff on here. Check out the civil Warrior and the A.I. Tony Stark. Still waiting for the trailer! pic.twitter.com/joL19IYpTh

'THE FALCON & THE WINTER SOLDIER' 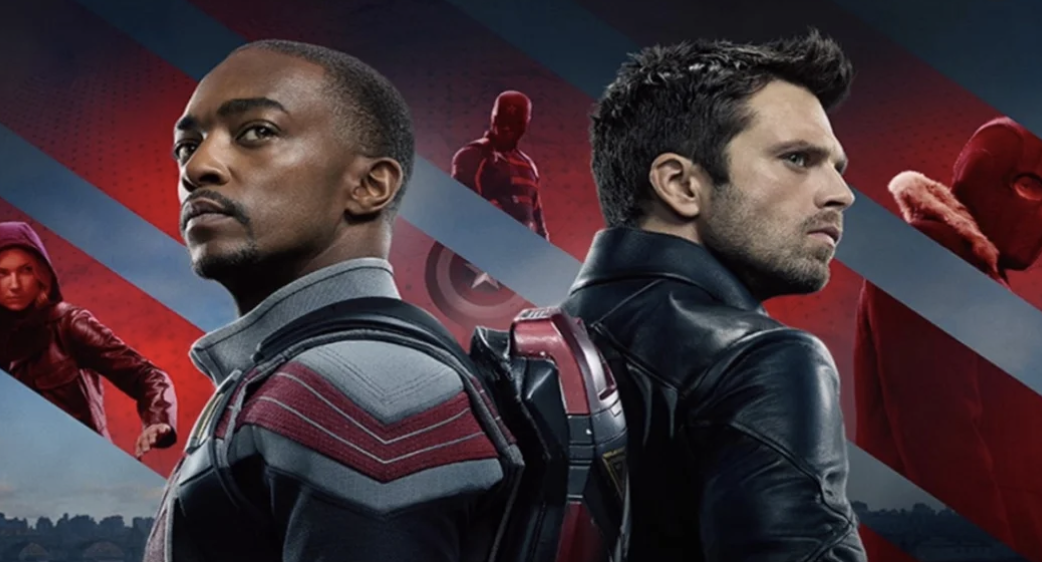 "Captain America" (The Falcon and The Winter Soldier ver.)#MarvelSelect pic.twitter.com/vakhrwQsMZ

ONTD are you excited for those spoilers?

Since OP is always here for female interpreters, here are some new bops from some international ladies.

Rapper Kid Cudi gave the Internet something to talk about while performing his song "Sad People" on Saturday Night Live last night.

While the dress it self was a tribute to Kurt Cobain, many online failed to see the bigger message behind the rappers decision to wear a dress during his performance.


Kid Cudi pulling the ultimate Kurt Cobain tribute on #SNL on the week of this death. @KidCudi all about love and suicide prevention and awareness!!! pic.twitter.com/m4DOUC5eFF

Virgil designed the dress for me. I told him I wanted to show love to Kurt w a floral print sundress and this man made a masterpiece. Thank You @virgilabloh ur a fuckin genius!! Love you man we did it!!!

FRIENDS: The Reunion will premiere exclusively on HBO Max later this year.

That’s a wrap! 🎬 Could we BE anymore excited!? Friends: The Reunion is coming to @hbomax. #friendsreunion pic.twitter.com/bZ7I4h6dWs

The tentpole is doing monster business and has already passed up fellow Warner Bros. release #Tenet to become the top-grossing pic of the pandemic era in North America https://t.co/Ym7V0ZYG28

Godzilla vs. Kong continues at the top of the box office with $13.4 million. But the film fell 58% from its opening last weekend.

Next weekend sees only a small numbers of indies released, lead by Sebastian Stan's Monday. 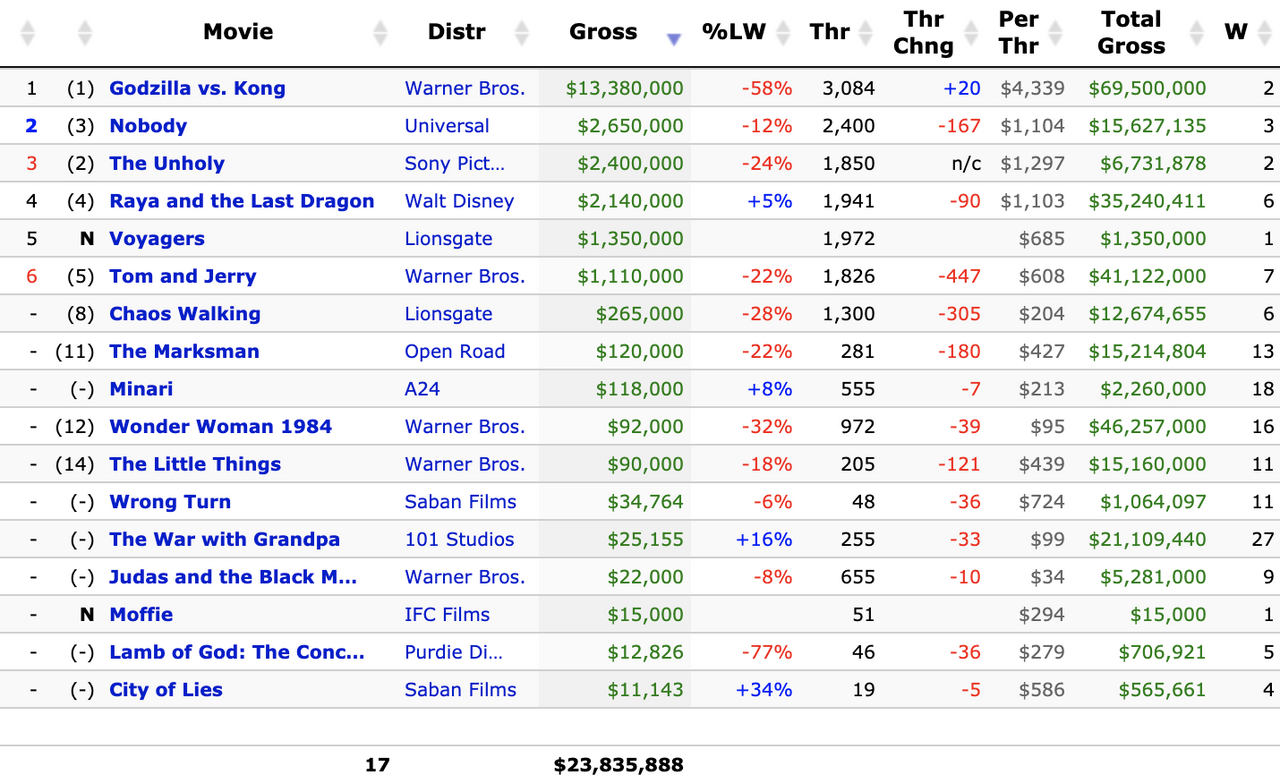 Assuming you're a loyal reader of ONTD then you definitely know at this point that Taylor Swift is releasing updated and re-recorded versions of her earlier albums. At some point she is going to be releasing the updated version of her third album, Speak Now. But what is she going to do about the slut shaming anthem "Better Than Revenge?"

If you need a refresher-

( Collapse )
Now that we know the back story. How should Taylor handle the re-release of Better Than Revenge?

Guess #1-
Release the updated version of the song with no lyric updates and no acknowledgment.
Gonna happen? Unlikely. At the very least OP imagines Taylor will update the lyrics to be less slut shamey.

Guess #2-
Take the song off the album re-release.
Gonna happen?Very unlikely. This risks the Streisand effect.

beeweastie "release a new music video for it...with camilla lip syncing for taylor/playing taylor and then taylor playing the other woman and none of the lyrics are changed. and then taylor donates the earnings from the song to the women's charity/cause of camilla's choice, they do some cute photoshoot together, iconic"
Gonna happen?-If there's a God.

frenchmoodle "she'll change all of the pronouns to "he" and make it about scooter."
Gonna happen? Honestly, maybe lol.

What do you think, ontd??? Will Camilla get her groove back?
Poll #2110142 Better Than Revenge

Open to: All, detailed results viewable to: All. Participants: 260

How should Taylor handle this song re-release?

See every look from the #BAFTAs red carpet: https://t.co/wulCmYqw9z pic.twitter.com/kLqvvHUxRh 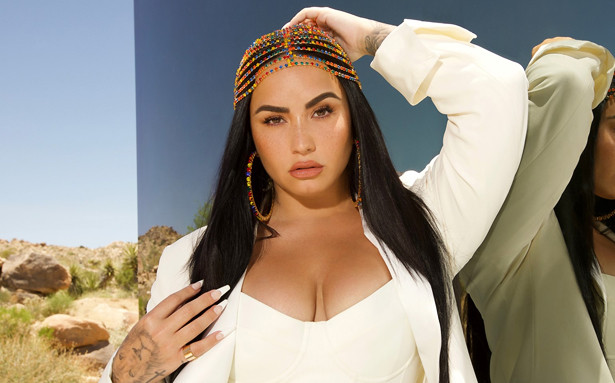 Demi Lovato scores her seventh top five album on the Billboard 200 this week, as Dancing with the Devil...The Art of Starting Over debuts at the number two spot with 74,000 copies sold (38,000 in pure sales). There was a less than 1,000 album sales gap between it and Justin Bieber's Justice, which tops the chart for a second consecutive week.

Lovato made several promotional appearances in the album's first week of release, including a powerful performance of "Dancing with the Devil" on The Tonight Show Starring Jimmy Fallon.

It was also announced that her collaboration with Ariana Grande, "Met Him Last Night," will be officially serviced to contemporary hit radio in the US on Tuesday, April 13. Lovato confirmed that a music video co-starring Grande is coming soon.

The highly anticipated Mortal Kombat 2021 theme has been released and ya know what?

The British Academy of Film and Television presented the second night of its annual film awards, with most of the big categories. The results threw a few (largely, though not exclusively, British-based) curveballs into the roster of names that have dominated the season, most notably denying Chadwick Boseman a posthumous sweep of the top acting honours by awarding the Best Actor prize to local boy Sir Anthony Hopkins for The Father; The Father also upset erstwhile frontrunner Nomadland in Best Adapted Screenplay.

Elsewhere, Carey Mulligan has every right to be annoyed as there's good reason, based on Promising Young Woman's two prizes, to think she might have won again here if the jury had nominated her.  Daniel Kaluuya's sweep continued.  Trial of the Chicago continues to flag, as it was shut out even in Editing, thought to be its best hope.  But the absolute best speech of the night went to Youn Yuh-jung, now the frontrunner for the Academy Award for Best Supporting Actress with her win here:

(Sorry mods, here's an updated version with the sources)

TONIGHT IS THE NIGHT. Here's a look at the LAST new episode of #Shameless ever. 😅 pic.twitter.com/VZgRG6CbQV

Also, they'll be hosting a live after party with the cast: [Spoiler (click to open)]

The episode is already available for digital subscribers, so how did the show end?

[Spoiler (click to open)]- Frank does not die from the last episode's overdose, but his dementia makes him walk confused on the streets, a woman tells him to wear a mask and he picks up a mask from the floor. He ends up in the hospital and is positive for COVID-19.
- Liam had a bit of a sad end since all he did was looking for Fran but never got to find him.
- Lip finally gets to sell the house and he and Tami are gonna be parents again, he also takes Liam to live with him.
- Debbie and Frannie move to Texas since Debbie met a Milkovich-kinda trash girl and fell for her in two days. (ugh).
- Ian and Mickey move to the west side, Mickey pretends to forget their anniversary and they all end up in a surprise party at the Aliby and they both talk about becoming parents.
- Kev and V are moving to Kentucky and sold everything.
- Carl and his cop buddie agree to buy the Aliby and turn it into a cop bar.
- At the end Frank dies of COVID19, and right before he kicks it he sees himself in his house and the bar with flashes of the kids in the pilot as well as Fiona and Steve. Once Frank is dying he reads the letter he left his kids and it's an updated version of his intro from the pilot (and an american version of the intro of Shameless UK), while everyone gathers around a car on fire singing and drinking, just like the pilot.
- A post credit scenes reveals Frank had so much alcohol in him that the funeral house explodes when they try to cremate him.

ONTD, what did you think about Shameless? Pls comment with a spoiler cut since some people are waiting for it to air on TV tonight.

yes another shameless post. thoughts on the finale? are you annoyed they didn't even mention fiona?

Why I love the recent episode of Ohhoho:

1. Barefaced Wonho
2. Wonho jamming to his music
3. Wonho enjoying what he loves most
4. WONHO

Costume designer Brenda Cooper picks her personal 10 favorite outfits from show during the four seasons she worked on it. Go to the source to see them all! 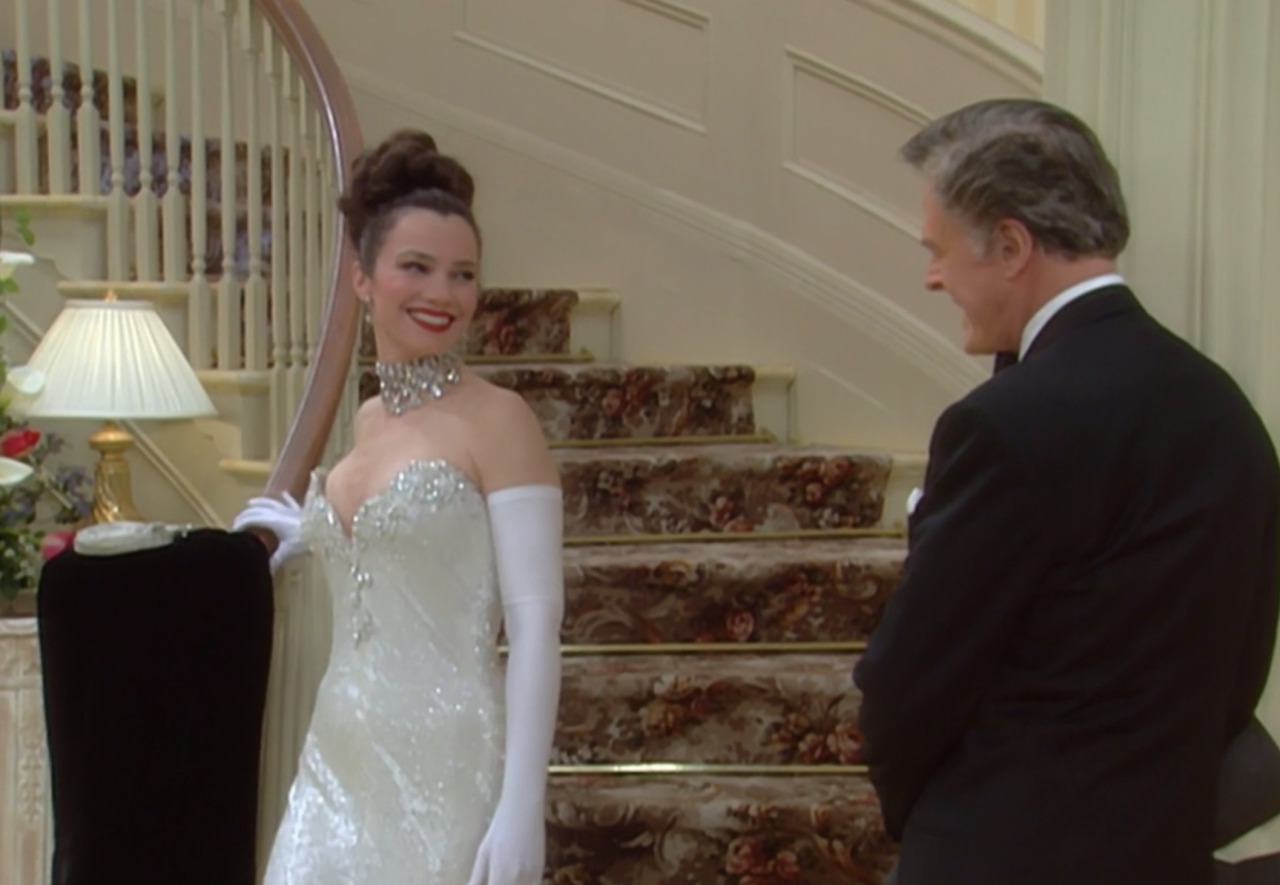 "I always loved to make Fran look like Audrey Hepburn or different characters. For this, I wanted to make it look like different characters, like, ‘Let’s play dress up.’ I went to Elizabeth Courtney Costumes [Bob Mackie’s design studio] where all of Bob’s clothes were. All his designs for Cher were there, too. Do you know how exciting it was to go into those warehouses and see clothes that Cher had worn and they were hanging up on racks? I saw this dress and nothing could be [more] perfect.”


* Dominic West made the promise to his wife Catherine FitzGerald, following the scandal surrounding her actor husband and James in Rome last year;

* He has promised never to see, speak or work with Lily again;

* West and FitzGerald have even discussed renewing their wedding vows to rebuild their ten-year marriage.

( Collapse )
- Chet threatens, yet again, to take the summer away from us. Nothing is sacred anymore.