Jennifer Lopez covers Instyle magazine with coworkers and friends sharing sweet words on her as she celebrates thirty years in the business and her new beauty line.

Ben Affleck: She remains, to this day, the hardest-working person I've come across in this business. She has great talent, but she has also worked very hard for her success, and I'm so happy for her that she seems, at long last, to be getting the credit she deserves.

Tyler Posey (co-star in Maid in Manhattan, 2002): I worked with Jennifer when I was 10 years old. She was always on time and always gave 1,000 percent when she was acting or talking to someone lower than her pay grade. Everyone was treated equally. About halfway through the shoot, she bought me an Xbox! I couldn't believe it.

Marc Anthony: The hardest worker I've ever met. When we were together, it was quite the opposite for me. That has changed since. I learned so much from her. She's the original!

Michelle Obama: The world knows that Jennifer is blessed with many gifts — talent, beauty, and an unparalleled work ethic. But what impresses me the most about her is her unwavering commitment to leverage those gifts and use her platform to give voice to the voiceless.

You heard her sing. Now you'll hear her voice.

Part two of Selena: The Series comes to Netflix on May 4.
source

Lil Nas X is facing backlash for attending a party with TikTokers despite recent statements denouncing public gatherings during the pandemic.

Attendees of the party also shared photos of “no social media” fliers that were handed out during the event. https://t.co/TDR4QqblqL

Lil Naz X is facing backlash for having a party during the pandemic after recently denouncing public gatherings on Twitter.

Edit: It was not his party, he attended Austin Mahone’s birthday party.

The rapper and fellow Tik Tok youths went to a birthday party over the weekend which apparently had “no social media” signs on the front door.”

The bromance you (and @AnthonyMackie) have been waiting for 😆 The #FalconandWinterSoldier co-stars are dishing on their off-screen friendship goals today on Kelly — tune in to find out what karaoke duet Sebastian Stan has planned for them! pic.twitter.com/mi0DunJvwY

Kelly Clarkson asked the Falcon and Winter Solider duo name “one thing about the other person that drives you nuts.”

Anthony wishes he could spend more time with Sebastian and Sebastian wishes Anthony would show more of his softer side. 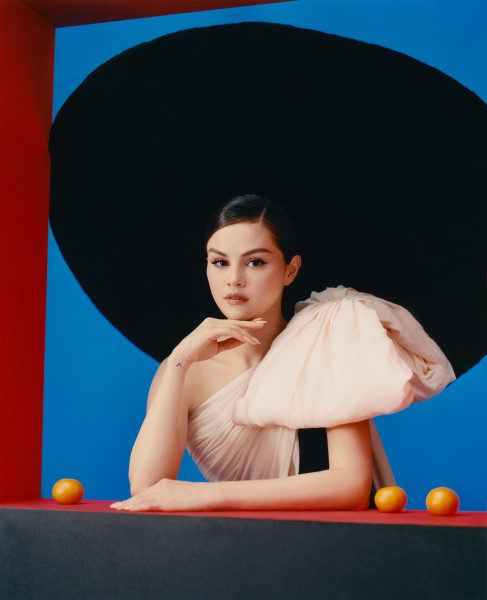 - Selena Gomez “Revelación” debuts officially with 83 on Metacritic and is now her best rated project
- At the moment, Rare is at 76 and Revival 74.


The reviews for Revalación, so far:

Revelación proves that Gomez is up to the task — and a far more versatile musician than she's been given credit for.

AllMusic - 80
Gomez has grown significantly as a performer since her early Disney years and Revelación further underlines that transformation.

New Musical Express (NME) - 80
‘Revelación’ retains the confidence that shone through on her last record.

Rolling Stone  - 70
Her EP is a captivating flirtation with the Latin music world. Selena en español is a revelation worth revisiting on a full-length project. 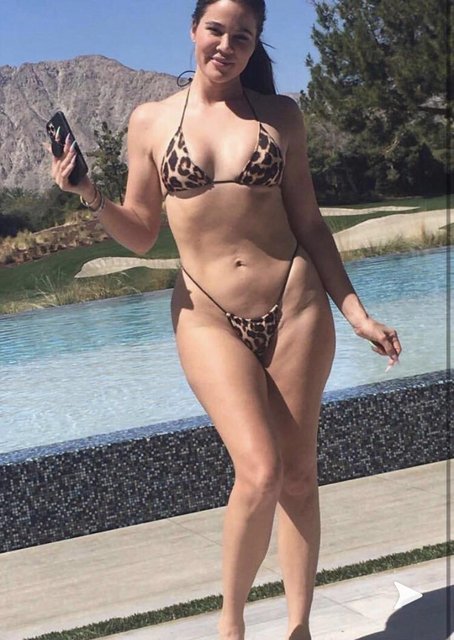 On Saturday night, an unfiltered picture of Khloe Kardashian taken from her grandmother's IG started making the rounds on social media. There is nothing virtually wrong with that picture. In fact, people on the KUTK subreddit and Twitter actually were komplimenting Khloe and talking about how much better she looks without all the facetune and filters that make her look like an IMVU avatar. But did that wave of kompliments please the Kardashians? Not really.
( Collapse )

ONTD, will you visit me in jail after the kardashians sue me?

Rihanna attended a #StopAsianHate rally in New York City this past weekend. https://t.co/40DapI9tp9

Asshole Georgia Republicans beef with a fucking soda after Coca Cola CEO criticizes a law which suppresses voters and is racist af. CEO James Quincy on the Georgia voting restrictions: "Let me get crystal clear and unequivocal, this legislation is unacceptable. It is a step backwards and it does not promote principles we have stood for in Georgia around broad access to voting." Now Gop wants all coke products removed from their offices but just today 45 was pictured with a coca cola product on his desk. 45 had a button on his desk at the oval office in which a butler would give him a diet upwards to ten times a day.

What the hell happened to Khloe Kardashian's face?!😬😳 pic.twitter.com/Pq34KW7t3j

Is this Khloe or Kim? pic.twitter.com/OiLtM1weTG

Made for television in 1991 and believed to have been lost after only airing once, a Soviet TV adaptation of The Lord Of The Rings was recently uploaded to Youtube. Titled Khraniteli, the TV movie is based on The Fellowship Of The Ring, the first book in J.R.R. Tolkien's popular fantasy trilogy. It is believed to be the only adaptation made of his work in the Soviet Union, and has so far racked up over 400 000 views since being posted.

Amazon and their LOTR prequel are shaking in their boots!!

In addition to Sex Education's Simone Ashley who was cast as Kate Sharma, Charithra Chandran will play Edwina Sharma, Kate’s younger sister and Shelley Conn will play Mary Sharma, Kate’s mother. Calam Lynch will play Theo Sharpe and Rupert Young will play Jack, who is speculated to be the new Featherington heir.


Welcome the newest members of the ton. #Bridgerton 🐝 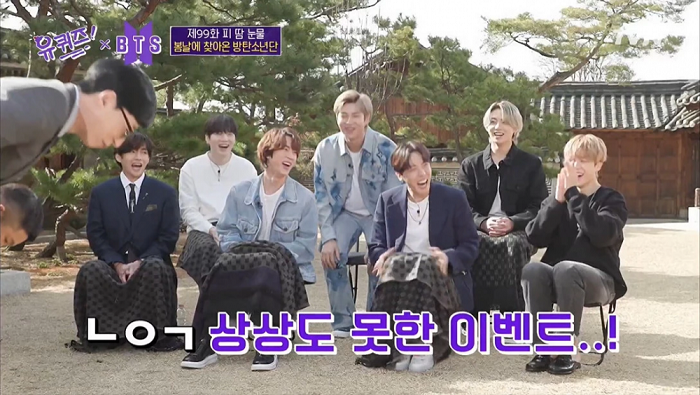 It's BTS' first appearance on a Korean variety show since 2017. Yoo Jae Suk and Seho ask them questions about their trainee life, teamwork, concerns and the most important moments from their career. We can also watch BTS play different games prepared by the MCs.

MBB is tired of the people who still think she hasn't grown up over the years.
She opened up about people still viewing her the young star she was when her career began.
It often happens with her fashion choices, especially over the most recent years.

"I'm only 17, but at the end of the day, I'm learning to be a woman. I'm learning to be a young woman. So being a young girl, people watch you grow up, right? And they've almost become invested in your growth and your journey. But they aren't ready to accept the fact that you're growing up,"

"I think that's what I found has been quite difficult: the transitioning period. They're not accepting it and I've completely accepted it. You know, I'm ready. I'm like, 'It's been a while. Let me wear a high heel!' I'm not going to be playing those young girls anymore and it's kind of like I have 50 million people [who] like my parents,"

Yahoo Answers, a source of early internet humor and sometimes good advice, is shutting down for good on May 4th. RIP. https://t.co/6U3ZWGJ687 pic.twitter.com/GQEce1TMUA

Yahoo! Answers is shutting down after 16 years, the site will officially close on May 4th. Users won’t be able to submit any new questions or answers after April 20. Previous questions and answers can be viewed on the website until May 4th when they will be redirected to the Yahoo homepage. Yahoo! Answers users can request their old data to download, including previous questions and answers they’ve posted before June 30th.

ONTD, did you use Yahoo! Answers?
What are some of your favorite questions asked there?

Paramount+ has released a teaser for season two of Lower Decks, which premieres on August 12th. In addition, they've renewed the show for a third season! It'll consist of ten episodes.

Paramount+ has handed #StarTrekLowerDecks an early renewal for a third season https://t.co/JF7Zcaz6hI

UPDATE: Alonzo's death has officially been ruled a homicide. https://t.co/N7J53MO4fV

Per news station KWCH, the FBI has ruled the 2004 death of Alonzo Brooks to be a homicide.

As part of the continued federal investigation, his body was exhumed and transported to Dover Air Force Base in Dover, Delaware. His body was examined by the Armed Forces Medical Examiner. The examiner’s report concludes that the cause of death was homicide.

“We knew that Alonzo Brooks died under very suspicious circumstances,” said Acting U.S. Attorney Duston Slinkard. “This new examination by a team of the world’s best forensic pathologists and experts establishes it was no accident. Alonzo Brooks was killed. We are doing everything we can, and will spare no resources, to bring those responsible to justice.” 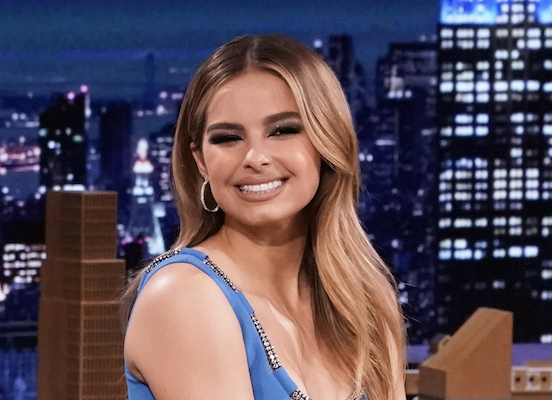 Addison Rae is supposedly the ~new~ age of celebrity, but she pulls the same stunts as the old generation. Like calling the paparazzi!

Page Six calls out Addison for siccing the paparazzi on herself and then pretending she hates it. Her team of publicists regularly tips off the paps, plus she stays at notorious paparazzi haunts like the Mercer Hotel.

Open to: All, detailed results viewable to: All. Participants: 341

Keepin' Rodrigo in a job, what a queen.

Who were the fame-thirsty it-girls of ur generation, ONTD?

ALERT! The Circle is back for Season 2! This time it's bigger and better with more twists and turns in the all-new season! Get ready for a completely new cast of contestants who aren’t afraid to chat, flirt, befriend and betray each other to earn the ultimate cash prize as top influencer. But who is playing as their true self and who might be hiding behind a catfish profile? That's for you to guess and all will be revealed when The Circle launches on Wednesday, April 14.

The original video was deleted, edited and re-upload, but here is the source. pic.twitter.com/tcQz73BmE0

- Roger Pera, the spanish dub actor who voiced Tobey Maguire for the first three Spiderman films (The Raimi ones) confirms he's been called to voice him again in 'Spiderman No Way Home'.

- When asked about him voicing Spiderman once again he answers: "When I open instagram, i get a lot of questions but that's the one i get asked the most. Sometimes i get to keep in contact with people of studios like Warner, and in this case it's Sony, and i've heard a lot of stuff about this (film) and at first i thought 'all of this has to be fake, right?' but it's not fake, and i will be dubbing him."

- Lately the spanish dubs have cause a bit of controversy since one revealed Supernatural's Dean told 'I love you' back to Castiel and another one revealed Evan Peters playing Quicksilver in Wandavision.

Just an excuse to talk about thick men thighs 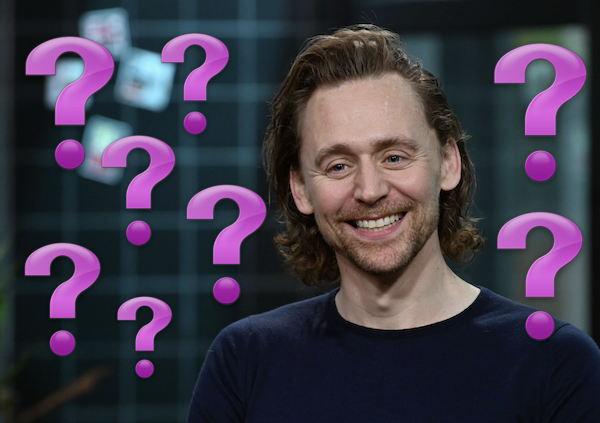 However, both the tweet and the original post have disappeared without a trace. The entry is completely gone from JJ's site. The tweet is gone, too.

Something weird is going on, and ONTD is going to get to the bottom of it!

I talked with Emily VanCamp about reprising Sharon Carter on #TheFalconAndWinterSoldier, how much darker Sharon is on the show, and what she thinks about the identity of the mysterious Power Broker. https://t.co/e6IpD9Ys8C

-Star Trek Discovery returns THIS YEAR! Yes you read that right, 2021!
-Gersha Phillips updated the costumes again because supposedly the grey blended in too much with the set.
-Star Trek Picard is back in 2022, with as the trailer shows at the end a bigggg returning character.

Happy First Contact Day, ONTD Discoteers!
Hope you're all keeping safe and well out there, and getting vaccinated if you can 🖖

After a week off, Jimmy Fallon returned to his late night talk show to respond to the backlash over a segment he did with TikTok star Addison Rae.

“On our last show before the break, we did a bit with Addison Rae, where she taught me 8 viral TikTok Dances. Now we recognize that the creators of those dances deserve to have their own spotlight, so right now, some of the creators will join me to talk about how their dance went viral, and then perform the dance themselves,” Fallon insincerely said in Monday’s episode while introducing the damage control segment.