RuPaul's Drag Race is all new tonight with special guest judge Cynthia Erivo as the queens prepare for an acting challenge to see who makes it to the final four!

ONTD, who are you rooting for?

It's lights up on 'Henny: I Shrunk The Drag Queens' and Mama Ru & our judges are bringing the GLAMOUR! 😱 ✨

Madonna, 62 is out here looking like the next upcoming pop girl on the scene in some newly shared selfies on her social media.

Madge quickly started receiving backlash online and was accused of Photoshopping the images to make herself look younger.


source
she looks f***ing good, I hate the internet sometimes

BTS are signed to Big Hit Music, which is a label under the larger company HYBE (previously known as Big Hit Entertainment). That said, BTS were basically the only artists under HYBE originally and are the reason they have become a massive company, all seven members also have significant shares in HYBE, so big money moves means they are also making bank individually.

Over the past few years, HYBE has acquired a bunch of smaller kpop labels and started new subsidaries that brought in major kpop talent like Seventeen, Gfriend, etc. They recently created a new branch of their structure called Big Hit America, and this morning announced that under that branch they have acquired Scooter Braun's company Ithaca Holdings, including Scooter's management company SB Projects, and country label Big Machine.

The deal encompasses a range of services including management, label services and publishing for a combined roster that includes BTS and other HYBE kpop acts, with Justin Bieber, Ariana Grande, J Balvin, Demi Lovato, Thomas Rhett, Florida Georgia Line, Lady A and more artists on the SB Projects and Big Machine rosters. While the kpop labels remain separate and indepdent from the Big Hit America branch, this still effectively brings all these artists under one company.

A reminder that Scooter has already sold Taylor Swift's masters, so that was not part of the deal, but.................BTS, congrats on your bank accounts.

Honestly I just hope this means an Ari x BTS collab might happen.

- Brockhampton is back yet again with their second single for their upcoming studio album RoadRunner. (Having dropped the single and video for BUZZCUT just last week)

- In contrast with the lead single, COUNT ON ME is a chill catchy summer track featuring A$AP Rocky, SoGone SoFlexy, Ryan Beatty & Shawn Mendes. Only one Brockhampton member (Matt Champion) has a full verse on the track.

- The boys have also unveiled the full track list and album cover for the album.

source
Kevin's dream came true! Even if all Shawn is doing is harmonizing during the chorus. 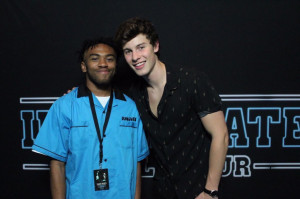 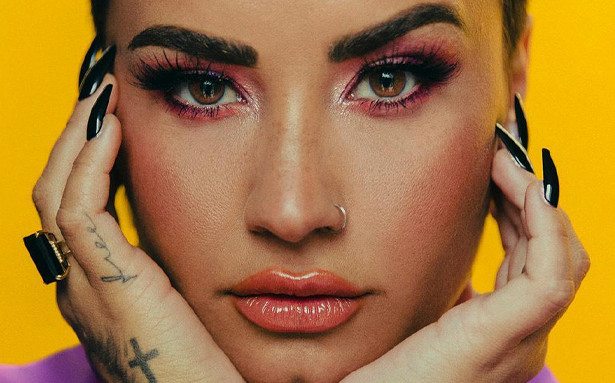 #TheFalconAndTheWinterSoldier includes the grand return of Zemo after 5 years as well as the first episode written by ‘John Wick’ creator Derek Kolstad.

Do these elements make for a great episode? Find out what we think in our review... https://t.co/MExl8ofMIc

So, what we learnt this episode...

[Spoiler (click to open)]- Karli and the new Captain America have very loose morals.
- Sharon has been living in Madripoor since none of The Avengers helped her.
- The CIA hired a scientist to recreate the super soldier serum, and right before he got it, he got snapped, and then sold it to the Power Broker.
- Zemo is a millionaire and was royalty before Ultron destroyed Sokovia.
- In the end, Bucky meets Ayo from the Dora Milaje, who's after Zemo.
- Zemo dances as a white boy.

ONTD, what did you think of Episode 3?

Your Grace, it has been a pleasure. 💜🐝 pic.twitter.com/kX1nIG8pz7

It has been announced Bridgerton breakout star Regé-Jean Page will not be in the second season of the hit series. On-screen wife Phoebe Dynevor will continue on the series.

His absence is due to scheduling conflicts with the currently filming Russo Brothers’ The Gray Man, in which he will be starring alongside Ryan Gosling, Chris Evans and Ana de Armas.

Eta: Regé-Jean Page has released a statement on the news, which makes it sound like he's completely leaving the show:

Regé-Jean Page has issued a statement after news broke out of him leaving #Bridgerton after one season: “I have nothing but excitement for ‘Bridgerton’ continuing to steam train off and conquer the globe. But there is also value in completing these arcs and sticking the landing.” pic.twitter.com/HMaEqQVY8T

Breaking: MLB is moving the 2021 All-Star Game out of Atlanta, the league announced.

Asshole Georgia Governor, made an executive order voiding all local mask mandates and passed a law to suppress voters. MLB which has their own problems wasn't about that fucking shit and is moving the 2021 All-Star Game out of Atlanta. Commissioner of Baseball Robert D. Manfred, Jr. Statement
"I have decided that the best way to demonstrate our values as a sport is by relocating this year’s All-Star Game and MLB Draft."

8.16, Couple Off, which airs on Wednesday, is the last episode George Segal filmed before his death on March 23rd.

- David Schwimmer was on Graham Norton and he confirms he's traveling to LA to film the FRIENDS reunion next week.
- He confirms he'll be David for most of the special, but he also mentions “Nothing is scripted and we are not in character, however, there is one section of it that — I don’t want to give away — but we all read something."
- The Friends Reunion Special was supposed to air in May 2020 as part of HBO Max but was postponed due to Covid and there's no new release date yet.

ONTD, have you been watching Friends during the pandemic?

Thanks to everyone who participated in the poll for movie watch parties. Our movie watch parties will now be on SATURDAY at 8 PM Eastern Standard Time. Here's a schedule for the upcoming movies we'll be watching and watch the trailers below. Feel free to add any sugesstions for movies ideally on Netflix and Hulu. However if a movie is on Amazon Prime or some other service, another user will need to be the host as your overzealous hall monitor doesn't have Prime.

4/17 Made You Look: A True Story about Fake Art

Instructions for joining the Netflix watch parties (now called Teleparty) will be posted an hour before each viewing.

One of the Capitol Hill police officers has been killed, the acting chief says https://t.co/S7bfhT7PjB

A 25-year-old man from Indiana drove a sedan into two police officers in Washington, D.C., near the White House. The man emerged from the vehicle with a knife and was shot by a police officer. The suspect and one of the officers is confirmed dead. The capitol was placed on lockdown, which was just lifted. President Biden is currently at Camp David and the National Guard has been dispatched to the scene of the offense. Contrary to reports, there is no confirmed link to white supremacist groups or to Black Lives Matter.

UPDATE: The suspect has been confirmed. I don't care to post his name bc I don't want to give him more recognition. But you can read more here.

Critics of the security measures still in place at the Capitol need to take several seats.


Here are California’s new rules on indoor live events or performances beginning April 15, for venues with a capacity of up to 1,500 people:

-A documentary film about the Nickelodeon Network, telling the story of its humble origins deep into the SNICK years.

-Wanted to be the opposite of Disney and not treat kids like they were dumb.

-Appears to have quietly been released in 2018 but came to Hulu in 2020 with no real promotion. 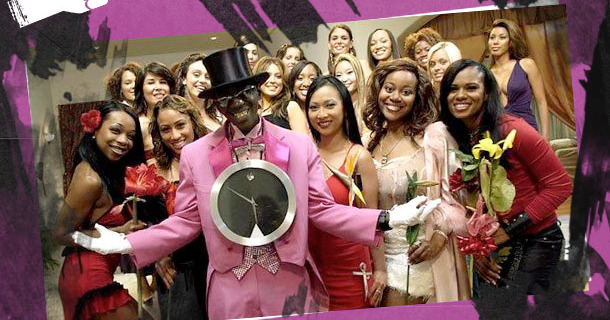 Ever wonder how the ladiez of "Flavor of Love" got cast? Ever lie in bed dreaming of how you might get your ass cast on a future VH1 dating show, as I have? Wonder no more!

"I really don't think it was possible to be too crazy to be on 'Flavor Of Love' [...] If we just found a dope person who walks around in a clown suit all the time who wants to make love to Flavor Flav, that's awesome."

Open to: All, detailed results viewable to: All. Participants: 135

how far would you have gotten on Flavor of Love?

-Jason Behr of Roswell (and Roswell: New Mexico) fame will be recurring on Supergirl as Zor-El, daddy to Supergirl!

-Is 47 and looking just as good as he did during his Max Evans days and still playing an alien.

Is her team the best in the business?

Anyways, this music video shows off the ups and downs of a couple. Patrick sings on the rooftop of the Rosslyn Hotel in LA. How many LA landmarks can you spot? From that rooftop, Lucy was able to spot the Cecil Hotel, as she posted to Instagram.

State of the Source + this OP for that Instagram anecdote

Okay y'all stop what you're doing and get ready for some serious wholesomeness. In this video by the South Korean variety channel ODG, which regularly features videos of kids interacting with Korean idols (whom they usually don't recognize because they're too young to be their demo, with hilarious results), singer IU meets Minseo, a 6th grade student and child actor.

Unlike most videos though, Minseo knows exactly who IU is, in fact, she's a huge fan. But the adults initially play a prank on her, asking her to act like she doesn't know who the celebrity she's about to talk to is. This leads to the most absolutely adorable, heartbreaking and heartwarming video of the channel so far.

It doesn't matter if you don't know who IU is - if you're on ONTD, you know the feeling of stanning a celebrity and you'll relate to Minseo.

But if you do want to know who IU is, check out these videos:

ONTD, could you keep a straight face while meeting your idol?
Collapse