I pulled 5 (out of 15) costumes from this Cracked list of 15 Iconic Movie Costumes (That Were A Huge Pain In The Butt) and thought of 5 similar movie costumes (either from the same movie or actor) and compare them below! So, here are 5 really uncomfy (mostly superhero) movie outfits and their much more comfy relatives:

ONTD: Have you ever rimmed a superhero?

NYC's Tribeca Film Festival plans to hold in-person screenings for its 20th edition this June. A 12-day series of outdoor screenings will highlight the event, which will be the 20th anniversary of the first Tribeca held months after the 9/11 terrorist attacks. Screenings will be held June 9 to 20 at a range of public venues across Manhattan, Brooklyn and Staten Island. Tribeca will host community screenings in all New York City boroughs, including the Bronx and Queens, using traveling 40-foot screens.

The festival says they will be working closely with state health officials to make sure all covid-19 guidelines are followed.

do you think this is too soon, ONTD? do you enjoy outdoor movie screenings?

Disney+ has dropped a casting announcement for their upcoming series based around Ewan McGregor's Obi-Wan Kenobi. The continuation of the Star Wars universe will also see Hayden Christensen reprise his role as Anakin Skywalker/Darth Vader and Joel Edgerton as Owen Lars.

Production on the series begins soon.

In the new HBO documentary TINA, music legend Tina Turner looks back for the first and last time at her younger years filled with struggle and pain, then at the true love and global fame she found as a middle-aged woman.

Looking back, Tina reflected: "It wasn’t a good life. The good did not balance the bad...Some people say the life that I lived and the performances that I gave, the appreciation, is blasting with the people. And yeah, I should be proud of that. I am. But when do you stop being proud? I mean, when do you, how do you bow out slowly? Just go away?"

According to her husband Erwin Bach, Tina considers this documentary closure and a goodbye to her fans.

This post is a place to talk about the amazing Tina Turner and her new documentary!

Jason Derulo is expecting his first child with girlfriend Jena Frumes. Derulo announced the pregnancy on his Instagram.

The couple have been dating since March 2020.

Thieves reportedly raided Beyoncé's storage units and made off with $1 million in valuables https://t.co/zSRk71uFEr pic.twitter.com/W7NiAlJF4F

The thieves made off with more than $1 million dollars worth of items, including her expensive handbags and dresses. They later returned and took more handbags, kids toys, and photos belonging to one of Beyoncé’s stylists.

Beyoncé is the latest celebrity to have their storage units robbed. Miley Cyrus’ storage space was also robbed in LA and other celeb storage units have been targeted.

TMZ is reporting that the LAPD is investigating.

Amanda Seyfried is set to star as disgraced Theranos founder Elizabeth Holmes in the Hulu limited series The Dropout. Kate McKinnon was previously cast in the role, but left the project in February. Seyfried will also serve as a producer; filming is expected to start this summer. 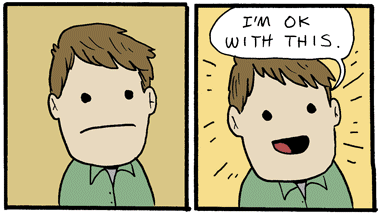 Carol takes Negan on a journey, hoping to minimize the increasing tension. Negan reflects on the events that led him to this point and comes to a conclusion about his future.

In order to repent for my Noah Scentedmayo post, I present you Aldis Hodge posting some thirst traps and showing us he's been working hard for the upcoming Black Adam movie. Aldis will be playing Hawkman.

ONTD, will you be now watching the Black Adam filme?

Even more sad news is here for #Superstore fans...https://t.co/LAEfc2256J

The spin-off starring Nichole Sakura and Johnny Pemberton as their Superstore characters Cheyenne and Bo is not moving forward on NBC, according to writer Bridget Kyle. The series would have focused on the couple as they “balance their big dreams with the harsh realities of being a blue-collar family in America”.

Whatever, give us a show starring Sandra!

i literally sing about lean & adultery in old town road. u decided to let your child listen. blame yourself. https://t.co/gYmTi49BqB

Deadline exclusively reports that Russell Crowe has joined the cast of Marvel’s Thor: Love and Thunder.

No word on his role. Crowe joins Chris Hemsworth, Natalie Portman, Tessa Thompson, and Christian Bale in the fourth installment of the Thor series. Taika Waititi is back as the director and the plot is being kept under wraps.

* Ben Affleck and Ana de Armas have split after 1 year of dating.

"Addison has been catapulted to being the face of viral dances created by mostly Black TikTokers." https://t.co/ZbqOohKfl8

Addison Rae teaches Jimmy Fallon a series of TikTok dances.
Twitter called out the show for not properly crediting the creators of the dances.
Some highlighted the missed opportunity for the original Black creators.
This is the second time Fallon has done the segment, with Charli D'Amelio previously showing the dances.
Black creators not getting credit for their dances on TikTok is unfortunately not a new problem.
A viral video can be what launches your career,.

'Who Killed Sara?' star Manolo Cardona on getting in shape for the show https://t.co/qZcxiGy7ev pic.twitter.com/EFgjMP4z4E

-His character was a personal trainer who spent 18 years in jail, so he would work out for 2 hours a day
-He said it was hard at first, but good in the end because it meant he was in shape
-He's friends with fellow Colombian Sofia Vergara and they laugh a lot when they hang out
-Plus the show has been renewed for a second season, despite it's drop on Netflix only 5 days ago!

ONTD, feel free to discuss this show or your workout regimen.... beware of spoilers in the comments, though!

Gearing up to take over 2021 with mediocrity a new movie (“He’s All That” on Netflix) and new music, TikTok star turned actress and Pop singer — Addison Rae — released her debut single, “Obsessed.” On the same night of causing controversy for replicating TikTok dances poorly by black content creators, Rae performed her single “live” on The Tonight Show with Jimmy Fallon.

Rae previously dated Bryce Hall (aka that douchebag who fought a waiter, threw house parties during the pandemic and got his power shut off by the LA mayor). The two recently broke up, again.

ONTD, are you obsessed? 🥴

In a rare sighting, Tom Hiddleston was seen heading back home following an early morning workout in Londonhttps://t.co/tquM2ccwj1

Tom Hiddleston is showing his his muscular gams off in some curve-hugging spandex. He finished a workout, then took a walk around his hometown of London. No word on whether his mighty calves will make it into Thor: Love and Thunder. Why not, though, since every other actor in the world will apparently be in that movie?

Open to: All, detailed results viewable to: All. Participants: 149

Do u have chicken legs, ontd?

Cardi sparked a strong reaction after sharing a video of her long and flowing natural hair while posing in just her underwear. Her followers clashed with each other arguing whether her hair was able to grow long because of her Latina heritage.

I think I’m going to a video of different Hispanic people or Latin people or w.e terms is the correct way to say it now a days cause people be thinking every Hispanic is Mexican or something & must have the same hair texture,color and features 😫

At this point, the article notes, all current/future projects Hammer was attached to (the JLo romcom, 'The Godfather' series, etc) let him go in the past couple of months. The only thing left on his list of potential projects is... the “Call Me By Your Name” sequel. Good luck with that ever getting filmed at this point.

Show is on Spring Break this week, recap for last Thu-Fri

Open to: All, detailed results viewable to: All. Participants: 25

Ontd did someone teach you about handling your money?

-The show with just about the worst luck has finally met its end. After 3 seasons, American Gods is no more.

-1st season showrunners Michael Green and Bryan Fuller who set the tone for the series left the series at the end of Season 1 due to creative/budgetary reasons with Starz. Gillian Anderson and Kristin Chenoweth who played Media and Easter also quit once Fuller was gone.

-Season 2 came out almost 2 years after Season 1 and new showrunner Jesse Alexander was allegedly let go after how messy production became during Season 2.

-Charles “Chic” Eglee took over showrunning duties for Season 3 and in doing so got rid of Orlando Jones and Mousa Kraish right before production begun.

-Starz may do a wrap up movie as Season 4 was to conclude the book the series is adapted from but nothing announced yet.

Megan Thee Stallion is teaming up with Fashion Nova and journalist/activist May Lee to donate $50,000 following the tragic shooting at three Asian-owned spas in Atlanta, Georgia on March 16. Eight people were killed, of whom six were Asian women. A 21-year old man has been arrested for the murders. The non-profit receiving the money, Advancing Justice Atlanta, is dedicated to the rights of Asian Americans in Georgia and the Southeast.

Nike is suing the company that released Lil Nas X's "Satan Shoes" in an infringement lawsuit filed in federal court on Monday. https://t.co/gQT0Af81zY


Nike filed a federal trademark infringement lawsuit Monday against the company that released a controversial customized version of its sneakers in collaboration with the rapper Lil Nas X.

Today in Ew! Gross news... Sharon Osborne is reportedly walking away as co-host of The Talk with a rumored $10 million dollar payout after allegations of racist behavior.

The cherry on top of it all is that she gets to spin the narrative to look as if it was HER decision to leave.

Sharon Osbourne reportedly exited ‘The Talk’ with a payout of up to $10 million amid allegations of racist behavior:

The 2021 Eurovision Song Contest is less than 2 months away and all 39 songs have been released, so I thought this would be a great time to do a little news roundup. The Eurovision youtube channel has uploaded its annual recap of all the participating songs, which you can check out below.

The Eurovision Song Contest will take place on May 18, 20, and 22 in Rotterdam, the Netherlands.

Have you listened to the songs? Any favourites or predictions?

-WB has greenlit a Thundercats film from director Adam Wingard!

-Adam is a HUGE Thundercats fan and has no plans to give us an action version of Cats.

-The tv series will be a jumping off point and stay true to the characters. He has no interest in trying to do a drastic change of the characters looks or storyline.

-Will be a mixture of CGI/live action.