Mini Challenge: Are You Smarter Than The Pit Crew?
Maxi Challenge: Branding challenge where the queens need to create their own soda brand and produce a commercial


Please support our RPDR queens AND your local queens during this pandemic. Here are two masterposts on how to support our queens: 1, 2. Also, PLEASE put your Reddit spoilers under a spoiler tag. 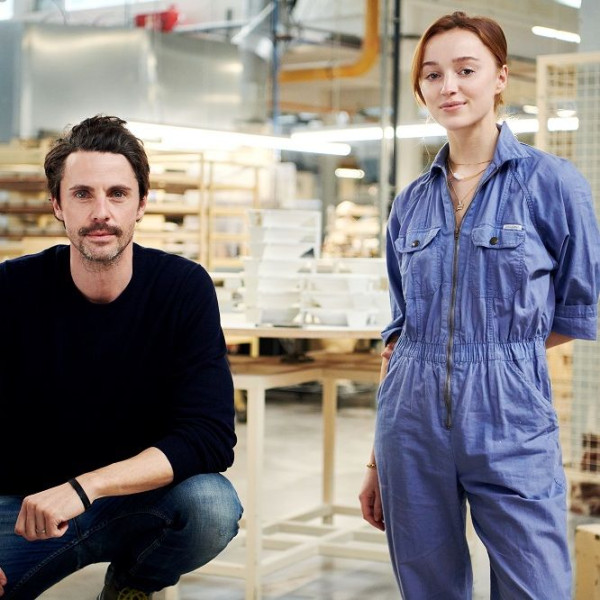 Bridgerton's other breakout star is set to star alongside Matthew Goode's good dye job and bad mustache in a film about ceramics artist Clarice Cliff. Cliff was famous both for her groundbreaking art deco designs at a time when women rarely took center stage in the art world.

Goode's character (Colley Shorter) plays an "eccentric factory owner" who takes an interest in Cliff — paying for her to go to school to further her talents in ceramics design and, naturally, having an affair with her despite being 17 years her senior and very married. Shorter and Cliff eventually married after the death of his first wife.

The film boasts a female writer and director and the majority of the story will center on the way Cliff broke barriers in the world of pottery.

It's just started pre-production and will eventually be screened on Sky Cinema in the UK. It also stars the seriously underrated Kerry Fox (Shallow Grave) and the oddly under-employed David Morrissey (The Walking Dead).

ONTD, is it time for another wank post about age gaps and/or affairs? Do you care about the high-stakes world of pottery art?

Variety has the exclusive on the CW reboot of “The 4400.” Variety has learned Erica Watson is set to direct the pilot episode.

‘The 4400’ is a reboot of a USA network science fiction show of the same name. The original show featured a up and coming Mahershala Ali. It ran from 2004-2007.

The plot: For the past 100 years, 4400 people who have vanished without a trace. Suddenly, they all return. They haven’t aged and have no memory of what happened to them. Soon the government takes over and tries to contain the story.

On Twitter, a site revealed that an R-rated version of the beloved comedy exists.

There is no complete NC-17 version and it’s unlikely that the R rated version would be released. Columbus did say he was open to do a documentary about the making of Mrs. Doubtfire and it would feature of some the clips.

In "people we're still not checking for" news, apparently Grimes had a birthday and X Æ A-Xii serenaded her on the synth or something.

How have you celebrated your pandemic birthdays, ONTD?

The ‘Lovecraft Country’ star continues to be booked and busy. https://t.co/AieAgZYhX8

Her role is unknown and she was seen in the first trailer of the show. She joins Tom Hiddleston, Sophia Di Martino, Owen Wilson, Gugu Mbatha-Raw and Sasha Lane.

+ A new video posted by Mad Gene Media (Production company founded by Oscar Isaac and Elvira Lind) on Instagram shows Oscar in combat training, presumably in preparation for his role as Marc Spector, for the upcoming Disney+ show 'Moon Knight'.

He has waited so long for this. Zack said he wouldn’t let Ray watch it until all the VFX for Cyborg were done. I’m so happy for Ray. #SnyderCut #Cyborg pic.twitter.com/00pn7RDrNU

Ray Fisher, who portrays Cyborg in the DCEU's "The Justice League" was basically completely cut from the final theatrical cut of "The Josstice League" because Joss Whedon is "allegedly" racist, misogynistic and an abuser. With the release of #TheSynderCut, Zac Synder was able to restore the original vision for Victor Stone/Cyborg and give Ray Fisher the recognition he deserves for the talent, nerve, and charisma he has displayed in the film and through this entire ordeal of being silenced for 5 years.

ONTD, who is your favorite member of the Justice League and why is it Cyborg?

also, PUT RAY FISHER BACK INTO THE FLASH IN THE CYBORG SOLO MOVIE ASAP WB. 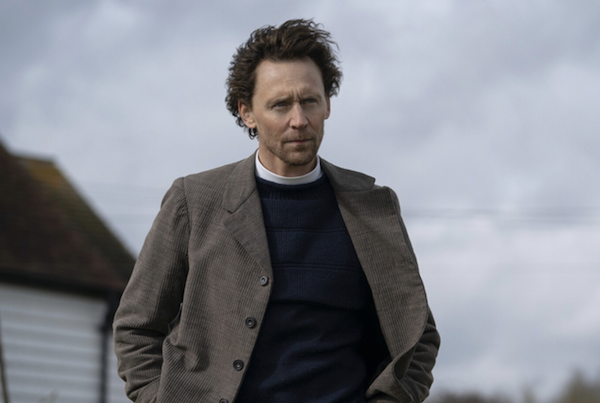 Tom Hiddleston is resurfacing this summer as Loki, but he is also filming a new project for Apple TV! He will star alongside Claire Danes in The Essex Serpent, which is about a battered housewife who falls in love with a local reverend and becomes obsessed with a mythological sea serpent.

Tom plays the reverend, not the sea serpent.

somebody get him to Joel McHale's hair guy. 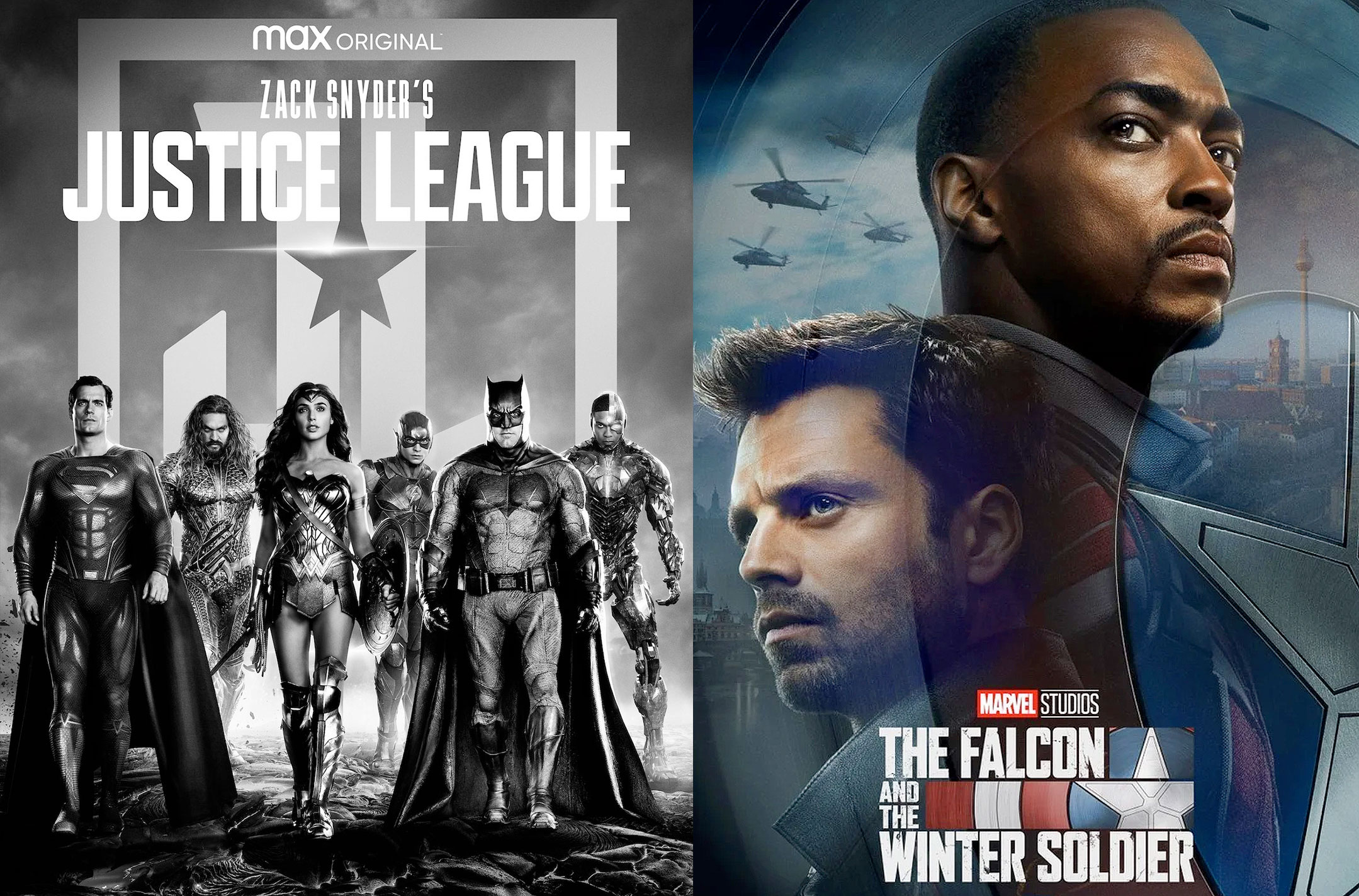 BIG SPOILERS FOR 1X01 'THE FALCON AND THE WINTER SOLDIER' AND 'ZACK SNYDER'S JUSTICE LEAGUE'.

Winner:
* ‘THE FALCON AND THE WINTER SOLDIER’. Falcon flying through the desert rescuing the captain from the helicopters.

Winner:
* ‘THE FALCON AND THE WINTER SOLDIER’. Captain America. Even if he wasn't Chris Evans. 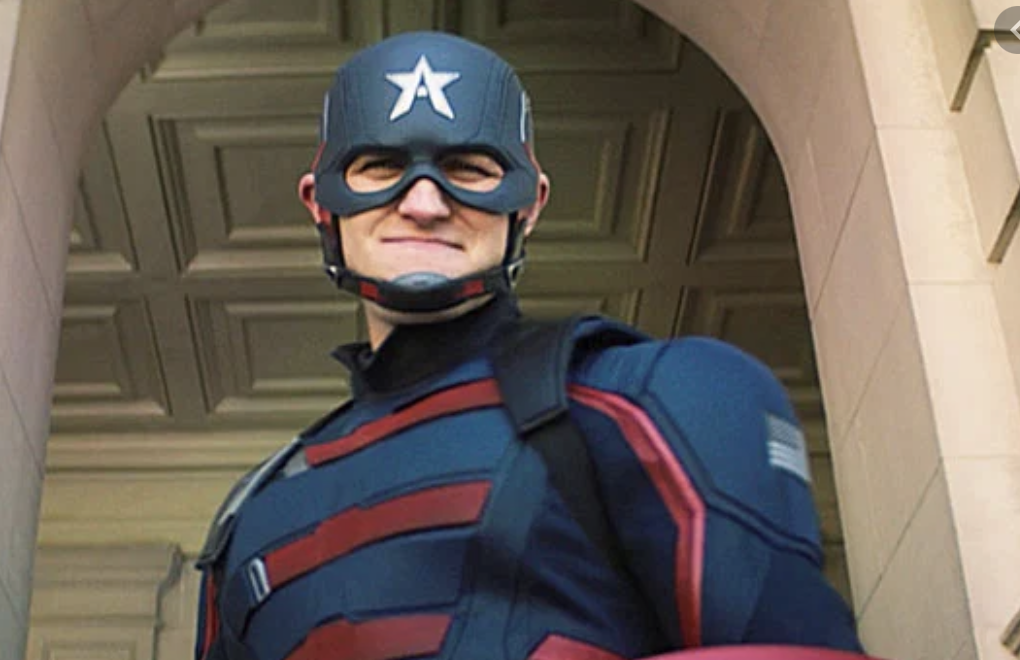 Runner-ups:
* ‘JUSTICE LEAGUE’. Man of Steel's theme when Superman uses the black suit.
* ‘THE FALCON AND THE WINTER SOLDIER’. The Winter Soldier theme when Bucky has his nightmare.

Winner:
* ‘THE FALCON AND THE WINTER SOLDIER’. Joaquin Torres. Cause he's basically an ONTDer. Going into message boards and reading Captain America rumours.

Runner-ups:
* ‘THE FALCON AND THE WINTER SOLDIER’. A new Captain America chosen by the govermennt.


➡️ Best use of pet tech as a useful fighting tool?

Runner-ups:
* ‘JUSTICE LEAGUE’. Batman's Nightcrawler. Although it was useless until Cyborg hacked it.

Winner:
* ‘THE FALCON AND THE WINTER SOLDIER’. Redwing. It did most of the work vs the helicopters.

Winner:
* ‘THE FALCON AND THE WINTER SOLDIER’. The bank dude. This modafucker denied a loan to that poor woman, even after he asked for a selfie.

Runner-ups:
* ‘THE FALCON AND THE WINTER SOLDIER’. Bucky waking up from his dream.

Winner:
* ‘JUSTICE LEAGUE’. Superman's entire fight after he came back to life.

Just watch both, they're both incredibly entertaining.

ONTD, did you watch JL or TFatWS?

With the touring industry and music festivals shut down for over a year now, we're all really missing concerts. Let's take a trip down memory lane and look at debut tours by some current and former pop queens.

Did any ONTD members get to see any of these tours? Have you ever been able to catch one of your faves on their first tour?

Kathryn Hahn's Been Here All Along: A Conversation With WandaVision's Secret Weapon https://t.co/AzZdj25tyq


More at the source! 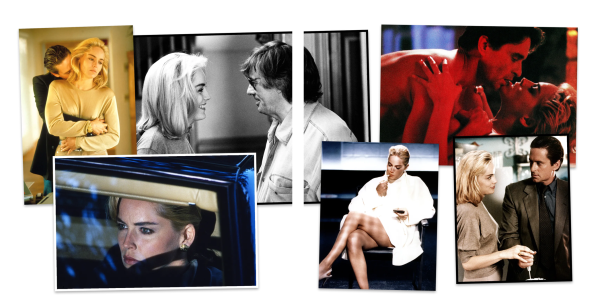 Sharon Stone's memoir, The Beauty of Living Twice, is out March 30th. In an excerpt shared with Vanity Fair, she opens up about her iconic role in Basic Instinct and the struggles she's faced as a "difficult" woman in Hollywood.

the whole excerpt at the source is a really interesting read, i might actually buy the book when it comes out. sharon has been through some shit!

- Seitan
verdict: would work a lot better with a high gluten flour and not the all purpose one tiktok uses

- "the" pasta
verdict: really depends on how you like feta

have you tried the tiktok pasta yet ontd?

Cassidy is auctioning the photos of herself, shot by celebrity photographers The Riker Brothers, on NFT marketplace Opensea.ie at a starting price of $18,000 per image.

Her collection, called “ME. SHE. WE.,” is dedicated to empowering women and describe how she learned to love herself again following divorce and the end of “Arrow.”

“After a year of quarantine, getting divorced and coming off a show for 8 years, I was forced to learn how to love myself and it’s the best thing I’ve ever done. I’ve never been happier and I encourage all women to prioritize themselves and learn how to love themselves first and foremost. You can’t love other people until you learn how to love yourself. It’s not always easy to look inward and it can be a hard journey, but it’s so fulfilling and empowering.”

Lana announced on Instagram today that she will be releasing a new album titled "Rock Candy Sweet" on June 1st in response to a Harpers Baazar article about the singer's recent behavior.

The article (linked here) criticized Del Rey for building up her career on cultural appropriation, her need to prove she's not racist by "tokenizing her friends and saying she’s dated rappers" which in turn just "reveals an insecurity about her own authenticity as a white artist, who has always juxtaposed her feminine, all-American glamor with darker-skinned people on the fringes of the American Dream".

In response to the article, Lana stated that she "wants revenge".

-When Patty Jenkins came aboard Wonder Woman she had to deal with already established characters (Wonder Woman) and fight back against storylines that were in motion for the first Wonder Woman film. One of those was the Amazons backstory.

-The original idea for the Amazons is that they'd be victims of rape before they ultimately escape to Themiscrya.

-Patty pushed back against this idea and according to Connie Neilson (Hippolyta) "And Patty just said, ‘Hm, no. No, no, we’re not gonna put that on those Amazons. We don’t want to start out seeing them as victims, and why would we? Let’s just get rid of that part and make sure that these are heroes in their own terms."

Ok, but what about Harry? https://t.co/kPXBWIso2E

SiriusXM asked him who his fave One Directioner is

"How about that? You want a quote?"

"Niall makes the best music. There you go."

As the Oscars approach, Be Kind Rewind takes a dive into Rita Moreno's career, her surprised Oscar win and what happened after. The video also talks briefly about other actresses like Dolores del Río and Rita Hayworth.

Check the video's description, as it includes links to several movies!

#FalconAndTheWinterSoldier Boss: Sharon Carter Has 'Evolved, Her Energy Is So Different' in Disney+ Serieshttps://t.co/H23FpIGosw

-One of the highlights for Falcon & Winter Soldier is bringing back Sharon Carter after she was screwed over in Capt: Winter Soldier & Civil War. She was meant to play a larger role in both films before she was replaced by Black Widow.

-Showrunner Malcolm Spellman states that we will see a more grown up Sharon.

-Sharon has "evolved" after being sidelined and snapped out of existence. (yet Disney+ doesnt even give her, her own "legends" episode)

-Believes that fans will LOVE HER.