ROYAL aides are braced for Meghan Markle to brutally expose her rift with Kate in her explosive interview tonight.

Meghan reportedly fell out with Kate in the lead up to her wedding to Prince Harry in May 2018.

A royal insider told the Sun: "If she has chosen to speak candidly about her time with Kate then the damage that could be done to the monarchy is vast.

“She has the power to lay bare just how bad things really were between her, Harry, William and Kate.”
source

So, Jameela has some thoughts on the Meghan/Harry scandal.

First, she trashed the royals for bashing Meghan in the media:

IF THIS IS WHAT THE ROYAL FAMILY IS COMFORTABLE DOING TO A HEAVILY PREGNANT WOMAN PUBLICLY.... can we even IMAGINE what they put her through privately? They seem terrified. Her interview hasn’t even aired yet. What are they covering up? The stench of their desperation is rotten.

Then, she came up to defend Harry and remind all of us that he used to be an ONTD Boyfriend back in 2011, i mean, that he used to represent rebellion towards the Royals:

BREAKING: In a Q&A Céline Sciamma gives a shout-out to #WandaVision as a perfect example of how cinema cannot exist without the viewer, how cinema is a collaborative experience with the viewer. She calls Petite Maman her “most audience-inclusive film” #Berlinale


+ While promoting her most recent film Petite Maman, Céline Sciamma (Portrait of a Lady on Fire) surprised some fans by citing “WandaVision” as one of the cultural events that had captivated her in recent weeks. 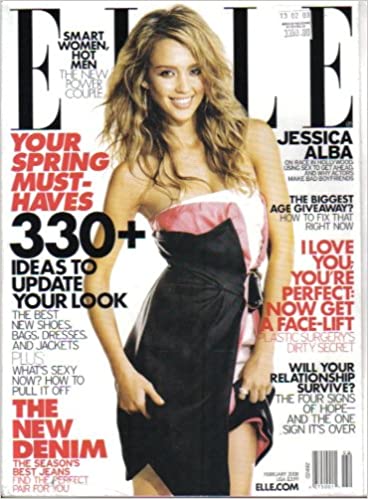 Welcome to another Notorious Celebrity Interview! This time, it's Jessica Alba's glorious hot mess of a profile in Elle Magazine. In 2008, Alba was an up-and-coming bombshell who was starring in The Eye and The Love Guru. This interview sure did not help her chances of becoming a ~serious~ actress. Some of it was her own quotes, but a lot of it reflects the misogyny of men in the industry. 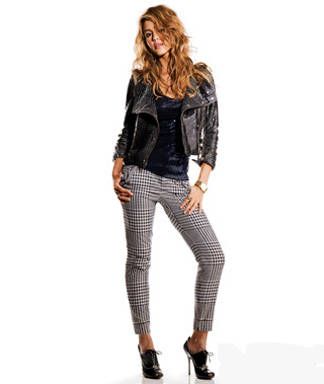 Mods, this was a very long profile, so these are only a few major quotes.

Open to: All, detailed results viewable to: All. Participants: 154

When he said he was going to post more content this time around i didn't think it was going to be this much! He also did a free concert on Vlive for like an hour performing in his lounge room

Over the past year, Take That's Gary Barlow has been posting a series titled "Crooner Sessions" on social media, where he duets with other singers over video calls. His latest collab is with Darren Hayes. Since the promo for his 2011 album "Secret Codes and Battleships" ended, Darren has only sang in public a couple of times, making this a rare and much appreciated opportunity to hear his amazing voice. The song they're singing is the hit single "I Knew I Loved You" from Savage Garden's 1999 album "Affirmation".

This was such a delight. Thank you Gary for making me smile. https://t.co/WOfV6fGxG1

Raya and the Last Dragon topped its debut weekend with $8.6 million, a solid opening but down from the $14 million Tom & Jerry was able to pull off last weekend without NYC theaters being opened. T&J grossed $6.6 in its second week.

Theaters in NYC are back open but the box office will only see about $10 million improvement over last week. 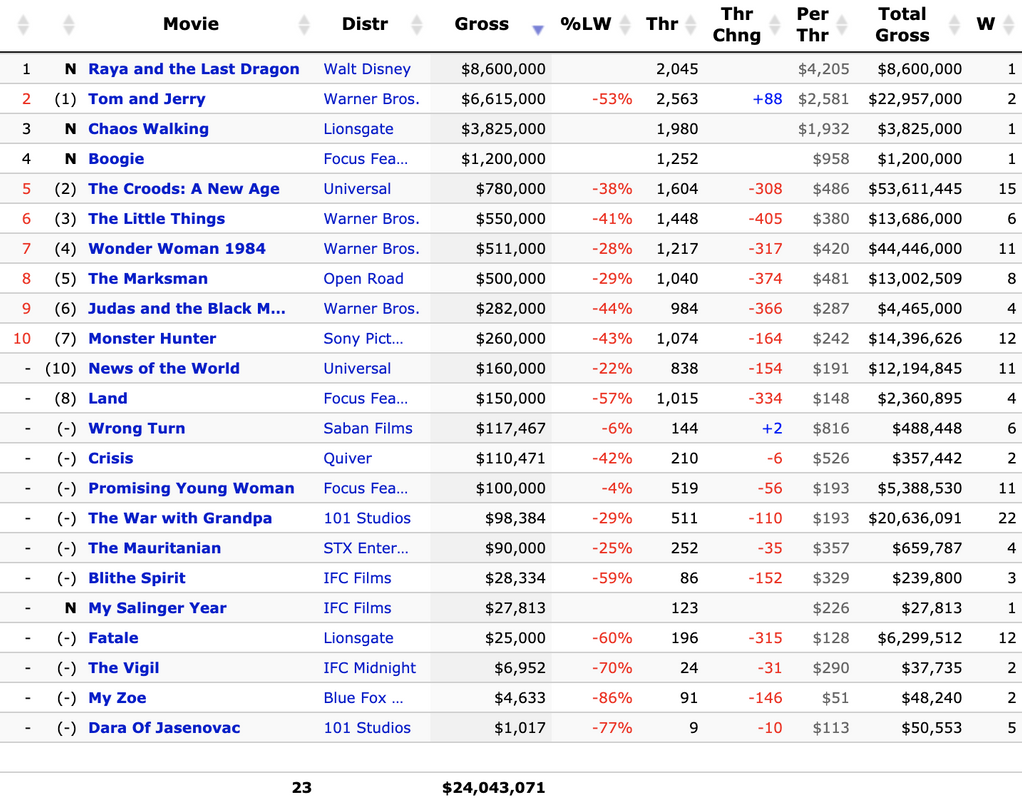 I wrote about coming of age in the 2000s, and the blatant and horrifying misogyny of that era, for @guideguardian https://t.co/YLG1NXObG9

tl;dr: it sucked, we just did not realize it then

Media was horrible to young women like Lindsay Lohan, Paris Hilton or Britney Spears and no one saw anything wrong with it

Gossip columnist Ben Widdicombe traces it back to 9/11: “When we recovered from the shock, editors said: ‘We need a picture of a beautiful young girl on page 12, and we need to know who she’s dating, and what parties she’s going to.’”

podcast host Simran Hans: “It was a reaction to the third wave of feminism in the 1990s. We’d had the rise of ladettes and this reclaiming of being a ‘boy’s girl’. The 2000s felt like a punishment for women trying to get in on the act.”

on the dangerous size zero trend; “I remember constantly reading headlines about how Charlotte Church was a size 12. Diet culture was so pervasive, and wasn’t yet tied up with wellness, and pinkwashed into something ‘feminist’ and acceptable.” Emerging from the toxic swamp of 2000s diet culture as a teenage girl without an eating disorder was a real challenge. “

Will you be attending / watching?

Watch a clip of Tom Cruise speaking Spanish. He sent some words (in Spanish) to the 35th Goya Awards, which took place yesterday in Spain. Hilaria Baldwin is shaking...

* Mads Mikkelsen reuniting with Daniel Craig on Zoom to talk about Casino Royale;

* Mads Mikkelsen reflects on Casino Royale's infamous naked chair scene, in which his character tortures Daniel Craig's James Bond: "It was a wonderful day for me—you, maybe not so much!";

really didnt have “the banjo player from mumford and sons being a fascist” on my radar but i guess we’re here now. https://t.co/pzolKu5y9Q

When Andy Ngo was attacked in the streets by Antifa in the summer of 2019, most people assumed it was an isolated incident. But those who'd been following Ngo's reporting in outlets like the New York Post and Quillette knew that the attack was only the latest in a long line of crimes perpetrated by Antifa.

In Unmasked, Andy Ngo tells the story of this violent hate group from the very beginning

The book's blurb is by Tucker Carlson

If you are not familiar with Andy Ngô, his wiki is a lot

Oprah with Meghan and Harry: A Primetime Special airs tonight at 8/7c on @CBS. #OprahMeghanHarry pic.twitter.com/hHFppSFrW8

🗣 any streaming links for non-US please drop in comments

Britain’s Royal publicity machine “leaked” news of Meghan Markle being a bully. What a joke! It seems it’s been just the opposite. Don’t forget to watch the “Oprah Interview” with Harry and Meghan tomorrow night.#CBSSunday

Hurricane is back to represent Serbia for Eurovision 2021

Italian band Måneskin won Sanremo's Festival, this means that they will be representing Italy at next Eurovision Song Contest 2021 with song "Zitti e buoni".
I really love them because they make a genre of music that does not have much representation in italian music, I love Damiano's voice and they are really, really young and so talented, I thought to introduce them here

Måneskin (danish for 'moonshine') is composed by vocalist Damiano David (21), bassist Victoria De Angelis (20), guitarist Thomas Raggi (19), and drummer Ethan Torchio (20). Victoria is half danish, that's why they chose a danish word for the band's name
The band's member all are very young and met in high school in Rome. They became famous in 2017, when they placed second at italian's "X-Factor 11". Back then the lead singer was 18 and all the other members were underage

Fashion historian Raissa Bretaña fact checks the historical accuracy of the costumes in Netflix’s The Queen’s Gambit. She analyzes every aspect of Elizabeth Harmon's wardrobe from high school to adulthood. She also explains the evolution of each layer of the iconic styles of dress from the 1950s to the 1960s.

Do you like 50s - 60s fashion?? // how important do you think it is to have accurate (historical) fashion in tv/film??

10 Shocking Oscar Snubs and Surprises From the Last 10 Years https://t.co/P8TPgSVfXY


Variety's 10 snubs and surprises over the last 10 years that were and most likely still shocking, I will be only 5 of the ten.

Previous winners can often make a sneak into the acting categories, and Javier Bardem was able to do so over the likes of Robert Duvall (“Get Low”) and Ryan Gosling (“Blue Valentine”) for Alejandro González Iñárritu’s foreign language nominated film “Biutiful” from Mexico. One of the eyebrow raisers was Andrew Garfield’s omission for one of the best picture frontrunners, “The Social Network” from David Fincher.

Bennett Miller was the first filmmaker to be the lone director nominee in the expanded best picture era for the darkly rich “Foxcatcher.” Joining a list that includes Stephen Daldry, Miller’s first three feature films have received a best picture or director nomination – “Capote” (2005), “Moneyball” (2011) and “Foxcatcher.” While exciting, many felt nothing but heartbreak for Jake Gyllenhaal, who, despite receiving nods from BAFTA, Globes and SAG, was egregiously left off the best actor list for Dan Gilroy’s “Nightcrawler.”

What did you think of the interview, ONTD? Do you think Charles will smother Philip with a pillow in the morning while William and Kate watch the door?
Post the best jokes and memes you've seen!

This post is brought to you by known anti royalist icon, Josh O'Connor.