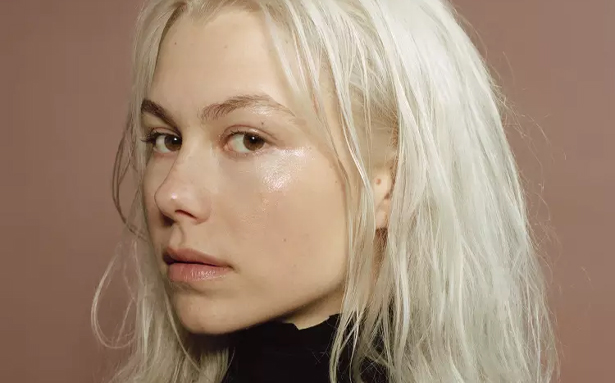 Singer-songwriter Phoebe Bridgers took to social media today to voice her solidarity with the growing list of women who have accused Marilyn Manson of abuse and share a disturbing Manson anecdote of her own.

In a tweet, Bridgers recalled, "I went to Marilyn Manson’s house when I was a teenager with some friends. I was a big fan. He referred to a room in his house as the 'rape room,' I thought it was just his horrible frat boy sense of humor. I stopped being a fan."

Bridgers, who makes her Saturday Night Live debut this weekend, also took to task the multiple individuals in Manson's orbit who stood silently by as he committed the alleged abuse. "The label knew, management knew, the band knew," she wrote. "Distancing themselves now, pretending to be shocked and horrified is fucking pathetic."

-Olivia Rodrigo makes her late night debut with her hit "Drivers License" on "The Tonight Show".

Shotgun Wedding will follow Darcy (Lopez) and Tom (Duhamel) as they gather their lovable but opinionated families for a picturesque destination wedding. Shortly after their arrival, however, the couple get cold feet and a dangerous hostage situation heats up the tension.

Jennifer Coolidge and Sonia Braga will play the groom and bride's mothers respectively.

The Moolight Edition features 4 new songs called "We're Good", "That Kind Of Woman", "If It Ain't Me" and "Not My Problem featuring JID)".

Is it spring yet?

The aespas appear for exactly 9 seconds.

Gen Z has decided to come for skinny jeans, and though millennials have been lenient in counterattacking when it comes to other things (such as declaring a side part to be passé and the middle part being where it’s at), they have decided to resist the z assaults and retaliate.

The battlefield was TikTok. According to noted fashion photographers and self proclaimed fashion gurus of TikTok, everybody should swap them out for baggy jeans immediately, lest we appear old, with some of them choosing death over wearing the now turned infamous staple of the past 20 years.

But millennials aren't taking this skinny jeans defamation calmly, pointing out that baggy jeans don't accentuate as skinny jeans do, giving a sloppy silhouette to guys and gals and some even claiming that gen z only hates skinny jeans, in the case of women, because they’re not yet fully grown and will get it eventually. Another point was that you cannot have your shoe game on point with bootcut or baggy jeans and that low rise and bootcut jeans gave PTSD to a whole generation, vowing to never come back to them.

In 1 month, Disney’s Raya and the Last Dragon arrives on March 5. Tickets now on sale or order it early on Disney+ with Premier Access. 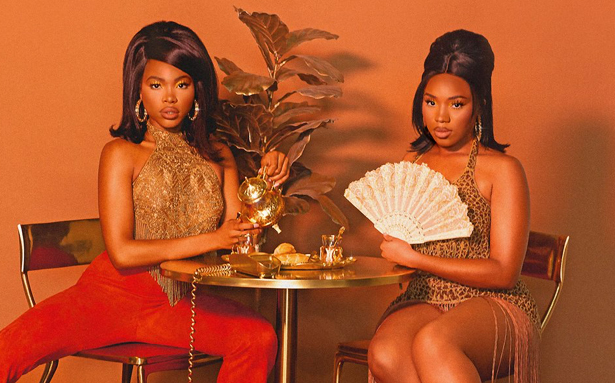 Open to: All, detailed results viewable to: All. Participants: 118

Ontd are you going to watch

Dannielynn Birkhead, daughter of the late Anna Nicole Smith is making a rare appearance with her father in the upcoming documentary Tragic Beauty.

The now 14-year old shares an almost identical resemblance to her mother who tragically died from an accidental overdose 14 years ago in 2007.

The trailer for the special teases the pair's journey to visit the most influential places in Smith's life for the first time, including her hometown of Mexia, Texas.

Armie Hammer has been dropped by his agency WME. (via @THR) pic.twitter.com/GIvbXHfcHx

Armie Hammer’s Hollywood Career Is in Freefall as Sex Scandal Explodes on Social Media and now Hammer has been dropped by his agency WME.

- "The series will explore the scandals behind the couple’s relationship including the accusation of sexual abuse against Allen involving Dylan, his then-7-year-old daughter with Farrow; their subsequent custody trial; the revelation of Allen’s relationship with Farrow’s daughter, Soon-Yi; and the controversial aftermath in the years that followed."

- There will be "in-depth interviews on the subject with Mia Farrow, Dylan Farrow, Ronan Farrow, family friend Carly Simon, prosecutor Frank Maco, relatives, investigators, experts and other firsthand eyewitnesses – many of them speaking publicly about the events for the first time".

- Also they'll be "prominent cultural voices exploring Oscar winner Allen’s body of work in a broader context and reflecting on how public revelations about the personal lives of artists can lead to re-evaluations of their work".

- It'll premiere on on Sunday, February 21

Here's the teaser trailer below

Luke Evans hit the beach in the one Covid-19 free part of the world, Australia, showing off his new leg tattoo in the process.

He has been there shooting an upcoming television show.


ONTD do you wear sunscreen?

For the first time, a WandaVision episode interspersed scene from outside Westview during the "WandaVision sitcom"

[Spoiler (click to open)]Wanda's twins Billy and Tommy rapidly age from newborns to 5 year olds, and then to 10 years old.
SWORD director Hawyard (I knew he was no good) sends a drone into Westview to kill Wanda but Wanda, like the boss bitch she is comes out of Westview, throws the drone at his feet and warns him not to interfere with "her home"
Vision starts figuring out about the illusion and challenges Wanda who tells him that she is not the only one in control of Westview.
In the final scene, Pietro (as Evan Peters) shows up at Wanda's door and Darcy watching all of this on a TV remarks "she recast Pietro?"

this scene will forever be iconic pic.twitter.com/nk9qJ1vcge

For the uninitiated, Wonho is a South Korean 'Idol' and was a former member of the boyband 'Monsta X', check out his debut single Open Mind by clicking here
( Collapse )

I feel sucked in, i bought all 3 versions of the first album and I already pre-ordered these.

The Super Bowl is about more than watching the big game. Let's take a look at the best Pepsi Super Bowl commercials ranked.

Chris Pratt's brother, Sgt. Cully Pratt, works for the Solano County Police Department. His side hustle is carving symbols associated with the three percenters, which he sells to his co-workers and other public sector employees. For the uninitiated, the three percenters are a far-right militia extremist group whose members were spotted at the Unite the Right rally and more recently at the January 6th attempted coup. They played a role in organizing the insurrection. His Instagram, now private, includes tags like "black guns matter" and "3percenter," leaving no room for doubt of his thoughts on BLM and Black people in general.

Here's the worst Chris pictured wearing the Betsy Ross 13 stars, a symbol that has been adopted by various white supremacists including the three percenters.

Chris Pratt has also at times been seen with his brother and Stockton wearing symbols favored by the Three Percenter movement. 8/x pic.twitter.com/dzb71AU0tx

UPDATE: Kathy Griffin has a photo of him Sgt. Pratt at her house for a bbq. Chris Pratt brought him as a plus one, I guess. Thanks

Ugh. I know this guy. He and Chris came to my house a few years ago for a bar b que. A Three Percenter now??? 😱😢😱 https://t.co/DMlrkaOYfT pic.twitter.com/ijVVc55lZE

I heard my friends on Twitter were asking about my cousins around the world! It’s true, I have a lot of bird cousins in different countries. Here’s a little bit about them:

A few days ago, Twitter users began posting about international versions of Big Bird from that country's version of Sesame Street. Big Bird  decided we needed to be properly introduced to them, so he posted this Twitter thread of his family spread around the world in countries like Mexico and Portugal. A much needed boost of seritonin was provided with this

This is Abelardo, he’s from Mexico. We reunited in California last summer during my road trip! pic.twitter.com/FSg4sfPL3T

Ty and Wes had their final aftershow for S5, with Dominique Tipper and Steven Strait. For those interested they're continuing the podcast and going back to the very beginning, to discuss S1.

Some highlights:
[Spoiler (click to open)]
* By the time Naomi gets to the Chetzemoka for the second time, she had gone off on her own and had failed to save Filip, which was an emotional and naive decision. It doesn't seem right to her that her family will die to save her, she doesn't think it's fair or worth it. She feels guilty, she's tried everything, going out the airlock is a last resort to try and save Alex.

* They talk about the storytelling reason to kill off Alex, ignore the elephant in the room and pretend this wasn't something they've cobbled together in post production (there's proof Alex was in certain scenes at the end and was edited out, on top of ADR and reshoots). Ty says it's a war story and it only matters if there's a price, that people are willing to make a sacrifice for a higher cost. He mentions Fred's death from a stroke in the books and that there's a tragedy and sense of pointlessness to dying in a chair on a ship burning too hard, rather than dying by charging a machine gun to save your friends. But it doesn't make it less of a noble sacrifice, it's the kind of loss that's endemic to war.

* Alex did what he thought was the most important thing he could be doing in that moment, in spite of the risks and then paying the price. That's the sacrifice of war and they wanted that moment, it was something they've talked about since day 1 in the writers' room.

* Steven talks about the scene where Holden and Naomi listen to the message and how there's a lot going on in that scene. There's a tragic sense of loss, but also relief at having Naomi back. There's poetry in the one dying for his family being the one who abandoned his family (on Mars) and tried for two seasons to reconcile the family he left behind. Like any loss of family member, there's a piece of you missing and a hole left behind. But they're at war, Holden understands the reality of that and the macro perspective. As long as Naomi is close, as long as his family is close, they'll be fine, even if they die together or for each other, it's what's most important to him.

I needed happy Naomi in my life after this season. What did you think of S5? Are you ready for it to maybe be over after next season?

As the world shut down, Instagram's real-life Gossip Girl rose from the ashes of gossip and boredom. Though, through months of breakups, makeups, and random encounters, the biggest blind item of all still remains: Who is deuxmoi? https://t.co/LDFULMxsfa

Maureen O’Connor did a big profile on @deuxmoi, some interesting tibits:

- the secret account runner used to run deuxmoi as a not very succesful fashion account, than pivoted to gossip during the NYC stay-at-home order

Their song, Boombayah, has hit a billion views on YouTube, becoming the first K-pop debut music video to do so.

"To date, BLACKPINK are the only K-pop act to have three music videos sitting above the 1 billion mark."

Christopher Plummer Passes Away At 91; ‘Sound Of Music,’ ‘All The Money In The World’ Star A True Hollywood Legend https://t.co/CQ95MtpzoD

Lou Pitt, his longtime friend and manager of 46 years said;

“Chris was an extraordinary man who deeply loved and respected his profession with great old fashion manners, self deprecating humor and the music of words. He was a National Treasure who deeply relished his Canadian roots. Through his art and humanity, he touched all of our hearts and his legendary life will endure for all generations to come. He will forever be with us.”