The record was previously held by TROLLZ, which fell 33 spots from #1.

Taylor Swift’s "willow" posts the biggest fall for a #1 debut in Hot 100 history.

#WW84 fell 67 percent in its second weekend of play domestically, a hefty drop for the holiday weekend even with the pandemic https://t.co/hmz6JYtG9z pic.twitter.com/ErHdmZITWL

Wonder Woman 1984 rung in the new year at the box office but fell 67% from its debut last week to gross $5.5 million. It has earned $28.5 million domestically.

Next weekend's major release is awards contender Pieces of a Woman with Vanessa Kirby. It drops Thursday on Netflix.

Just another excuse to discuss the show

So, yesterday my daughter (9) was hungry and I was doing a jigsaw puzzle so I said over my shoulder “make some baked beans.” She said, “How?” like all kids do when they want YOU to do it, so I said, “Open a can and put it in pot.” She brought me the can and said “Open it how?”

Have you seen Bean Dad trending on Twitter today?

John Roderick is a musician (The Long Winters, Harvey Danger), and podcaster (Roderick On The Line, Road Work, Omnibus, and Friendly Fire). He's also the father to a nine-year-old daughter, and yesterday on Twitter, he decided to share what I'm assuming he thought was a hilarious anecdote about what an amazing father he is.

His daughter was hungry, so he told her to make a can of baked beans. She did not know how to open the can, and he realized that he'd never shown her how to use a can opener. Fair enough! They can be fiddly buggers. But instead of telling her how they work, or showing her how they work, he gave her this "Apocalypse Dad" speech:

I said, “The little device is designed to do one thing: open cans. Study the parts, study the can, figure out what the can-opener inventor was thinking when they tried to solve this problem.” (The can opener is also a bottle opener, but I explained that part wasn’t relevant.)

UPDATE: "Bean Dad" is actually too nice of a name for a guy who describes himself as a "student of H*tler" and casually uses the N-word and many other slurs as seen in the screenshots here.

UPDATE AGAIN: He deleted his Twitter and MBMBaM have announced that they're no longer using the theme song he wrote for them.

I don't remember the episode, but it's vaguely Christmas-reminicent. And if you don't know what "Chowder" was, period, well,
In Marzipan City, the young, excitable food-loving Chowder is the apprentice of Mung Daal, a very old chef who runs a catering company with his wife, Truffles and assistant, Shnitzel.

The entire credits list is here. I only knew about it because I follow one person who helped animate it. It's, uh, surreal? even for the show it's based upon, but why the hell not, it's neat.

In a one-hour phone call on Saturday, Jan. 2, 2021 with Georgia election officials, President Trump insisted he won the state and threatened vague legal consequences if the officials did not act. #TrumpTapes started trending on Twitter after the audio leak.

Trump supporters and the @GOP knowing the President used a Q-Anon conspiracy theory to pressure the Republican @GaSecofState to falsify election results and "find" 11,780 votes: pic.twitter.com/zhR2iPZ8zy 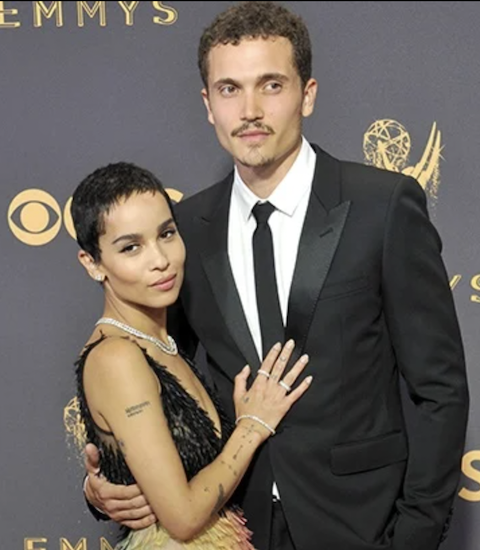 It's a public breakup! You know what that means: veiled social media posts. This edition is Zoe Kravitz and Karl Glusman.

zoe kravitz posting this the same day that her divorce was announced pls 😭 pic.twitter.com/89cHBReOKy

Seems like pretty obvious shade toward Glusman. Meanwhile, he posted a picture of his wounded leg and captioned it, "BUT I'M LIKE--" This isn't clear whether he's just showing off a gross injury or referencing feeling wounded. Maybe both!

Under a cut, bc the picture is gross.

do you ditch people once they don't serve your greatest and highest good? 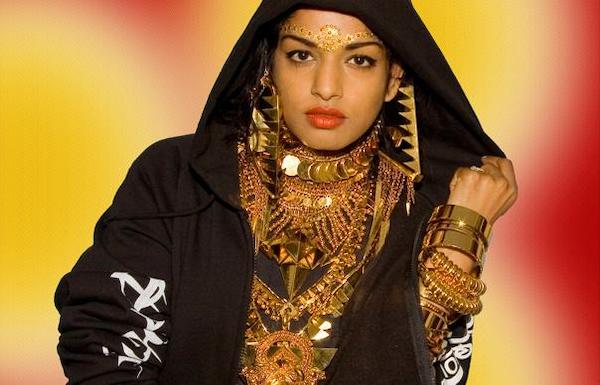 The author, Lynn Hirschberg, has a notorious reputation due to these profiles. Love and Cobain accused her of exaggerating, fabricating and falsifying information to create a juicy piece. M.I.A. accused her of the same... and also leaked Hirschberg's phone number because she was so furious after this article. 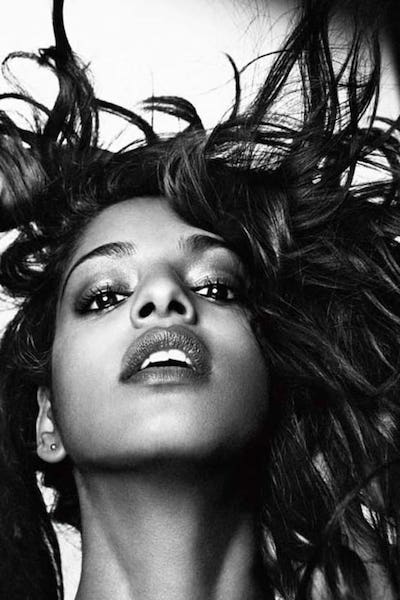 Mods, the whole article is 8,500 words, so these are only a few excerpts. 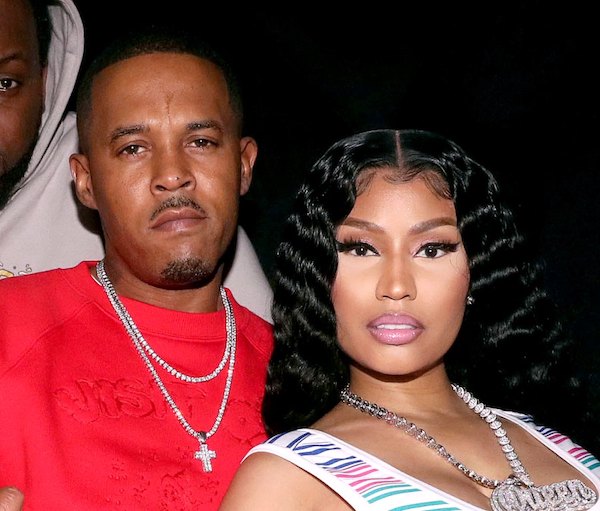 Media outlets have been publishing a bunch of positive stories about Nicki Minaj because the rapper recently released some pics of her new baby. Why? Because she released those photos to distract from something much darker: Her husband's victim, pleading for an end to the harassment from Nicki's fans.

Kenneth Petty is a convicted sex offender who was charged with raping a teenager at knifepoint. Nicki's fans have been constantly tormenting the woman and her family members. The survivor recently posted a video in which she begs for peace.

She also revealed that she has spoken to Nick personally and that someone from her or Petty's camp offered her $20k to recant her story.

BAEKHYUN has premiered the music video for "Get You Alone," the title track off his eponymous Japanese mini album dropping January 20.

Doctor Mike who? IG account @GaysOverCovid is calling out several Gay YouTubers and Gay IGers are being called out for telling people to wear masks a few months ago but now they traveled to Puerto Vallarta to be in Gay Circuit Parties with cero protection.

Jake Grez is one of them. He's a nurse in Chicago and legit cried for people to wear masks...

ONTD, are you partying in Puerto Vallarta?

Released in Feb 2011, Born This Way went to #1 and garnered comparisons to “Express Yourself” by Madonna and “Waterfalls” by TLC.

For each song I will include a random memory/fact from the song, comment with your own!
[Spoiler (click to open)]


Superbass was a bonus track on the album Pink Friday which was released in 2010, but the song had such good reception that it was released as a single in 2011, which is difficult to get, not all bonus tracks have that. White girls and gays everywhere thought it was impressive to film themselves singing/rapping this song.


We Found Love by Rihanna was released back in the glory days when she would drop a massive new single every Sept. OP thinks We Found Love still sounds fresh a decade later.


On The Floor by Jennifer Lopez and Pitbull was released in February 2011. OP recalls being bemused by the songs massive popularity since J Lo hadn’t had a hit in a minute, a user on ONTD pointed out her judging position on American Idol helped put her back on the scene.


We Are Young by Fun was released in Sept 2011 and OP recalls seeing the song used prominently on Glee and being like the fuck is this? I had never heard the song until it was on glee.


Price Tag was released in January 2011 and while Jessie J went on to release a cute little pop song called Domino, OP recalls price tag as being one of the worst songs of all time. I remember something noteworthy about her and snl so I googled it and apparently it was her first US performance so it was impressive to debut on SNL. Former bi-sexual queen.


Love you like a love song by Selena Gomez & The Scene was released in June 2011 and remains a certified pop bop. OP remembers some gentle controversy where pop star Pink called out Selena for having a horse dyed Pink in the music video. Selena and her team ended up cutting the horse from the video.


You couldn’t go to a club in 2012 without hearing Levels which was released by Avicii in late 2011. The song featured vocals from the great Etta James.


Blow by Kesha was released in 2011 and has a delightfully weird music video featuring the thick bottomed James Van Der Beek.


Hold it against me by Britney Spears was released in January 2011, a great way to kick off the new year. OP thinks the album Femme Fatale is underrated.

What songs speak to you from 2011, ONTD? For me some of these songs I’m like I can’t believe that was ten years ago, whereas others deff feel a decade old.

RIP #TanyaRoberts, That '70s Show and Charlie's Angels Actress, Has Passed Away at 65 https://t.co/YqKRyz54mS

Tanya Roberts, best known for her role as Donna's mother on "That 70s Show" and as Julie Rogers on Season 5 of the original "Charlies Angels" TV series, has passed away at the age of 65. Her family stated that she collapsed after a Christmas Eve walk with her dogs; she was hospitalized and on a ventilator, but did not recover. A cause of death is not known at this time.

so who did not survive the show:


well that show was a mess. discuss!

After set photos of the Gossip Girl reboot leaked last year, HBO Max is now giving us a first official look at the cast as well as their "traits" (read the captions).

Set eight years after the original website went dark, Gossip Girl features a new generation of New York private school teens are introduced to the social surveillance of Gossip Girl. The prestige series will address just how much social media - and the landscape of New York itself - has changed in the intervening years.