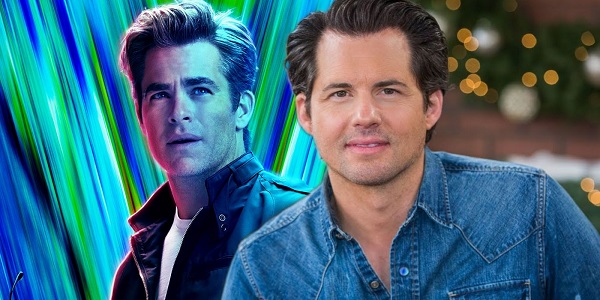 In case you are not caught up or haven't watch Wonder Woman 1984 yet, [spoilers]in the movie Diana's first love Steve Trevor, who died some 70 years ago, returns in the body of some other guy (played by Kristoffer Polaha) when Diana wishes for him to return on the "Dreamstone", a wish granting gem. The film acknowledges that Steve has only returned in spirit and this is the other guys body, but for the rest of the movie we see Steve's face not Kristoffer Polaha, because that's how Diana sees him. We get no explanation why this random guy was picked for Steve's spirit to inhabit nor do we find out his name (he is referred to as "Handsome Man" in thje credits), but we are shown that "Handsome Man" was still alive and had a life of his own. A little later in the movie Diana has sex with "Steve" while it's still the Handsome Man's body (which many people online have called rape).

In the 3rd act of the movie, Diana renounces her wish and Steve disappears. In the final scene of the movie, Handsome Man returns and Diana flirts with him.

On Twitter, some random with 170 followers tried to defend what was basically Diana raping "Handsome Man" by saying Patty Jenkins was (1) "playing with the trope" in some 80s movies that basically treated what was rape as a joke. And (2) when Diana renounced her wish and made Steve disappear, Handsome Man got unfucked.

New Year, New Meme. During her New Years Rockin' Eve performance Jennifer Lopez gave the crowd and all of us a little more than expected.


[Bonus: Mariah Carey Interviewed During Her Live Performance]Also CNN happened to be interviewing Mariah Carey during Jennifer's live performance and things got a little silent... aka I Don't Know Her (The Awkward Remix).

Another 10-task challenge. You obviously don’t need to do all 10 tasks, choose as many as you want, but I figured it gives you some variety and allows you to pick and choose movies that fit your taste but also maybe lead you to watch something you wouldn’t normally seek out. For each task, you can pick whatever movie fits within the guidelines, I've added links to help you out. I tried to add tasks that would allow you to get movies on Netflix, Amazon Prime, and/or Hulu – but there’s also Kanopy and Hoopla (both of which you can get free access through your library or university). Have a different movie for each task – that is, don’t have the same movie for task 2 and task 6.

ONTD, what do you plan on watching this month? What did you watch during the month of December?

Since Youtube did not make a Youtube Rewind for 2020, Youtuber 'MrBeast' decided that he would make it himself. And actual Youtubers are in it this time.

Celebrites took to social media to say goodbye to 2020 and say hello to 2021.

While promoting her HBO Max series The Flight Attendant on The Kelly Clarkson Show, Kaley Cuoco swapped hilarious blackout stories with the Emmy award-winning talk show host. Luckily, no one was found murdered in a hotel room as a result. Check out their stories in the clip below.

-Kaley talks about blacking out after drinking sake after a horse show and waking up the next day in her full riding outfit on the couch.

-Kelly recalls the aftermath from a trip to the dentist which resulted in multiple jewelry purchases she didn't remember making and going to rehearsal with her band and apparently not recognizing them playing her own music ("That ain't my song" ).

-They also discuss tattoos and Kaley admits she has a tramp stamp, which apparently is coming back in style.

Any fun blackout stories, ONTD? I went on a cruise with friends last year and apparently got so drunk one night I was quoting Real Housewives franchises and trying to start fake drama with them. My go-to line was apparently, "I know what you're doing...do not do this to me!" every time they would try to talk to me.

The Office has released the deleted cold open from the series finale, where Dwight is pranked into thinking he’s inside the Matrix, to celebrate the show moving to NBC’s Peacock streaming service.

The clip is dedicated to Hugh Dane (Hank the security guard), who passed away in 2018.

Time to ring in the new year in the most badass way possible. Season 3 of #CobraKai is now ssssstreaming. Get to it! 🤘 pic.twitter.com/kY9KJtQqWT

Missed the concert cause unlike OP you were able to celebrate NYE or prioritised sleep? No problem, SM left it up on twitter to rewatch!

[SHINee is back]During the concert SM also officially annouced SHINee will be back in 2021! 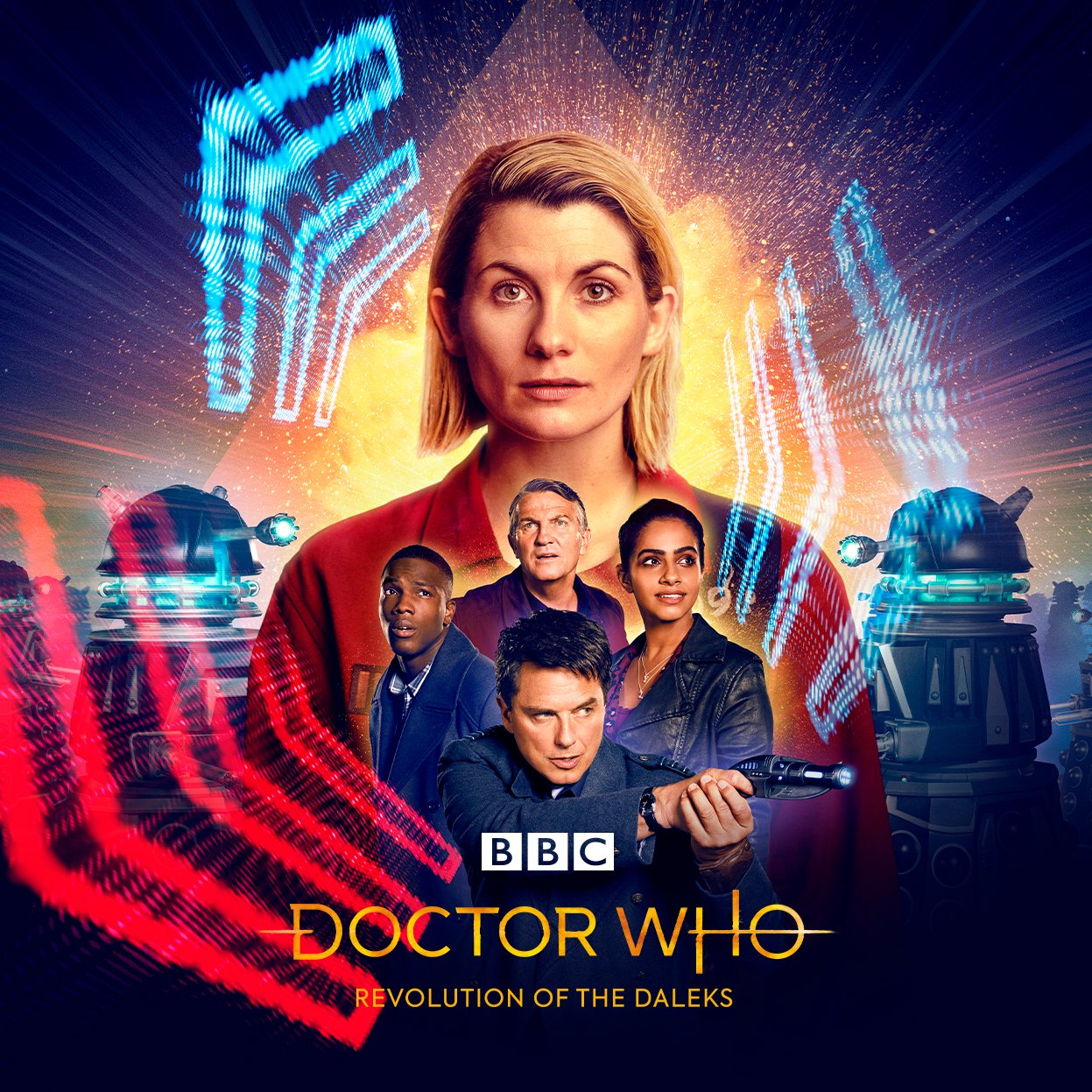 [Spoilers for REVOLUTION OF THE DALEKS]

Doctor Who just announced John Bishop is joining the show as DAN, a new companion in the show. He'll be joining the doctor (Jodie Whittaker) and Yaz (Mandip Gill).

Read more about the next chapter of Doctor Who here: https://t.co/wd2GedZFf5 pic.twitter.com/NgbJnXLeuB


Welcome to the TARDIS… ✨ pic.twitter.com/WgpnYiweqR

- Bradley Walsh (Graham) and Tosin Cole (Ryan) left the TARDIS at the end of the Special since they wanted to face adventures on Earth. The doctor gave them some psychic paper so they could go on their own adventures.
- Also, after saving the Doctor from space prison, Captain Jack (John Barrowman) decided to stay on Earth as well and join Gwen Cooper, whose child fought Daleks during the Dalek invasion of the episode.
- There's speculation that Captain Jack, Gwen, Graham and Ryan would lead a new season of Torchwood.

Every year on January 1st ~news agency Dispatch (South Korea's equivalent to paparazzi) reveals a celeb couple. This year it's Son Ye Jin and Hyun Bin, who recently starred together in the hit kdrama "Crash Landing On You". Though they've been rumored to have been dating since they starred together in the film "The Negotiation" (and got caught grocery shopping together in the US), according to Dispatch's report they have been dating for 8 months. Article has more details about them developing feelings and playing golf lol. This is the first time Son Ye Jin is confirming a relationship and she's also posted a qt letter on insta wishing fans a new year and telling them she's thankful for having met a good person and that she'll tend to the relationship with care.

Vox ranked all 23 Pixar movies, from worst to best:

EDITED: List has been updated!
(According to the OP)
The new year is finally here, so its time for the annual 25 30 best Kpop songs of the year, here are the rules:
One title song per group (needs to have an official MV)
One song per group (Including sub-units, solo releases...to have more variety)
Sooo this means for example: if Kai was to be here, Exo or Super M could not be part of the list,BUT Super M could be here with NCT (even though they share Taeyong, because they are two different groups), with that said, sorry if anyone gets offended or butt hurt (Disclaimer I'm a girl group stan)
Here's the list from
2018
2019
With that said.. LET'S START!

30. VeriVery- Lay back
Boy group VeriVery kicked 2020 with their release "Lay back", the track has sleek choreography and smooth vocals.The MV is simple but it highlights the group's choreography nicely


29. woo!ahh! - Bad Girl
Rookie girl group woo!ahh! deliver one of the corkiest songs on this list. The electro beat mixes cheerleader-esque chants with a break that doesn't match the rest of the song but somehow it works pretty well. Also that MV? There's cats, a giant mouse, guns and a bunch of flashy images...fun!

I spent a lot of time on this post guys,
and i know there's going to be some people that are going to be mad, so, I'm sorry.
You guys are free to post your favorite releases of 2020,
and I hope you guys have a fantastic new year :)
and that your faves don't disband (RIP Gugudan)

-Batman Forever was the 3rd "modern" Batman film that came out in 1995, following Batman Returns. It would go on to star Val Kilmer as Batman, Chris O'Donnell as Robin, Tommy Lee Jones as Two-Face, Jim Carey as The Riddler, Nicole Kidman as Chase Meridian, Drew Barrymore as Sugar, and Debi Mazar as Spice. Joel Schumacher would direct and thus the first gay director to direct a superhero film.

-Tim Burton and Michael Keaton were originally due to return but after Batman Returns made less than Batman WB chose to get rid of Burton as they blamed the darker take on Batman as the reason why the film didnt succeed its predecessor. With a decision to take the franchise in a more "family friendly" route, Keaton ended up dropping out.

-With Keaton/Burton leaving the film it caused a domino effect of further casting changes. Rene Russo was originally set to play love interest Chase Meridian but once Val Kilmer was cast she was deemed to old and thus the role went to Nicole Kidman. Russo was 5 years older than Kilmer while Kidman is 8 years younger than Kilmer. Marlon Wayans was attached to play Dick Grayson/Robin but was let go in favor of Chris O'Donnell.

-Once filming begun they ran into multiple issues with Val Kilmer and Tommy Lee Jones. Schumacher called Kilmer "psychotic" and TLJ a troublemaker.

-Val Kilmer clashed with Schumacher to the point of refusing to speak to him for a solid 2 weeks during filming and allegedly ripping off his Batman cowl out of frustration. He allegedly went off on cameramen and first AD, costuming department, and created a hostile work environment whenever he was on set.

-Tommy Lee Jones was allegedly jealous of Jim Carey stealing scenes from him when they would film together and was thus very rude and unprofessional whenever they were around one another. Things escalated to the point where Jim Carey was approached by TLJ who stated " hate you. I really don't like you... I cannot sanction your buffoonery"

-After Batman Forever came out, it was deemed a success as it went on to make more than Batman Returns but Val Kilmer allegedly refused to return for the sequel as he felt anyone could play Batman and was not happy that Warren Buffets children appeared to be more impressed with The Batmobile than him when they visited set.

.@chrissyteigen, who has recently been vocal about her sobriety, took to social media Wednesday to explain her decision to quit drinking.@christicarras explains https://t.co/aCQJlhJoYh

in an Instagram story she recocmended Holly Whitaker’s self-help book,'Quit Like a Woman: The Radical Choice to Not Drink in a Culture Obsessed With Alcohol'

“One month ago, on my birthday, I got this book from my doctor and friend”

“I was done with making an a— of myself in front of people (I’m still embarrassed), tired of day drinking and feeling like s— by 6, not being able to sleep. I have been sober ever since and even if you can’t see yourself doing it or just plain don’t want to, it is still an incredible read.”

Two of the hottest Latinos in Space rang in NYE together, as seen in a photo snapped by Oscar Isaac's wife, Elvira Lind. She captioned the photo: “BEEEEYYYYY 2020👋🏼 – we’re done with ya".

The pic in question on Insta:

Rihanna responds to a fan asking her to release the album 💿:

Rihanna took to Instagram to set the record straight when a fan commented on her latest post, about the release of new music, telling the fan that inquiring about it is passé and to aspire for attaining maturity on this year of AC (after corona) 1.