'To be fair, we’ve all been subject to rapidly changing information during the global coronavirus pandemic… but some familiar faces went out of their way to display their ignorance. Vanessa Hudgens (High School Musical) was skeptical: “Even if everybody gets it, like, yeah, people are going to die, which is terrible… but inevitable?” Evangeline Lilly (Lost) refused to quarantine or socially distance herself. Rachel Griffiths (Six Feet Under) went out and got a manicure, despite the nationwide lockdowns. All eventually apologized… which proves that there’s still no vaccine for bad press.​'
( Collapse )

The happy couple Jordana Brewster and Mason Morfit were first linked in mid-July after she filed for divorce from her husband of Andrew Form, earlier this year. They seemed at ease after stopping in Brentwood Country Mart, where she strolled with her new love and enjoyed coffee.

popular country music bar 'legends' in nashville has a famous mural featuring 14 important voices in country music. taylor was recently replaced by brad paisley, despite her country success and the fact that she holds the title for most awarded country music album of all time (fearless).

ontd have you ever had your achievements brushed aside in favor of a man?


-Before Ariana Grande was number one on the charts, she was featured with singer Mika on his song "Popular" which contained lyrics from the song of the same name from Broadway musical "Wicked".Grande released her first album in 2013 and by 2014 had adapted a more mature look and sound that she retains today.


-Azalea was first approached to be a pop star,but she changed direction and became a rapper.


more under the cut


-Sugar Ray started as a metal band,but after the song "Fly" became a hit they continued on a more mellow sound.

ONTD, do you think Twitter is overreacting or this was tone deaf?

It also has a 6.0 rating on IMDb — Tied with 'Suicide Squad' for the lowest rated DCEU film pic.twitter.com/3Qs7YtMVY7

• On December 17 the movie debuted with an 89% rating, coming in just behind the first Wonder Woman film and Shazam! as the highest rated DCEU films.

• After it's US debut on Christmas Day critical consensus dropped to 69% at the time of the tweet included in the post, losing it's 'certified fresh' rating. It's currently sitting at 65%, the same score as Aquaman, but below other DCEU offerings like Joker and Birds of Prey. 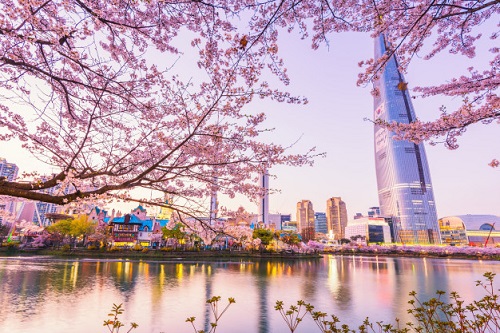 Hello everyone! Hope you are ready to get started on the 2021 ONTD Reading Challenge! Our January month is South Korea. So many interesting and original works from Korea have been translated in the past few years (lucky for us), so we have a lot of great options for this challenge and no excuses not to give it a try!

A quick announcement: the Goodreads group WILL still be updated, thanks to the very kind ONTDers

patchsassy. So if you like to keep track of your challenge over there, you can :)

We'll start with an introduction about South Korea, which OP hopes will help those who don't know much about the country to get more out of the books in the challenge. It turned out a bit long because it was difficult to summarize 1000+ years of history, and so much of it is relevant to the book recs, but I'll try to keep it shorter next time. You can obviously just skip it and go straight for the recs if you want.

have you read any Korean books, ONTD? what will be your pick for January?

‘Wonder Woman 3’ in the Works With Director Patty Jenkins https://t.co/zKvNXTEIbk

-Patty/Gal will return to the film, likely Pattys last as she completes her trilogy.

-WW84 has been has been a disappointment to many fans but if Thor can survive The Dark World, Wonder Woman can rebound from 1984.

#NancyDrew Kicks Off Season 2 With a Grim Discovery — 2021 FIRST LOOKhttps://t.co/lTSrJ4jMkt

-Season 2 will kick off with the attack of a young woman who says Nancy's name before losing consciousness
-Season 2 will introduce gay Black billionaire inventor Tom Swift, who might be the subject of yet another CW spinoff
-No word on what happened to the character found in the bathtub in the finale (I kept this one somewhat spoiler-free)
-The trailer they released looks like they upped the amount of ghosts attacking the gang

Nancy + Ace shippers, are you out there? 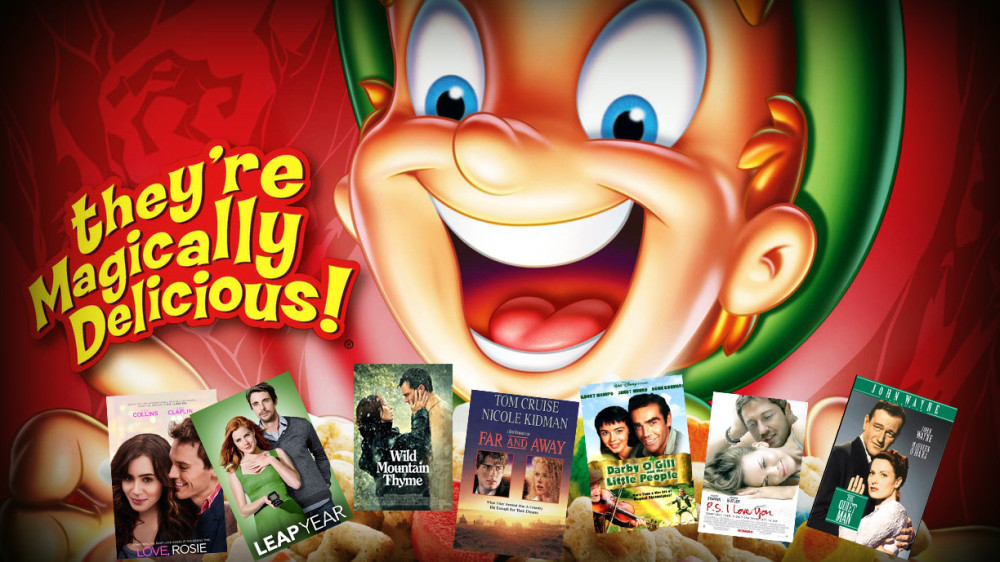 Hello ONTD! After some of the Irish movies (Wild Mountain Thyme, Wolfwalkers) that came out this month, I was recently inspired to go over and review some of the most offensive American-made Irish-themed movies. These movies are trash but also near and dear to me, because I love some good trash.

I thought maybe I should wait for St.Patty's day to make this post but then thought F@ck it! With the way the world is going why wait to do anything!

The rankings don’t necessarily have a system so don’t look too closely at the logic! I also refer to myself in the third person (as OP) in every review. Cheesy? Yes. Do I care? No.

I put a lot of work into this so I hope it's at least a little bit enjoyable! Scroll on for the rankings fellow ONTD’ers!!!!

PSG football player, Neymar Jr, is being slammed for throwing a five-day party at a mansion in Mangaratiba (Rio de Janeiro) for 500 people as a New Year's celebration

When "Hilaria" Hayward-Thomas, of the Cambridge Hayward-Thomases, burst onto the scene as Alec Baldwin's fiance in 2011, dozens of people were enamored with her sultry Spanish accent.  Literally pairs of people were wondering "who is this exotic beauty?!" Well today, the gig is up. Hilaria, or "Hillary" as her parents named her, admitted today in an emotionally raw instagram video, that was definitely not sponsored by Anastasia brow whiz, what we pretty much all knew already... she is a basic white girl.

( Collapse )
ONTD have you ever faked something about yourself for clout?

Of course Ryan Seacrest can't catch, and he also can't grab some balls, so he ends up falling.

ONTD, any other hilarious live moments you can remember?

*Not necessarily better, but they can certainly pull it off.

Disclaimer: by entering this post you understand that OP has been in isolation for over two weeks and you agree to absorb the verbal abuse present in this post.

Let's get our fucking brow game on, you Instagram flops.

Actual stain Lea Michele is proof that some beauty really is only skin deep. Despite being hideous on the inside, she’s always been something of a bombshell, objectively speaking. So it’s no surprise that she’s able to pull off both thick and thin brows. She’d always been able to keep a happy medium with both styles, though she did have some hilariously awful moments that deserve the spotlight because she fucking sucks:

This asshole has always been bold.
[BEHOLD]

2017, DIRECTV NOW Super Saturday Night Concert. Don't believe this to be a real photo? Google it, son. You can't make this shit up. Also how dare you question me.
( Collapse )

SOURCE: the two balls underneath my brow game, bitch.

blackpink has a new ad for globe out, tossing blinks scraps once again!  queens!

O lord I thought he was being kinky showing a flash of his underwear, you never know with this guy

At the moment there are no plans for more chapters. Never say never, of course, but right now we are focused on a full slate of other @intrepid projects for 2021 and beyond. If things change we will absolutely let everyone know! https://t.co/WkkSwsnFlm

He still has a new Horror Show coming to Netflix, 'Midnight Mass' which he wrote, directed and produced. It also stars many actors from the Haunting of Hill House and Bly Manor.

Pedro Pascal, the best thing about WW84 (yes i said it and i stand by it), continues to be flawless while doing promo.

In the video Daddy Mando Pascal answers a lot of questions and even reveals that Din's voice is his bedroom voice.

(no, is is not gay) Casey Cott is engaged to his unnamed and not linked girlfriend

[Vanessa Morgan is on maternity leave and spoils a plotpoint]
Toni will be pregnant as well after the 7 year time jump (bets on Cheryl somehow having Jason's sperm stored for the perfect choni baby?)

[how fucking lazy is this show?]
showrunner Roberto Aguirre-Sacasa posted two quick looks at the timejump core 4 who are all teachers now? maybe?

To celebrate yet another accolade for Fetch The Bolt Cutters as Metacritic chose it as the album of the year, here is a ranking of Fiona Apple's top 10 singles according to the chaos I chose today for myself. 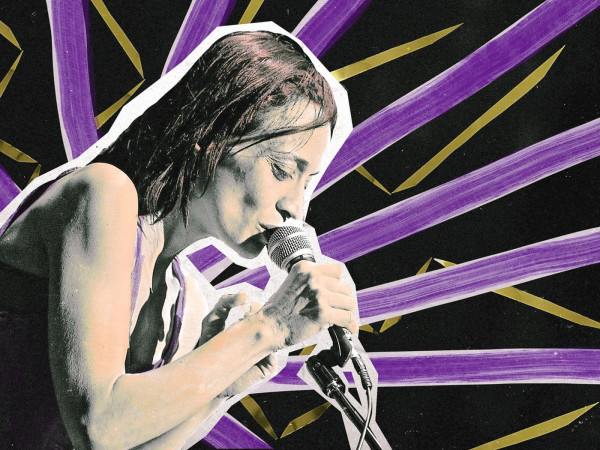 #GemmaArterton says years after Quantum of Solace she sees “so much wrong with Bond women” https://t.co/Zn6T4WPC7h

Gemma Arterton is looking back at her role as a Bond woman.
She played Strawberry Fields in the James Bond movie “Quantum of Solace”.

“At the beginning of my career, I was poor as a church mouse and I was happy just to be able to work and earn a living. I still get criticism for accepting Quantum Of Solace, but I was 21, I had a student loan, and you, know, it was a Bond film. But as I got older I realized there was so much wrong with Bond women. Strawberry should have just said no, really, and worn flat shoes.”

- Monique is still on our TVs acting ignant, so much that Candiace's tissue isn't even folded no mo
- Tinted Testicle calms her down
- Mar-A-Lago Monique says it wasn't about Candiace and she snapped but she won't apologize to Candiace so like... bro what the fuck?!?!?!?!?!?!?!?!?!?!?! And said it when Candiace wasn't on set ain't that about a bitch?
- DOUBLE STANDARD ALERT: THE ONLY TIME BRAVO HAS SAID THEY DON'T CONDONE VIOLENCE IS WHEN THE TWO BLACK FRANCHISES HAVE GOTTEN INTO ALTERCATIONS?
- Imma need the Nosy Sugar Baby's ebbing and flowing curls to shut the fuck up. Just remember, when you marry for money, you earn every penny.
- That BS apology is probably all she had to utter to get a season 6 contract. How much you wanna bet Big Boy is no longer funding the Not For Lazy Moms podcast? Like why not write the letter.
- Candiace probably waited so long to press charges because she was probably waiting for an apology
- Her Brokness (Robyn) sounds like a damn fool "I am so glad (Juandering Eye) Juan Dixon isn't here."
- We get into flip-floppin' Kween Kurn. Did she try to get Candiace fired or did she try to get her some help. Kurn is the Deflecting Kween, so we'll never know the answer.
- MVP Househusband Eddie Osefo is here!!!!!!!!!!!!!!!!!!!!!!!!
- Chris Samuels was having none of this Andy Cohen sports small talk
- Nigga, Eddie is a whole lawyer and he came, Chris is making duck confit quesadillas and he came, Juan and Michael don't have good excuses
- Everyone Loves Ray 👴🏿
- Big Boy says some fucked up shit
- That security guard wants NONE of Big Boy
- Andy is working hard, but production works harder - all of the flowers
- No Andy, you can keep asking Robyn that question
- Pastor Jamal Harrison Bryant is lecturing head deep in congregation poncha
- Deadbeat Brown Dick Chris recounts his altercation with fellow bald headed, failed restauranteur Piece of Shit Michael Darby
- Big Boy and Tinted Testicle hope their wifey-poos be friends again
- Big Boy gives some Tyler Perry soliloquy

Gizelle, Blu Cantrell, YellowLightGreenLight, we have come to the end of the road with Jamal still in the phone. Monique looked like Boo Boo the Fool but you is the one that earned that L. 6, 7 baby mommas. That's a fucking wrap, let's never mention this fucking fight again.
Collapse